Leta Semadeni was born in 1944 in Scuol in Switzerland, and studied Languages at the University of Zurich. She worked as a teacher at different schools in Zurich and in the Engadin, and worked abroad in Latin America, Paris, Berlin, and New York. Her work has been awarded with many prizes, including the literary prize of the Canton Graubünden and the prize of the Schillerstiftung Switzerland in 2011. Tamangur is her first novel.

For information on Leta Semadeni's event on her novel Tamangur with Swiss author and Consul Thomas Schneider, please click here. 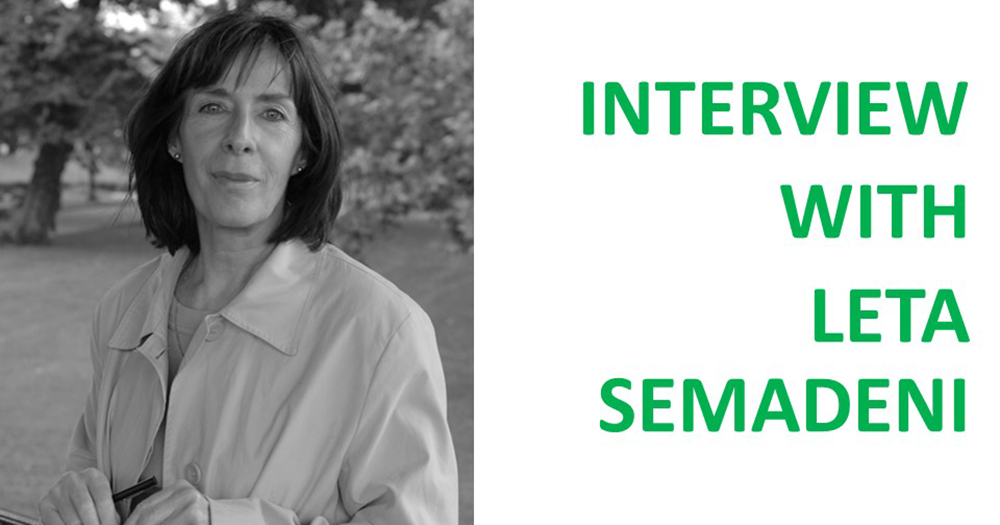 1. Is this your first time in New York? What are your impressions of the city so far? Did you already make some interesting discoveries since you have arrived?

No, this isn’t my first time in New York. I was here 25 years ago but only for a few days as a tourist staying at a hotel. This experience is completely different: This is my home now and I work here, which means that I can enjoy the beautiful illusion that I truly belong here – even if only for a short period of time. The neighborhood I live in is very charming and vibrant. One really feels the proximity to New York University.

I live in Engadin, in a small village with about 200 inhabitants. From my living room all I see are meadows, the forest, and the mountains. The discrepancy between that and my current living situation couldn’t be greater. And this is precisely what I like. Everything is different. This is the perfect thing to recharge my batteries.

The place I’m living in is beautiful, but too much beauty can also be boring and not necessarily inspiring. I need a major city for a change.

2. Could you tell us a little more about your creative process and your work routine? When and where do you like to write?

Unfortunately, I belong to the group of undisciplined writers. For me, there isn’t such thing like a work routine which is why writing always takes a lot of effort. Oftentimes I feel that writing is like a chronic disease, and in equal measure the only medicine that can cure it.

I can write anywhere. I don’t need a particular place. However, I oftentimes get this intense urge to write down ideas when I’m on the train. As it seems, the rattling of the train has a positive effect on my creative writing process.

As I already mentioned, I actually don’t need a specific place to write, but it is natural that the place one is in has an impact on one’s writing process. I absorb many images day in and day out, and at some point they want to be put to paper. This doesn’t have to happen right away. Sometimes, our memory can bring long-lost images back to the surface of consciousness. Everything one absorbs and experiences, makes one’s life richer.

4. At which point in your life, did you decide you wanted to become a writer or poet? Was there a specific moment that you recall, or was it always something you aspired to do?

Well, my father was a writer, which is why writing was something that I was exposed to every day during my childhood, it was something completely normal, and I have always liked to write.

My elementary school teacher came to our school on Mondays and made us write an essay with the same topic each week: “How I spent my Sunday” (In Romansh: Co ch’eu passantet la dumengia). This was a recurring nightmare for most of my fellow students, but I looked forward to it every Monday.

For many years after that, writing wasn’t as present in my life. I was published for the first time in 2001 – a bilingual volume of poems “Monolog per / für Anastasia.”

5. You write in Romansh as well as in German. How/when do you decide in which language you write? Are there themes that can only be conveyed and written in a specific language?

My native language is Vallader, which is one of five Romansh languages. At home we spoke exclusively Romansh. I learned German later in school.
Skipping from one language to another is something that we, Romansh-speakers, had to learn from an early age, and very quickly. It is a skill for which I am grateful today. The fact that my poems are consistently written in two languages is just something that came naturally, it wasn’t planned. It corresponds to my living situation.

6. Recently, the poet Yoko Tawada said during an interview at Deutsches Haus that differences between languages would inspire her – she’s from Japan and moved to Germany to write in German. If she hadn’t come to Germany, so she says, she would have searched for a Japanese dialect or a different language as source of inspiration. Does this apply to you, too? Do the distinct languages in which you write, the sound of words, the different meanings of expressions or alike inspire you?

Learning German wasn’t a choice, but an absolute necessity, which brought me a lot of joy. That’s why my situation is a completely different to that of Yoko Tawada. I’m do not look for the exotic, or the foreign in a language. To me, bilingual writing is rather a (serious!) game with sounds and possibilities inherent in a language. My inspiration comes from someplace else.

7. What is it that inspired you to focus on animals in your volume of poems “Mein Leben als Fuchs”? Do you see/understand yourself as fox?  If so, why? What’s so unique about foxes?

The bilingual volume of poems In meinem Leben als Fuchs – In mia vita da vuolp addresses a variety of issues - it’s not only about animals. I grew up on a farm where animals were omnipresent. I didn’t search for them, they found me. The poem “Tiere – Beschas” starts like this:

What I find so fascinating about animals is their great ability to be present fully in the moment. In the poem “In meinem Leben als Fuchs,” I tried to imagine the way in which such a creature experiences the world.

I understand myself as an average, normal person standing with two feet in life. The fox, however, has a special significance in Engadin. Many local stories deal with the fox or the vixen. There is the myth that certain women temporarily turn into a vixen when they tire of their life as a woman. Then they roam the woods in the form of a fox and experience all the things that their human lives didn’t allow them to experience.

I think so, yes. By giving animals a voice, you distance yourself from your own statement. This distance makes it easier to say things that you couldn’t say otherwise.

9. For which reasons have you decided to leave the characters in your debut novel “Tamangur” without a name?

It wasn’t a conscious decision. It was more of a gut decision, which, in retrospect, was the right one. The omission of a personal name gives the main characters a universal meaning. In my opinion, a personal name would trivialize them.

10. How important is art for you? How has your life changed since you decided to become a freelance writer?

What is art? It isn’t easy to find a suitable definition [for art]. I am surrounded by books, music, and pictures/paintings. They are very important to me.

Since I decided to live as a freelance writer, a lot has changed. It means that I finally can do exactly the things I have always wanted to do and for which I hadn’t had time beforehand. But there are also very difficult moments when you live this life. As you probably know, there is nothing more difficult to deal with than freedom. I’m not particularly disciplined, which is why I often have to force myself to stick to a daily schedule. However the beautiful side to this life weighs much more heavily.

11. May we ask what you are currently working on? What do you think (and hope) 2015 will have in store for you?

Up until now, I’ve published a few bilingual volumes of poetry. In April, my first novel will be published by the publishing house “Rotpunkt.” Now that I‘ve acquired the taste for the novel, this is actually all I want to write. I have an idea for the next novel and I would like collect “material” for this book here in New York. But I currently can’t say anything more specific than that. As of now, the idea is a sort of ladder that will take me to the next project, but I know from experience that the text might take me to places that I wasn’t expecting on going to. 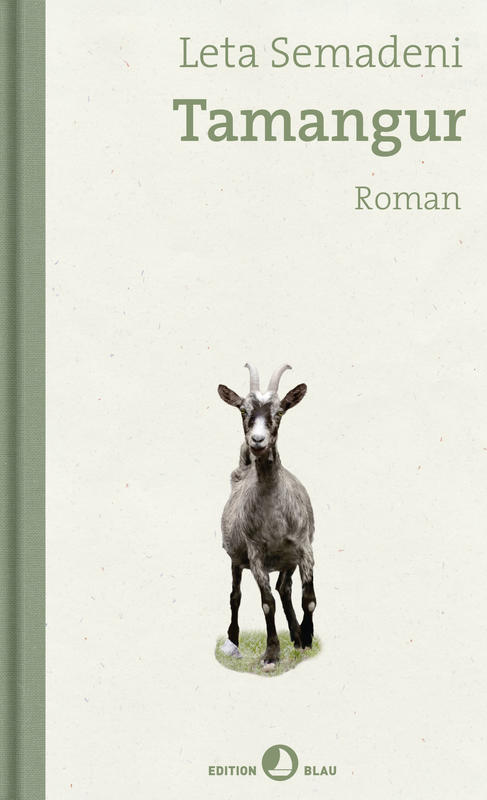