Jan Brandt, born 1974 in Leer (East Frisia), studied History and Literary Studies in Cologne, London and Berlin, and attended the German School for Journalism in Munich. He is a regular contributor to magazines and newspapers. His novel "Gegen die Welt" from 2011 ("Against the World", translated by Katy Derbyshire, published by Seagull Books in 2016) was a finalist for the German Book Award and won the Nicolas Born Début Prize. Jan Brandt has also received various literary scholarships and residencies such as Ledig House and Yaddo in New York and Villa Aurora in Pacific Palisades. The "Sueddeutsche Zeitung" called his latest book, the memoir "Ein Haus auf dem Land/Eine Wohnung in der Stadt" ("A House in the Country/An Apartment in the City", 2019/2020) "enormously clever and overwhelmingly stimulating … the book of the hour". He lives in Berlin.

Please join us on September 30, 2022 for a conversation between Jan Brandt and the author Andrew Conn. RSVP here.

When did you know you wanted to become a writer?

Even as a child I was fascinated by literature. Before I could read myself, I drove my mother to despair because I always wanted to hear one more bedtime story, and another one, and another one. But the impulse to write professionally came in my teens after reading Camus, Kafka, and Stephen King. When I was 17, I wrote my first novel, which luckily no one ever read.

Who is/are your favorite author(s) and how have they influenced your own style and career?

Denis Johnson. I read his books with trembling hands, over and over again, as if in a delirium. And each time, a new layer of underlining, post-its, and marginal notes settled over the pages. His springy, light sentences. His simple yet abysmal style. His colossally crazy dialogues. His humor in every detail. His best book is the novella “Train Dreams” about a railway builder, who loses his family in a fire, and is haunted by their ghosts. The most perfect piece of prose ever written.

Your debut novel "Gegen die Welt" (Against the World" in translation by Katy Derbyshire) is a coming-of-age story based on a character growing up in small-town-Germany. How much of the inspiration for this story was drawn from real life (growing up in East Frisia) and why did you feel compelled to write it?

Everything about this novel is autobiographical, even the scene in which the aliens take over the world. I grew up in the country, in a small village. Everyone knows everyone there. And there is a great deal of pressure to adapt. The hero of my novel rebels against bourgeois values and ideas of a decent life. I always felt like an alien in my youth, and I had to write this in order to continue living.

How was the reception for "Gegen die Welt" where you grew up? Did friends, family and people who live in your village read the book and recognize themselves or their surroundings in the book?

When the book came out, I thought the villagers would lynch me. But then it was shortlisted for the German Book Prize, and they congratulated me, which I can only explain by the fact that they hadn't read the novel.

Could you speak a bit about the concept of "Heimat?" You grew up in East Frisia, but then moved to Berlin in your early 20s. The recurring push and pull between urban and rural life is reflected in your work – e.g. in your memoir "Ein Haus auf dem Land / Eine Wohnung in der Stadt" – where you oscillate between a gentrifying and increasingly unaffordable Berlin, and the preservation of the 150 year-old house of your great grandfather, which was threatened by developers. Have you found a kind of equilibrium between these two poles?

For me, home is an ambivalent concept. I grew up in East Frisia, but I always had a problem with people being narrow-minded. Everyone must be like everyone else there. Every deviation is commented on or delegitimized. Nevertheless, I feel connected to this world.

In Berlin, however, I felt at home for the first time. At the end of the 1990s, the city with its low rents was an anticapitalist alternative to all other capital cities. Now, that everything has gotten so expensive, I'm looking for a permanent place again. I guess, I have to get used to living in the twilight zone.

In the books that you've published so far, is there an overarching theme that you want to explore or a particular question you want to answer that ties them all together?

The connection between all books is perhaps the feeling of homelessness, non-belonging, and misunderstanding. I feel like an outsider, always and everywhere. Writing about it helps me to understand this process.

What is your creative process like and how do you come up with ideas for each novel, play, story, and essay?

The starting point for every story is reality. I must have experienced what I am describing. I either put myself into situations on purpose, or I conduct a lot of interviews to immerse myself into strange worlds.

When did you first visit New York and what were your first impressions of this city, especially in comparison with Berlin?

For the first time, I was in New York in 2003, staying at a friend’s apartment in the Financial District, in a high-rise building with a view on other high-rise buildings. I found the rents brutally high and the city beautiful, exciting, inspiring, and incredibly exhausting at the same time. I was mugged on my very first night. After that, I really learned to appreciate my life in Berlin.

If we may ask, what is your current project and what do you hope to achieve during your time as the writer-in-residence at Deutsches Haus at NYU?

I'm working on two projects here: on a chapter for my emigrant novel. Arriving by ship in New York. And a novella about a copywriter. Both texts are set in the 1950s, the beginning of the Cold War. With the war in Ukraine, they suddenly feel incredibly contemporary.

Find out more about our event with Jan Brandt here. 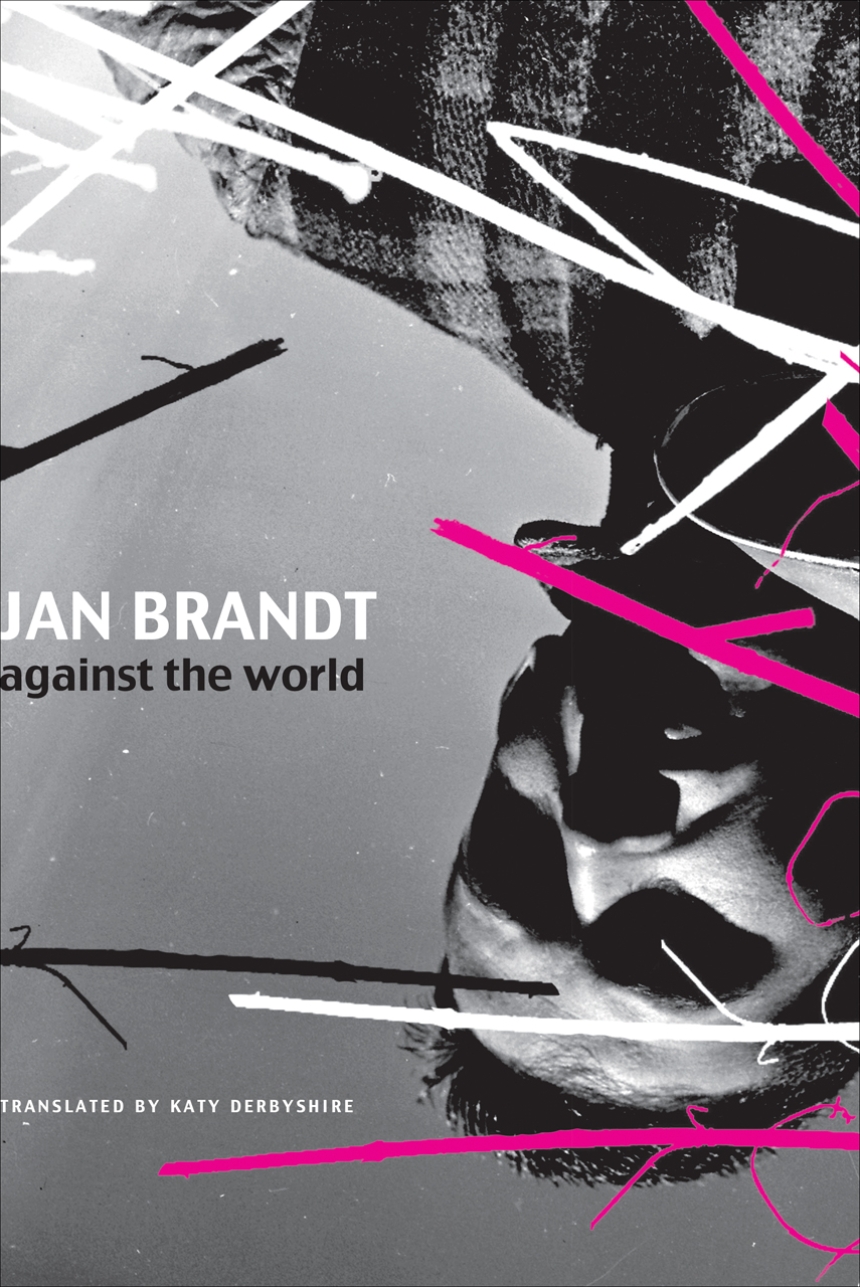