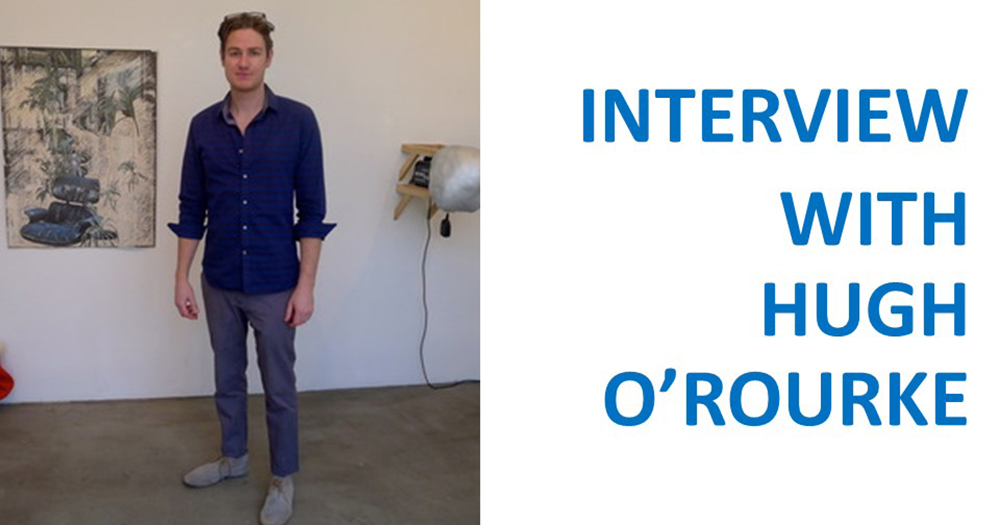 1. Could you tell us a bit about the exhibition Berlin Becoming

Berlin Becoming is a show that celebrates Berlin’s effect on NYU students who have traveled and studied abroad with the NYU program, it is the third annual exhibition that the 80WSE Gallery and Deutsches Haus have worked on together.

2. What was your inspiration and how did you make your selection of artists?
I have never been to Berlin but have always hoped to go. The urban design of Berlin contributes in so many ways to why it has become a magnet for artists and that is something I’ve really wanted to experience firsthand. It is a cultural epitome at the moment, and everyone who has been talks about how much creative energy is felt by just being there.

3. Are you familiar with Berlin? What is your impression of the city?

We selected the artist for this year’s show a little bit differently than in years past. We wanted to have a wider breath of work and allow more artists to be involved so that it had an organic feeling that captured some of the energy that people felt about the city and their experience.

4. Where are you from? When did you move to New York and why?

I grew up just outside New York City in Westchester County. I received my BFA from Ithaca College in Ithaca, NY, and then earned an MA from NYU. I have been living in Brooklyn and working there or in Manhattan ever since, so I’ve been lucky to have gotten a well-rounded New York experience that isn’t just based solely on the city as an environment.

5. Could you speak about John Logan Criley’s Wish Upon a Satellite, which won the $1000 NYU Berlin Culture Brewery Prize 2014? What sets this work apart?

Logan’s piece felt to me to be based in ideas of communication. The television, the satellite dish, and the mouth, to point out a few details within the overall sculpture, are all methods used to communicate, and Logan managed to entwine these in a such a decisive way that it also connected with the idea of expanding conversation between New York and Berlin. The idea of communication really came across clearly in both the sculpture and as a stand-alone image, which we used for the poster and advertisement to represent the entire show in general.

6. You work at 80WSE, NYU’s Washington Square Park Gallery. Could you explain your work at the gallery? What was the most exciting project you worked on at 80WSE?

Currently, I’m working as the NYU Gallery Manager, but I’ve been working with 80wse Gallery for the past four years in varying roles and it has given me a lot of different art experiences – curating and installing along with countless opportunities to meet all types of artists and converse and be involved directly with them and their specific ideas. This has had a direct impact on my own art making practice and my thinking about art in general. I have a lot of respect for curators. Curating seems like an obvious role within a gallery, but it is actually something much more nuanced then people imagine. Negotiating the space, along with the artists and artwork featured, in a way that in the end, allows everyone to feel that their ideas were correctly represented can be much more difficult then it may initially seem. Often times negotiating has to happen because of basic limitations within the architecture of a space, and this is where you can really see someone be creative when forced to reconfigure a show or an idea in a short amount of time dealing and responding directly with their restrictions.

7. You received your M.A. in Studio Art from NYU. How was your experience at the school and what would your advice be to students wanting to pursue this degree?

I try to confer to most of the artists just starting out that showing and being an artist in most cases is not a quick ascension, being in exhibitions and garnering recognition isn’t like getting shot out of a cannon, it is much more like climbing a ladder. If I could give anyone advice about being involved in the arts as a profession, I would say it is one of the hardest fields to be involved in but also one of the most rewarding. It has to be something you really love, because there are so many people who want the same things, and you really have to stick it out and be willing to work hard, learn, and be humble.

8. What’s next for you? What would a dream project look like?

I have lots of dream projects. I would really love to curate a show of my peers in a unique non gallery environment or have a show of my own art work in a large open space. Being a full-time artist and curator is also a luxury I’ll have to keep dreaming about for now. 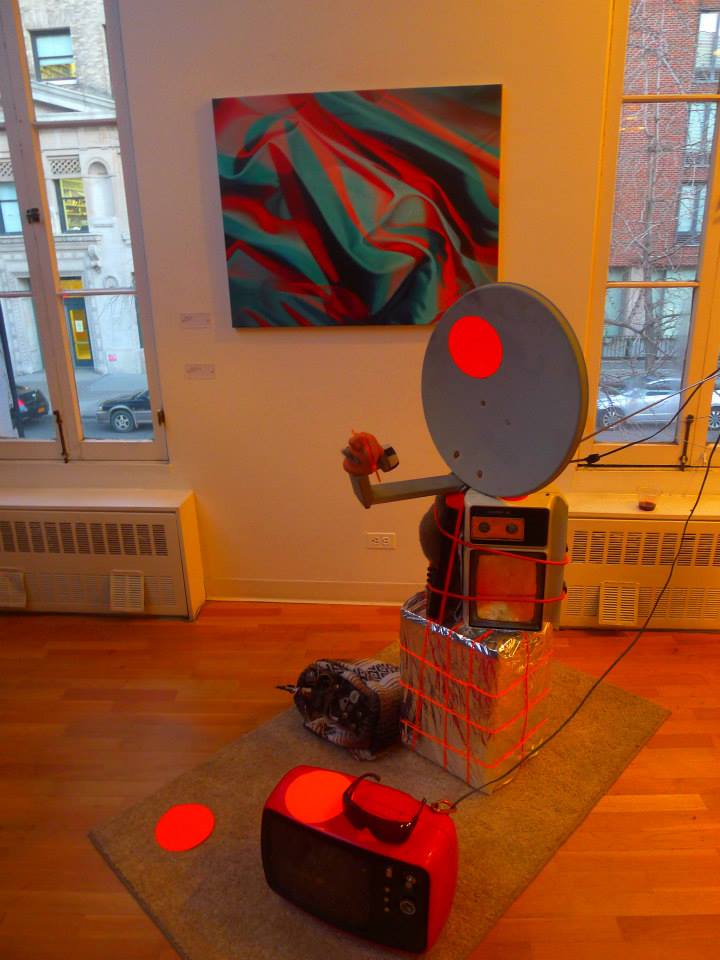