Florian Reischauer (b. 1985) is an Austrian photographer and blogger based in Berlin. For the past five years he has been working on the blog Pieces of Berlin, attempting to capture Berlin's everyday life. In 2013, a solo exhibition of the project was shown at the Austrian Cultural Forum in Berlin, and a book of the same name has just been published. His ongoing project Grüß Gott - A Fairy Tale will have its inaugural exhibition at Deutsches Haus at NYU in January. 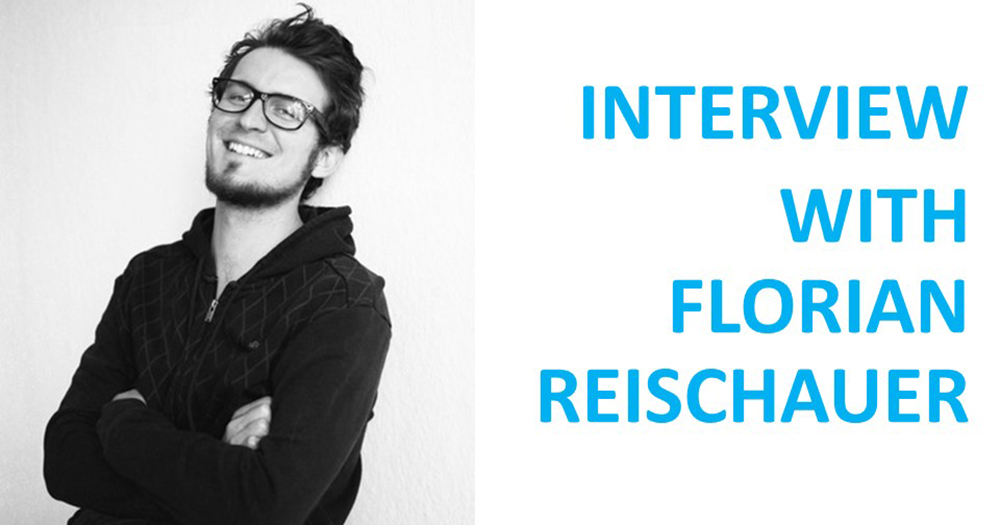 My name is Florian Reischauer, I am 29 years old, was born in Austria and have been living and working as a photographer in Berlin since 2007. Beside my blog “Pieces of Berlin”, which portrays the people of Berlin and the city’s everyday life, I started “Grüss Gott – A Fairy Tale”, a project about a small village in the countryside. I try to tell a fairy tale with an unwritten plot which each viewer experiences individually. It is about a small community, traditions, loneliness and companionship and about being stuck in time. How do people interact and get along with each other in a somehow closed environment.

The landscapes function as stages on which the story is set, and I wanted them to convey calmness and silence with little hints about the time of day. I wanted to show how the seasons and people change again and again. Therefore I have chosen these particular places, which are also (in reality) part of one village. I took the photos at different times of the day to create a range of atmospheres.

3. How do you select the people who stand for your portraits? What about their clothes and their surroundings? Is the making of your image a collaboration or are you directing every last detail?

Every person I portray represents a certain group, like the firefighters or sutlers (civilian merchants) who accompany the brass band within the small village. I tried to remember certain people from my childhood and the first ones which came to my mind I asked if they wanted to take part in this project. Luckily most of them agreed and in the end it was a collaboration: I told them that I would like to take a portrait of them wearing their traditional working clothes or uniforms and let them get ready on their own as I was scouting the locations. While shooting I hardly gave any instructions, e.g. how they should look. I wanted them to present themselves intuitively in front of the camera.

4. Do you have a favorite portrait or image in this series? If so, which one and why?

That’s a difficult question and it changes all the time because the whole project is still developing and not finished yet. Right now I like the portrait of Cilli the farmer a lot - the last portrait I took for this project (so far), which will be hung right in the main foyer of the exhibition at Deutsches Haus at NYU. For our appointment I picked her up right when she finished work at her stable and she was dressed almost exactly like the picture I already had in my mind.

5. You work with a medium format camera and still shoot your images on film. How come you haven’t made the change to digital? Can you tell us a little bit about why the analogue process complements your work?

In my opinion analogue photos have a totally different depth, which is not easy to explain - it is a certain feeling. They appear more organic, warmer. The colors are more like the memories I have in my head.  Digital photos are sleeker* and not that tangible.

I love the whole process – Shooting a roll of film, developing and scanning it - and not seeing the results right after you hit the shutter – that’s exciting somehow and gives you and the project the additional time that is needed. I also shoot far fewer photos and try to be as focused as possible for each one when I shoot analogue, while digitally I would automatically take many more.

6. So much of this project deals with childhood memories and associations of fairytales. Do you have a favorite fairy tale? How do you account for the timelessness of these tales, particularly when it comes to popular culture?

I actually don’t have any favorite fairy tale, and honestly when I was a kid I was kind of afraid of them.
I think that fairy tales can be pretty liberating, in a way like escaping from things being familiar. They are wondrous stories with no sense of time or definition of where they take place.

7. This is the second time you’ve been to Deutsches Haus at NYU. What are your impressions of New York City? How does this city differ from the city you call home, Berlin?

New York seems to have a lot of different faces and contrasts. It is incredibly fast. Walking down an avenue in Manhattan is like being on a highway for pedestrians. But then there are also spots, which you would not expect and where time seems to stand still.
It is bursting with energy and creativity – which to me is inspiring but also frightening. When I was walking around in all these different neighborhoods, asking people if I could take their portrait and have a chat for a pieces of berlin excursion I couldn’t get enough of it. I love how heterogenic the city is and its diversity. If I compare that to Berlin, it feels like living in a village.
What scares me in turn is the big gap between the very rich and the very poor.

8. Last year you brought out the book “Pieces of Berlin”, which focused on the everyday inhabitants of Berlin and their stories. How do these two projects relate to each other, if at all? Were you working on them at the same time? How does your approach differ, depending on which project you work on?

The approach and the way of telling a story is of course very different, although in both projects people and their surroundings are central. Discovering a living environment, dealing with everyday life and detecting interactions between people within a small society or generally inhabitants and their home.
I work on both projects at the same time. Pieces of Berlin is an ongoing part of my daily routine and theoretically endless. Grüss Gott – A Fairy Tale, on the other hand, will have an ending, though I haven’t completed the work on this project yet.