Pavel Cuzuioc was born in Chisinau, Republic of Moldova. In 2000, he moved to Vienna where he followed courses on film directing at the Vienna Film Academy. His films where screened at various international film festivals such as Locarno FF, IDFA, HotDocs, Sheffield Doc/Fest, Clermont Ferrand ISFF, Black Nights FF, DocAviv, VIENNALE and others. His films include Please Hold the Line, Secondo Me, Raisa, and Digging for Life.

1. Can you tell us about the origin of the idea of following cable technicians and telling their stories, as well as those of people they service? How did the format of the film take shape and how did you find the main protagonists – both the technicians and customers – of your film?

I was always interested in unusual professions and themes related to their jobs. My first feature documentary was about gravediggers, and my second one was about cloakroom attendants from three European Opera Houses. Furthermore, as probably anyone else in this world, I’m interested in themes like death, passing of time, and communication, the last of which made me choose the profession of telecommunications technicians as my subject.
In order to find protagonists, I approached telecommunication companies and pitched them my film idea. Then I followed technicians doing their daily tasks visiting clients, doing maintenance work, etc. They were tour guides through their societies for me.
Regarding showing customers’ lives, we know that the camera sometimes works as a weapon and sometimes as a therapist. On one hand, people can get afraid of it, but on the other, it is maybe one of the few moments in their life to open themselves up. At the end of the day, everybody wants to be heard. Talking helps, the camera is the one that hears, and the director helps to liberate them.
Nothing was staged or prepared. The film was shot in a cinéma vérité way but edited in a fictional manner. This doesn’t mean, however, that the objective reality was distorted. 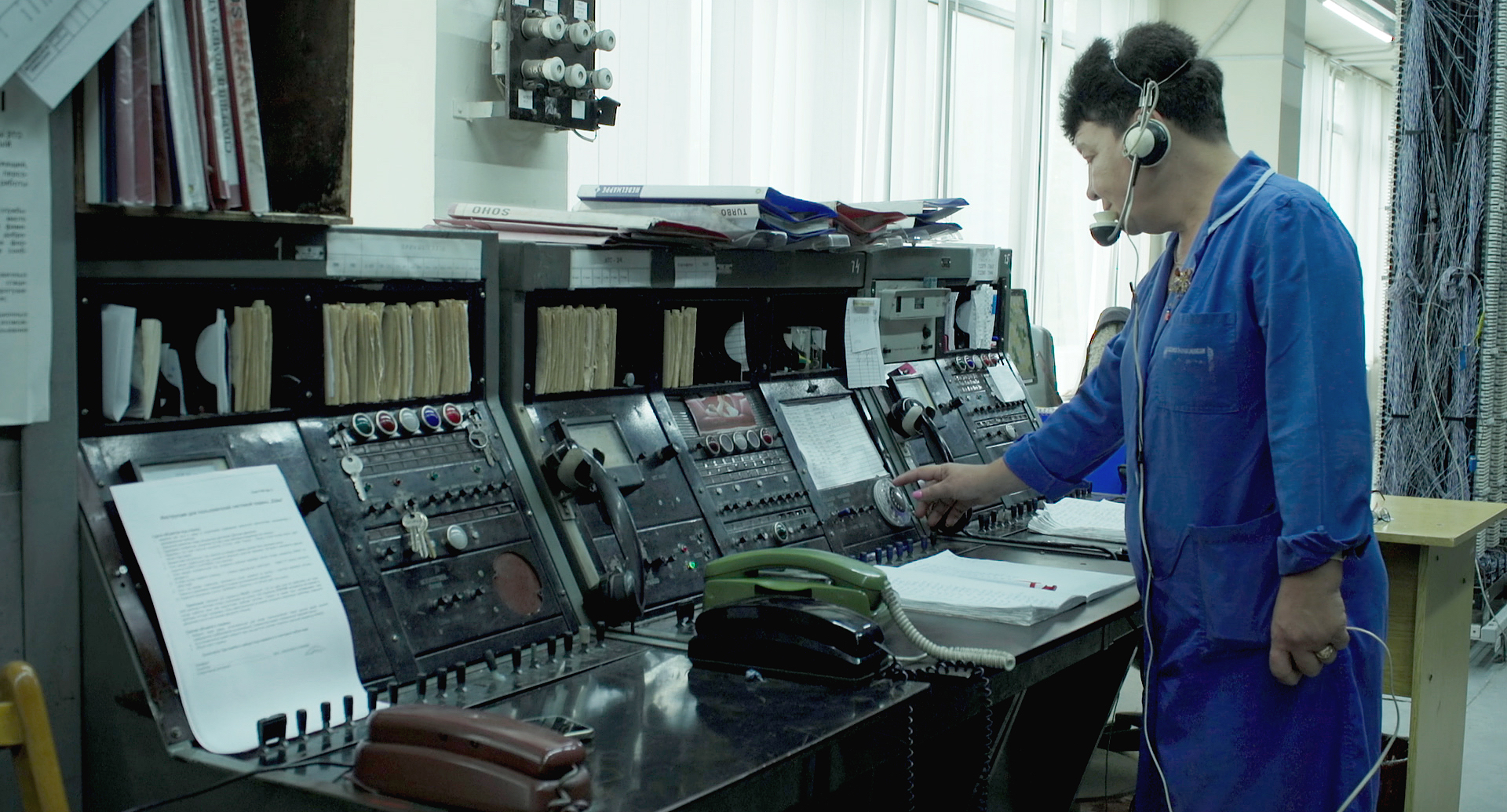 2. For the viewers unfamiliar with the history and culture of Eastern Europe, what do you hope they will walk away with after watching Please Hold the Line? For someone who comes from Eastern Europe but has lived and worked in Western Europe, were there any parts of the day-to-day life you particularly wanted to show to the viewers from other cultures?

Even if the mise-en-scène is a part of Eastern Europe, I didn’t intend to make a film about that particular part of Europe. Situations represented and stories told in the film are universal. For example, someone from Spain has watched the film recently and told me that it reminded her of people from Andalucia, where she grew up. Geographic considerations weren’t really as decisive as my personal connection to the area. The location is only significant to me in that I can move around easily and I know the languages. That enables me to conduct research and to keep my eyes open.

What always matters to me are the people. I want to make it very clear that we are all equal and yet each person constitutes a world of their own, an individual planet. No matter which sophisticated means of communication are available to us, we continue to understand each other with great difficulty because everyone has their own perspective on life and a uniquely individual way of expressing themselves. As far as I’m concerned, language is a constant source of many problems.

3. Were there moments and places that did not end up making the final cut? Can you give us an insight into your editing process, how were you deciding which stories to include?

I had to knock on many doors. 70% of the people let me in, and 5% of them were interesting encounters who ended up in the film. Some scenes were really good as single entities, but because they don’t help in constructing a dramaturgical structure, I had to rest them on hard discs. Unfortunately, in a documentary film, you have to sacrifice a lot of good footage in editing. That’s a known fact.

4. Please Hold the Line has a vast amount of symbolism surrounding the conflict of old and new, communication and isolation, mass media and its recipients. Can you talk more about how these themes took shape as you were making the film?

The question already contains some answers.

I pose a set of questions to myself before starting a project. While seeking answers during the filmmaking process, new questions arise at the end. The main purpose is to make a film that not only confirms some assumptions but also generates new ideas, some of which are ideas for my new film subjects.
An auteur documentary film is not based on pre-fabricated drama. I try to work intuitively. All the symbolism or analogies that you see or feel in the film result from a creative process that isn’t necessarily based on theoretical ideas or knowledge.
The same goes for watching the film. Often it is better to enjoy what you see and feel during the screening than try postulating the existence of an “objective reality”. 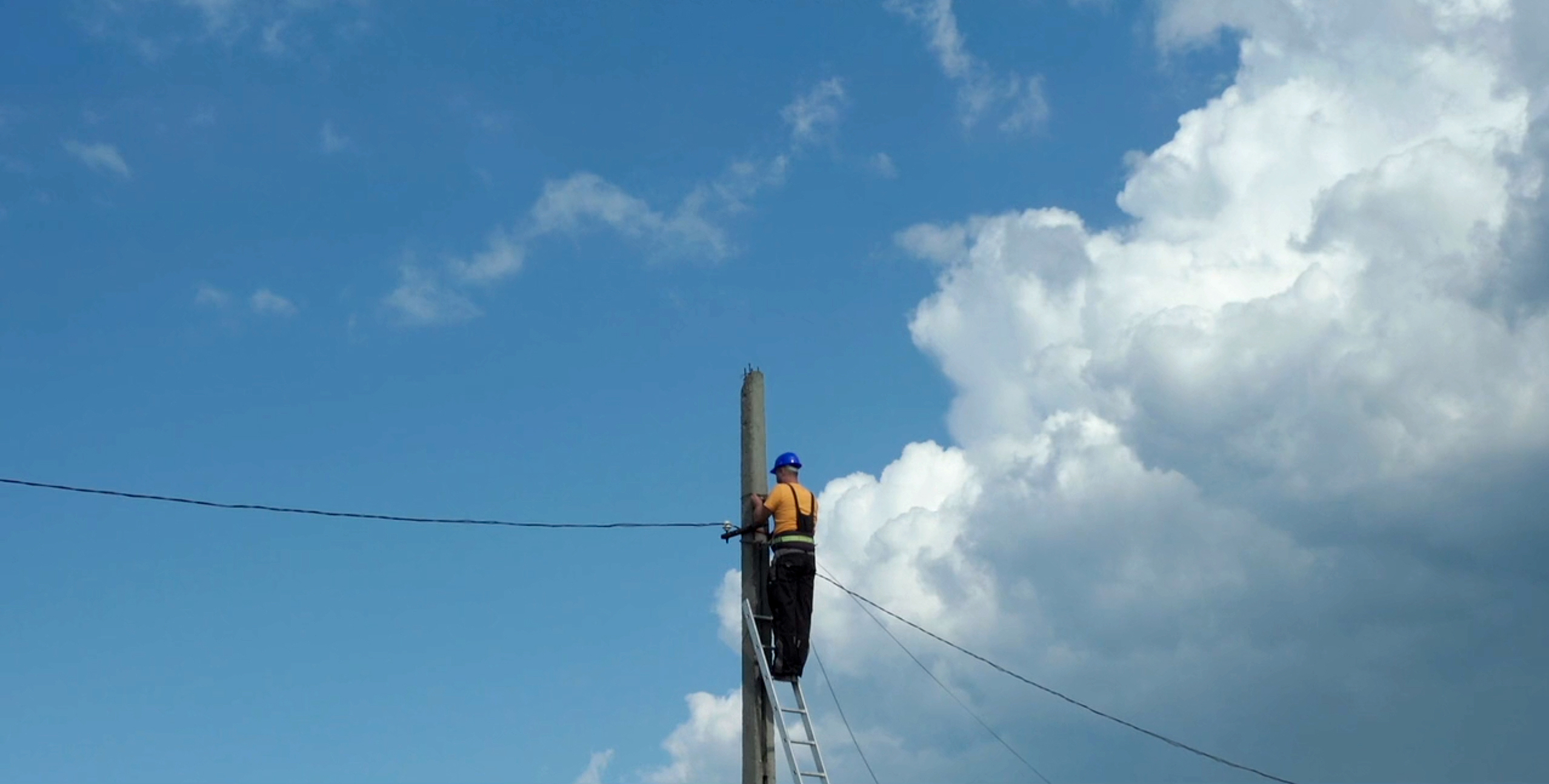 5. Some of the film’s imagery is incredibly memorable, from a wide-angle shot of a cable technician working in front of blue sky to transitions between a priest’s speech about modern communication and the exposition of his small town. Can you talk about your vision for the film? As a documentary filmmaker, how do you achieve those shots while filming in a real-world environment? Are there films you looked up to for visual inspiration?

When I work alone with a camera and sound, while communicating as a director with protagonists at the same time, a kind of aesthetic happens where things move within the frame rather than a camera looking for them. I couldn’t repeat any of these situations, even if I wished to. You have to compose a shot quickly and be very sure about what you want, which often necessitates technical compromise – perhaps there’s too much shade on the left because the lens can’t cope, but I have two protagonists in focus and good sound quality. That way I can concentrate on the content and on directing. The less fuss you make about things like that, the more relaxed protagonists are in their behavior. I also think there’s a lot of significance in the second and third levels of an image. They’re important components in bringing out the foreground. I really care about that.

6. As a filmmaker-in-residence in Deutsches Haus at NYU, what are you looking forward to in your visit to New York City in terms of inspiration for your filmmaking?

For me, this time is a great opportunity to take a deep and long breath, inhale as much as possible of the multicultural life that this great city is offering. I’m always happy to be here.

7. In light of the current Russian invasion of Ukraine, do you think Please Hold the Line will take on a different meaning? Can you talk about how you feel the scenes of Volodymyr Zelensky’s inauguration and peaceful Ukrainian life will be seen from today’s perspective? What does this war mean to you personally?

Unfortunately, February 24th changed everything about Ukraine and far beyond. I’m very sad about this because it’s irreversible. It is like all the experiences I had there while filming – a peaceful Ukrainian life – are all a dream, a reality that has never happened.
Zelensky is a phenomenon. The inauguration scenes in the film are there to establish a period of changing times in Ukraine, changes that people needed and are still seeking and fighting for. Every war is a catastrophe. For me, there can’t be motives and excuses to begin a military conflict. The human race still has a very long way to evolve.

Learn more about the screenings here. 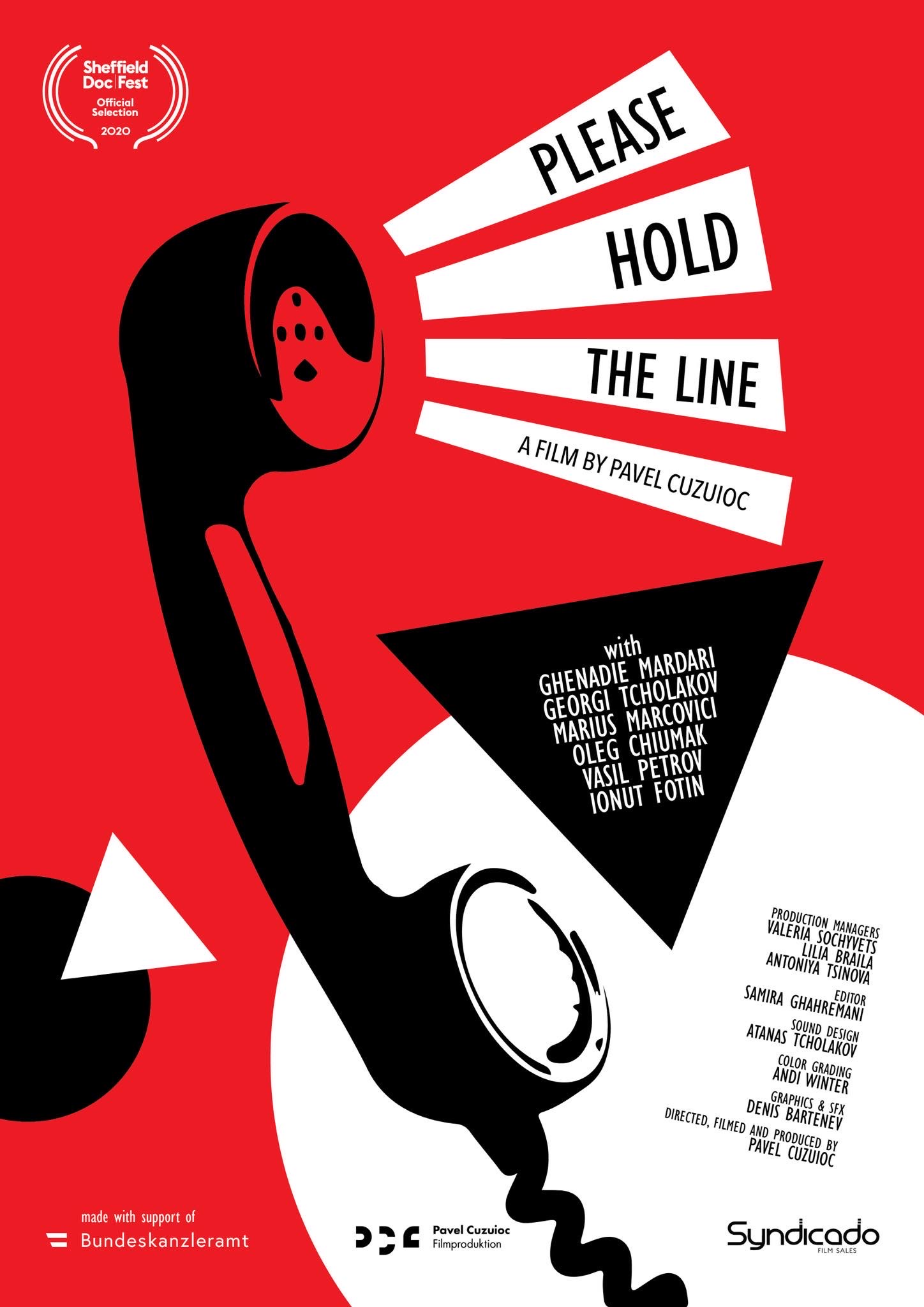