You both studied at the Filmakademie Ludwigsburg in Germany. When and why did you decide to become filmmakers and what is it about the medium of film that excites you?

Elsa: I was fascinated by movies since my early childhood. But to be honest, out of the village in Carinthia where I was born, to become a director didn’t seem to be a realistic dream. So I first decided to go into theory and study film science in Vienna. During my studies I got access to experimental and arthouse films, which was a completely new world for me, forms of narration that really shook me. With these inputs I started to produce films of other directors and even started to work closely together with them as a co-author. These experiences encouraged me to follow my intuition, so that after my production studies at Filmakademie Ludwigsburg I directed my first film together with Levin. So since 2014 we have been working together directing and producing our films.

Levin: I already decided as a teenager that film would be the center of my life. At first, my approach was rather journalistic. The form was secondary to the information. That was how my first works were made. This brought me into conflict with " commercialization" and editorial work at a very early stage. That's why, in my early 20s, I decided to attend film school to develop a film language that would keep me away from those complexes. What I found there was a group of people with whom I started to experiment together in a very isolated way. The work with Elsa as a duo and our close collaboration with camera, editing, sound and music came out of that.

For your film “Space Dogs” you won the Erste Bank’s ExtraVALUE Film Award. What is the essential story of this movie and why do you think it resonates so strongly with audiences?

Elsa & Levin: The core of the film is surrounding the topic of taming nature and wilderness. It is a film about the ghost of Laika, the dog which was the first living being sent to earth's orbit. The film follows her descendants, a pack of stray dogs on their wanderings through the streets of Moscow. Our film shows animals in a quite untypical way for cinema. Usually we are not used to being on an animals eye-level for 90 minutes, maybe it is exactly this physical experience, that is touching so many people.

Your film uses historical archival footage, stunning documentary imagery, and at the same time the device of a fictional off-screen narrator's voice. Why was this very tightrope walk of genres eminent to approach the narrative of your story?

Elsa & Levin: During the making of "Space Dogs," we never discussed the topic of genre. We always followed our intuition and inspirations with the aim to create a cinematic access to the questions of how we look at animals, and more important, how they look at us. Over the years of creating our film, many different thoughts and approaches shaped this film. For us there was no dogma regarding any genre, we simply followed the paths of those dogs and we took different forms of cinematic methods to capture our vision on screen. Our main aim was to create one narration, out of the many materials, timeframes and layers.

By founding your production company RAUMZEITFILM, you have given yourselves the artistic premise, among others, to grasp space in a new cinematic way. Please describe to us why "Space Dogs" was exactly the right starting project for this vision.

Elsa & Levin: With its many layers we found plenty of ways to express our cinematic language in this specific work. It was quite a big first filmic project after our studies. We don’t know if this project was exactly the right starting point, because from a production point of view it was tremendously risky. We had to fulfill the role as artistic directors and also as first-time producers of an international coproduction. We were also lucky, in that we found a very experienced and enthusiastic production partner in Annekatrin Hendel from Germany.

The concept of "dog as man's best friend" has been central to big Hollywood productions of the past. To what extent do you see a new truth about the species of dogs depicted in your film, which is also in line with your experiences during the many weeks of shooting?

Elsa & Levin: We would not name it truth about a species. "Space Dogs" is our view on this specific pack of stray dogs in Moscow. We’ve spend over half a year with them, we shot for 60 days and got to know them really well. Of course this time changed us a lot, and you can sense this in the film. Also the proximity to the archival material over 2 1/2 years had a big influence on what the viewers see on screen. But this stays open to each and every spectator. It is an open film, so your background, your knowledge, your experiences really shape what you experience during our film. Unlike big Hollywood productions, we had two principles: We only shot in spaces that the stray dogs could access and the narrator never addressed how the dogs might feel.

As an audience, we can only imagine the many practical challenges of your filming. To what extent did your story on paper change precisely because of these obstacles, and did these changes perhaps even improve your story?

Elsa & Levin: We worked with a quite clear and detailed script, which helped us to create the structure and fundament of the film. But obviously we knew from the beginning, that we can not provoke any scenes or happenings. So the script was changed all the time. During the shooting we constantly shaped, reformed and recreated the script. During the editing, we went through the stage of re-scripting the film again and again, until we finally reached the narration you see now.

What secrets did your cinematic travels with the dogs reveal to you about Moscow, Russia, and the human species in general?

Elsa & Levin: Actually we have never been to Moscow or Russia before our first research for this film. So it was a quite specific and very intriguing way to get to know a city. Most of the secrets where revealed during night time, when the humans disappeared and the dogs conquered the city. Then we felt like companions of their wanderings through their environment. With the dogs we encountered humans, that where also „straying“ through the city. Workers from Central-Asia, who live in very precarious and tragic circumstances live in the areas in which we filmed. So it is a really very narrow and specific angle, we witnessed in these places.

What political and possibly ideological hurdles did you face in exploring the Soviet archival material?

Elsa & Levin: These were less ideological hurdles than much more ordinary personal and bureaucratic hurdles. The people in the archives work with very few resources, staff and equipment. Over time, we understood that these workers had built a very personal relationship with the archival materials they manage. Therefore, it was always important for them to understand what these images are used for and how. Understanding that took quite a long time for us. But as mutual trust and understanding grew, we were able, after several years, to secure all the materials as well as many unpublished images for our film.

What did it mean to you as a film crew to say goodbye to a pack of wild street dogs that had taken you into their midst for six months?

Elsa & Levin: Of course this was quite a moment for us, but obviously we could not tell those dogs, that we will not come back next day for another shooting. On the other hand it felt very right to leave in that moment. They got so used to our company in that moment, that they started to wait for us to move. As we always wanted to portrait their natural movements through the city, this period marked a natural end of our relationship. We visited the dogs already two times after the film was finished, and found them exactly in the same spot in the same constellation and condition.

Now that you are filmmakers-in-residence at Deutsches Haus at NYU, how are you planning to spend your time in New York City? How will you continue working on current projects and what kind of new inspiration do you think you might seek in this city?

Elsa & Levin: We want to use this residency primarily to break out of our normal work routines and gain some distance. Two of our projects have challenged us a lot in the last years and were related to many hurdles and complications. This residency marks a break that allows us to return with a new perspective. Being in New York for the first time, we are especially trying to understand the unique rhythm and construction of this city. That's why we are interested in the unique art and museum landscape as well as in the neighborhoods, some of which are located far outside the city centers. 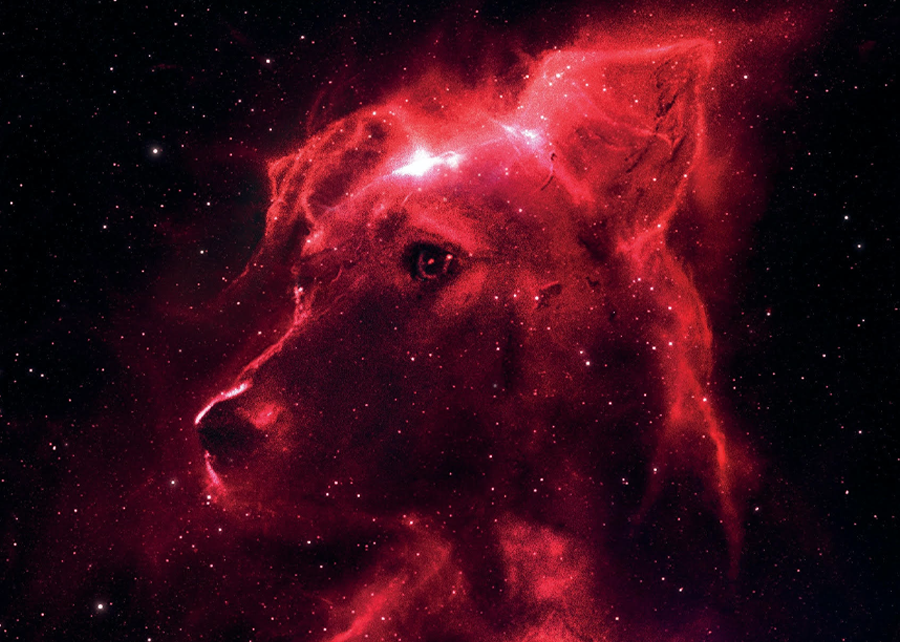