Elias Wessel was born in Bonn, studied at the University of Art and Design in Offenbach am Main, and is currently based in New York and Germany. He has had works exhibited at museums and institutions including the Museum of Contemporary Art – MOCA Taipei; Museum Heylshof and Museum Andreasstift Worms; the Goethe-Institutes in Prague and Frankfurt am Main; Heinrich Hoffman Museum Frankfurt am Main; the NRW Forum Duesseldorf; the historic 1014 Fifth Avenue; and the German Consulate General in New York.

For information on the opening of Elias Wessel's exhibition "In the end, though, nothing is lost," please click here. 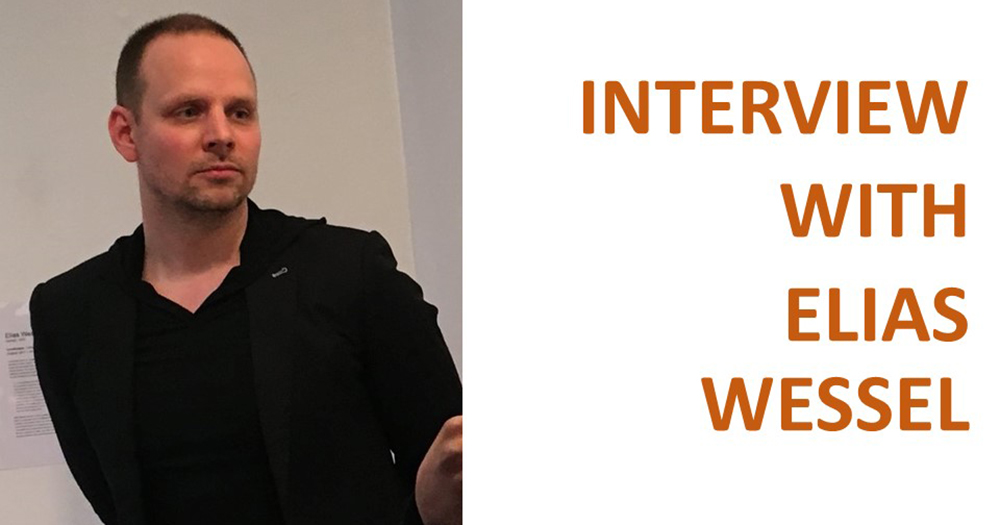 1. To start, perhaps you can tell us about your background in Germany. What artistic opportunities did you have growing up in Bonn? What drove you to study art and become an artist?

Literature, politics, and music have been within my family, so I began experiencing exhibitions, opera, and theater at an early age. I was born in Bonn, but mainly grew up in Speyer am Rhein, a small historical city near the French border with a vivid cultural scene. My youthful interest in street art led me to travel consistently to art events and renowned museums all over Germany. In 1997, I encountered the artist Sigmar Polke at his retrospective The Three Lies of Painting at the Kunst- und Ausstellungshalle in Bonn. Inspired by Polke’s paintings, I began studying art history at the Ruprechts-Karls University in Heidelberg and received my diploma in photography and visual perception from the University of Art and Design in Offenbach am Main in cooperation with the Städelschule, Staatliche Hochschule für Bildende Künste in Frankfurt am Main.

2. The works currently on display at Deutsches Haus come from your artist residency in Kursk, Russia. What were your motives to go to Kursk specifically? What did this residency consist of? What effect did the people, the landscapes, and circumstances have on your artistic process?

Kursk is an ancient city near the Ukrainian border which looks back on more than a thousand years of history. It is renowned for the famous tank battle that took place there during the Second World War, a battle that halted the German advance in Russia. Further, the city also has its place in art history since Kazimir Malevich lived there from 1896 to 1904. The residency itself is an annual event by invitation of the city of Kursk and the Union of Artists of Russia. It is held to develop and consolidate friendships between artists from different cities and countries and to serve as a platform for free interaction among the invited artists. To my surprise, the mayor asked me on the spot to document the beauty of the old Kursk suburbs and the surrounding countryside: “Today there is still no road pavement. But it’s on its way and the roads will soon be built. That is why you have to capture this.” he said. According to the city administration, modernity would move in with traffic lights, motorways, and radar controls. But for this conversion, as well as for the documentation, craftsmen are needed, not artists. So I decided not to document, but rather to develop a perspective to intervene in a broader discussion.

3. How did you go about representing these landscapes in your photographs? What relation does the final product have to what you saw in Kursk?

The pictorial source of the Landscapes series are photographs of urban districts in Kursk. Those areas are affected by the intentions of the city administration, which demands rapid urbanization. Old houses are demolished and citizens are forcibly displaced. The simple documentary idea would not have captured my observations, and I set out to take one hand movement image each day at an elevated distance of one or two kilometers so that the images possessed a sense of a semi-aerial viewpoint. The concern lies in the image making process. The nature of photography, to depict a virtual image of (a supposed) reality, is being destroyed. Houses and people vanish. By analogy, this process and the resulting images reflect the city’s intentions and the consequences of modernization. Kursk disappears into the conceptual, and thus re-emerges as an expression of European ideas of dynamism, change, and modernity. But the Landscapes also reflect my admiration for Kazimir Malevich. It is an homage to the artist and the Suprematism he founded.

4. Could you explain to us the meaning of the title of your exhibition, “In the end, though, nothing is lost?”

Besides Kazimir Malevich, Pablo Picasso has been the second art-theoretic influence for the Landscapes. Picasso argues that an artist starts out from something real in order to be able to dissolve the traces of reality. My previous works often used to be a sum of additions. In the case of the Landscapes series, each picture is a sum of destruction. In the end, though, nothing is lost: the abstract works appear as naturalistic Landscapes but save the colors of the captured areas. You can still sense the mood and atmosphere of the day. They reflect my observations in Kursk and contribute to a contemporary dialogue about modernization. Jenny Graser, art historian at the Städel Museum in Frankfurt am Main, also included Picasso’s quote in her essay for the book published on the occasion of the exhibition and so it was only logical to use this as the title for the exhibition.

5. You are currently based in New York and Germany. What influence does New York have on your artistic practice?

The question reminds me of an essay which describes the historical development of Palestinian painting since 1948. It suggests that painters who had stayed or worked in their homeland or in their neighborhood had developed a uniform language. The artists, however, who had moved away from their homeland adopted a more abstract language. That abstract photography was invented in New York in 1916 is directly inspired by the thesis that the metropolis or the experience of strangeness transforms modes of perception and forms the basis for abstract image generation. Reflecting on my own life situation, I observe that artistic progress on myself. In New York, my thoughts were directed into new paths and new interests were formed. Series like Cityscapes or Feral result from my immediate experiences of the American megacity.

6. Can you give us a look into what you’re working on now? Are you still working in the landscape genre?

My latest exhibitions in New York such as Stuck Together Pieces! at the historic 1014 Fifth Avenue Building (formerly known as Goethe House) and History of Touches at the German Consulate General consisted of photographic works from the years 2014-2017. History of Touches focuses on a selection of an ongoing work cycle, Die Summe meiner Daten, which is an artistic examination of digitization, surveillance, and identity. From the earliest period of my creative development, I’ve been interested in the visual language of painting and how that pictorial, material idiom can be re-articulated and redirected by means of the photographic image. The abstract Landscapes mark a watershed in my work. In the Landscapes series, my concern with creating a pictorial (hence painterly) effect expunged the immediacy of human presence and the images took on the character of abstractions. The aesthetic of my work results out of an underlying concept and image making process, which is what I’ve pursued within various themes ever since. 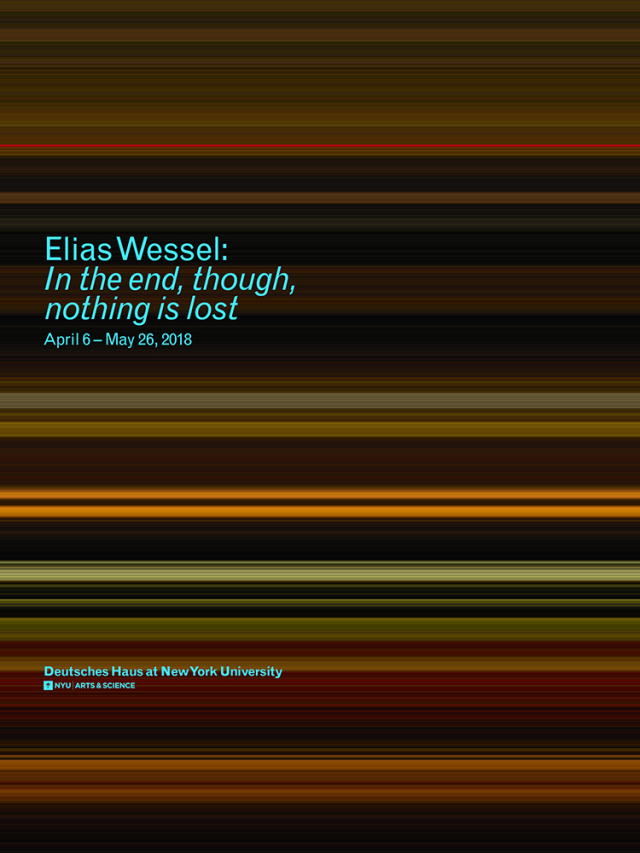