Dana Grigorcea was born in Romania in 1979 and now lives in Zürich. She studied Dutch Philology, Theater and Film Directing, and Quality Journalism. Dana worked in the media industry in Austria, Germany and France. Among her German novels are Baba Rada (2011), Das primäre Gefühl der Schuldlosigkeit (2015), and Die Dame mit dem maghrebinischen Hündchen (2018). She has been awarded several prizes, including the Schweizer Literaturperle and the Ingeborg Bachmann Prize, and was shortlisted for the Swiss Book Prize 2015.

Dana Grigorcea participated in "Another Land: Distant Lands Up Close and Personal," "The Author's Voice," and "Words with Writers" during Festival Neue Literatur 2019. 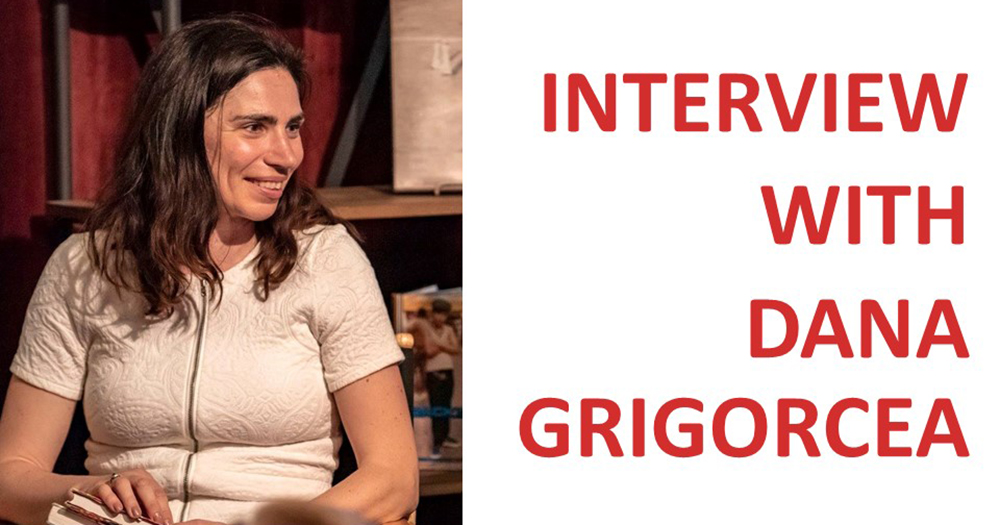 1. Your recent books include a novel (An Instinctive Feeling of Innocence), a novella (Die Dame mit dem maghrebinischen Hündchen), and a book of non-fiction (Über Empathie oder Macht uns die Kunst zu besseren Menschen?). You’ve also published children’s books. How do you choose what format your next book will take, and where do you draw inspiration from?

I write about topics and stories I find pressing: about the search for meaning, sense, and sensuality; about the search for home and the loss of all certainty; about fear and overcoming it. I strive to find the right tone, the right form for every story. In An Instinctive Feeling of Innocence, the story of a love triangle unfolds alongside the story (and history) of Bucharest, in dramatic as well as comic episodes—so it had to be a novel. Die Dame mit dem maghrebinischen Hündchen (“The Lady With the Little Maghrebian Dog”) is a classic love story, told in a linear narrative, and it felt natural to keep it in the short form of a novella. I also write essays, especially when German newspapers and other publications invite me to: I’m happy to express my opinions on current events, politics, and what art means to us nowadays. My book-length essay Über Empathie (“On Empathy”) is a reflection on whether art makes us more sensitive, and whether it can make us better, more empathetic people. I start out with stories from Romania and Switzerland, share some anecdotes from reading tours—including experiences in Siberia and elsewhere—and use them to explore exactly what it is that art means to us, and what it does to us.

As for the children’s books, I use them to address issues my kids have. Sometimes they don’t want to go to bed, even though they’re both exhausted and overexcited. So I came up with the story of a wolf who desperately wants to sleep, but can’t. My kids listened, then said, “But going to sleep is easy, you just close your eyes and wait a bit,” and then they showed the wolf how it’s done. That story, sparked by such a practical goal, was a hit in German-speaking countries, and the title was Mond aus! (“Turn the Moon Off!”). Then I just kept going: I wrote a haircut story for kids who are afraid to go to the hairdresser and change their appearance; then came a scratch-and-sniff book about vegetables, starring a prince who has to go to the market and cook for the princess; and a story about sibling rivalry in a flower garden—the fight is triggered by the big sister, who knows everything, even the names of all the flowers.

2.  Is this your first stay in New York? What were your first impressions of the city, and has anything about New York surprised you?

This was my second visit to New York—the first time I came with my husband, the writer Perikles Monioudis, who knows the city well. He’d come shortly after 9/11 to write a book about the aftermath, and the city’s indestructible spirit. I feel like I know the city pretty well, too, from movies and literature—every time I turn the corner I recognize something, everything’s so familiar—and yet at the same time I’m always surprised that it actually exists, that it’s not just a figment of our collective imagination.

3. You were born in Bucharest, Romania and were raised bilingually. What made you decide to write your literary texts exclusively in German? To what extent does writing, thinking, and feeling in your two mother tongues differ?

I write in German because I’ve lived mainly in German-speaking countries for about twenty years now, and because I want to write in my readers’ language and hear their reactions firsthand. I also love the language because it allows for such long sentences, and exploiting its elastic syntax can turn sentence construction into an amusing game—I like getting to the last word, the verb, without losing the thread. The German language helps me structure the plot, too: much like with its syntax, you can weave in and out and maybe get a bit sidetracked, but what you’re writing still has to make sense and, in the end, get to the point—period.

In translation, my sentences are often halved or even quartered, depending on the language. In Romanian and English, for example, people usually communicate more concisely, in tighter sentences—anything else sounds like blabber or sheer delirium.

Here I’d like to acknowledge my English-language translator, Alta Price, who managed to faithfully convey the atmosphere of my Bucharest novel An Instinctive Feeling of Innocence in English. Translation is a high-wire act that requires intuition and precision, and only real artists can pull it off.

4. One of your most recent books, Über Empathie, is about the power of art and empathy. What made you want to write about this subject matter, and what role does empathy play in today’s society? What role should it play?

As an artist, I deal with the meaning of art: I write literature and travel in artistic circles, and on my many reading tours I usually meet people who hold art in high esteem. Are people who deal with art better than others, are they the more sensitive members of society? Can art transform us for the better in these turbulent times? Can it make us more empathetic? Empathetic people, who really see and respect one another, are essential to democracy. We’re currently witnessing how traditional democracies we thought were utterly stable are on the brink of being toppled. Can we effectively oppose populism, intentionally stoked fear, and apathetic individualism with art? I think so.

5. You participated in several public events as part of this year’s Festival Neue Literatur. What is your experience with reading your work in public and/or speaking about your books? Is this something you find enjoyable and fruitful?

The Festival Neue Literatur in New York and the Zeitgeist Festival in Washington, D.C. marked the end of my first North American book tour, after delightful events in San Francisco, Seattle, and Chicago. It seemed to me that every audience was interested, receptive, eager, and open to the humorous twists and turns of our conversations, so it was a pleasure to present the book here in the US. When you see everyone looking so busy, people rushing through the city, hurrying by with headphones on, staring at their phones and laptops—even in cafes and strolling around the park—you don’t expect to meet many people who are willing and able to spend their leisure time with a book. Reading in places like the powerHouse Arena in Brooklyn and McNally Jackson in Manhattan were a revelation to me.

The panel discussions and literary conversations were dynamic and fast-paced yet profound. My translator Alta Price was always there, and when she talked about translating my book I felt like the privileged witness of an alchemical process.

At the Festival’s opening-night event, Germanist and theatrical artist Endre Malcolm Holéczy introduced us. He’s a true man of letters, had read my book An Instinctive Feeling of Innocence quite closely, and expertly conducted a clever and entertaining conversation. His enthusiasm for the novel was, of course, extremely enjoyable. 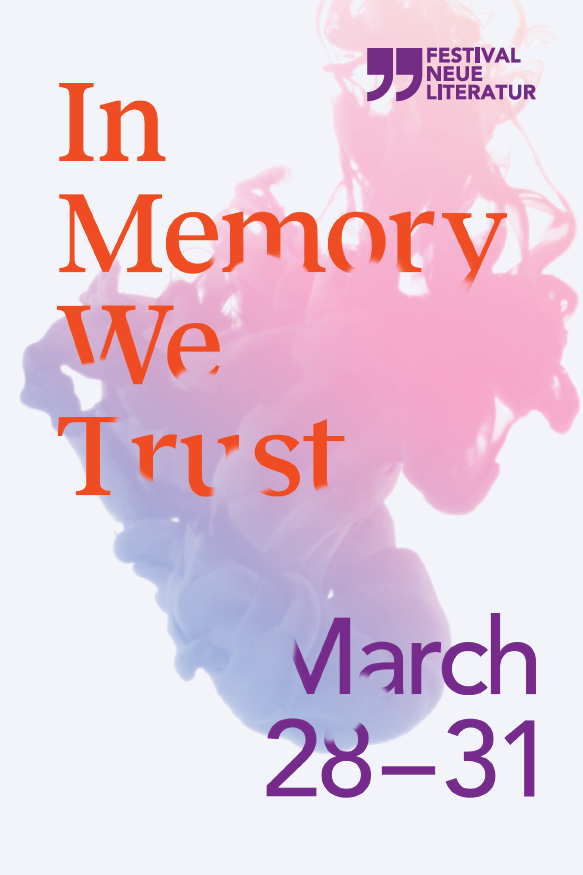