Claudia Larcher was born in Bregenz, Austria in 1979. She lives and works in Vienna. Her artistic work deals with architecture. She is interested in places, that are connected to history, familiarity and memory, questioning the meaning of “home” and “identity”. The last years she was working in the field of photocollage, (site-specific) video animation and mixed media installation. She is doing live visuals in performances and for live concerts. Claudia Larcher is co-curating the exhibitions of the artist collective PLINQUE since 2008. Claudia Larcher is the co-recipient of the Erste Bank's MoreVALUE Film Award, which she received for Self at the 2015 Viennale. 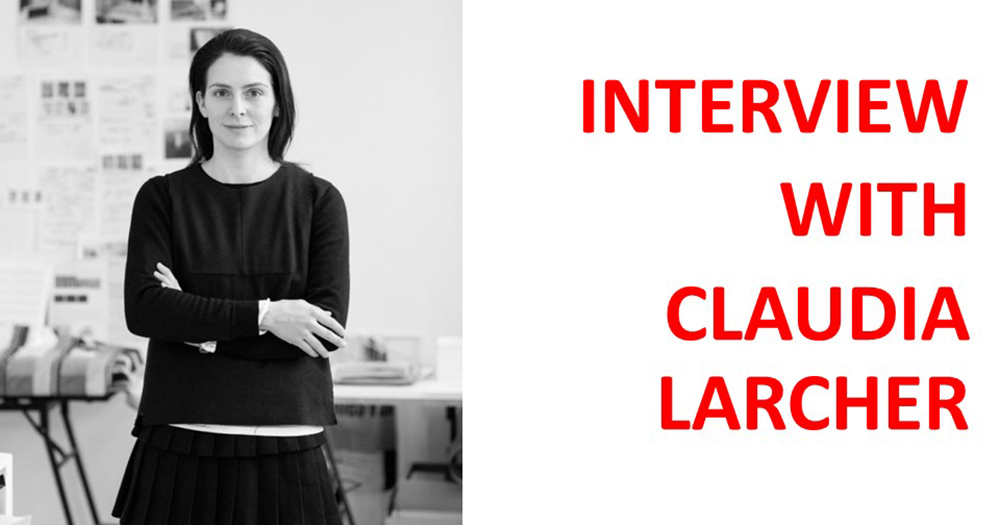 1. Could you explain a little how you come up with the concepts for your video art, or is the process always a different one?

Usually it starts with a topic or a research question that interests me, e.g. the experience of the uncanny in film and literature, how an interior space may convey something about the personality of its inhabitants, and the significance of the skin as part of one’s identity?

Then I start doing research, actually not yet knowing if I will produce a video work, an object, photographs or an installation. I choose the media that fits best to communicate my ideas. A lot of my projects are ongoing, meaning that I complete a series of work over the years and put them in new dialogues with each other.

2. In Self you focus not on interiors, but on skin, creating an impressive tracking shot over a landscape of magnified body parts. What sparked the idea to connect this sort of abstract concept of “the self” with the image of the human skin, and particularly this magnified view?

For me the perception of one’s own skin is always somehow a magnified one. Usually you become aware of your own skin only when there is something wrong with it. Then you use a looking glass or a magnifier to find for example a scratch or a mole, or you discover a wrinkle that wasn’t there before. We try to cover up and make up our skin to present an ideal version of ourselves, or to approach the manipulated look that we know from the media and advertisements. So I also use techniques of manipulation in my work. I create videos and photographs that seem to show reality, because they use real images, but by using the technique of collage I create something surreal and new. With the video self I wanted to show that we all live in these elastic skin bags that we use to communicate with and we build identity with. And that we are also these nude animals that transpire, gurgle and vibrate.

3. Could you speak a bit about the role of sound in your video art? You closely collaborate with Constantin Popp (e.g. on Empty Rooms and Self). What does this collaboration look like? How do you record, edit, and manipulate the sound in order for it to become a part of the final piece?

I got to know Constantin during a project called “TanzMedienAkademie” that took place during the Kunstfest Weimar, Germany in 2008. We both worked on the same project and got to know each others working practices and preferences quite well. We realized that we have similar views on performance and contemporary arts and got along very well. So I asked him for soundtracks for my video works from time to time. Or in the case of Empty Rooms, he provided his composition as a basis for my video work that I created as a response to the audio material. Usually we communicate only by Email and Skype, as he is based in Manchester and I’m in Vienna. It is funny, because he uses sounds very similarly as I use images. We both work with montages and collages. I usually use site- specific material, like pictures and videos that I record on site as well as on-site audio recordings. Similar to that Constantin does field recordings for his audio compositions or creates his sounds live on stage, using analog materials like, shells, stones and metals. I like the idea that sound is an art form in and of itself and in combination with visual moving images creates a dialogue or a contrast rather than illustrating the image.

4. You have a fine art background and have shown your work in galleries as well as cinemas. What are the main differences of showing your films in these different spaces? What do you want the different audience members and visitors to take away?

What I like in the cinema space is that you have the undivided attention of the audience from beginning to end. This is quite important for my narrative video works like Heim and Empty Rooms. And of course the brilliant quality of a digital projection as well as the possibilities of 5.1 audio are usually very rare in exhibitions spaces.

The possibility of an upside down projection or projections in the form of an installation can only be found in the exhibition space. Therefore I produce videos, which work as loops that are not necessarily watched from beginning to end. Moreover it is only possible to show multichannel works or the movement of the spectator in the space to change the viewing angle in a gallery.

In my gallery work it is more about the awareness of the space itself that I try to communicate to my audience. In the cinema I create a supposed narration, questioning the meaning of reality and fiction. 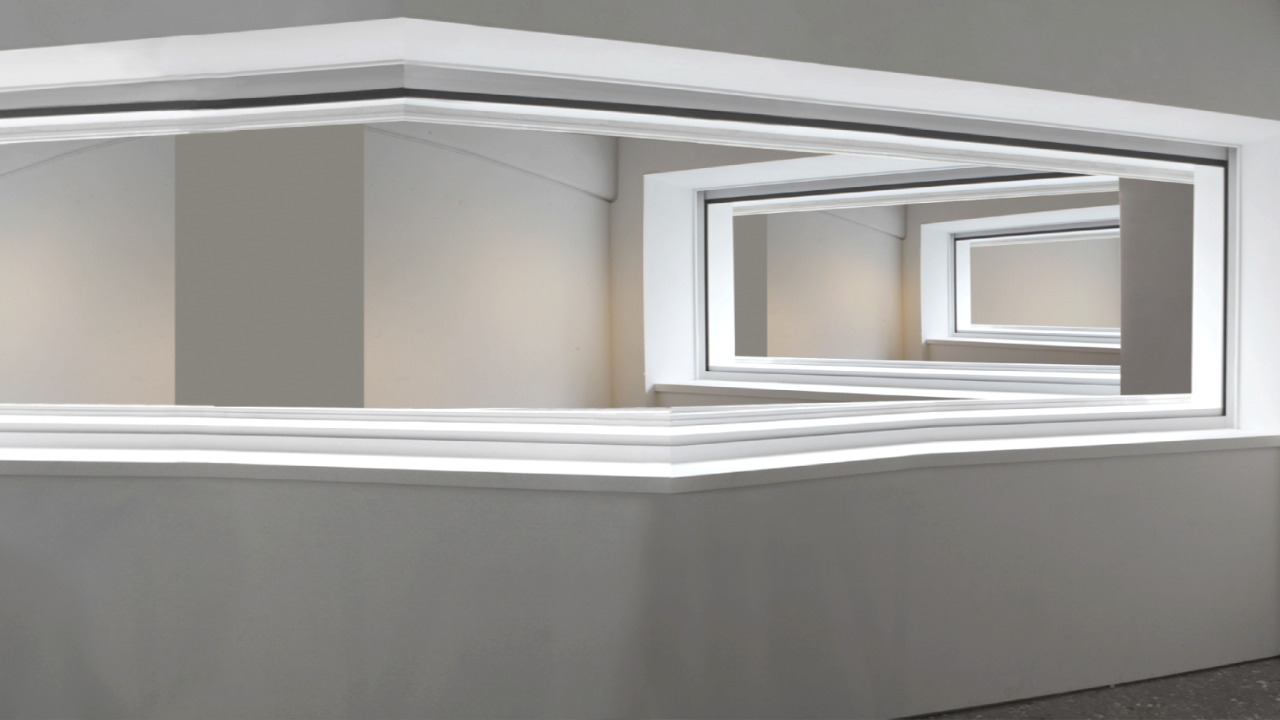 5. What fascinates you about Billy Roisz darkroom, (which will be shown alongside your short films at Anthology Film Archives)? Why did you choose this piece, and do you see similarities between her work and yours?

I already admired Billy’s work when I was a student at university. What is really fascinating is that she generates the image directly out of the sound that she either produces by herself with feedbacks or an instrument or that was created by an artist friend, such as Dieter Kovacic or Peter Kutin. I see similarities not in the aesthetics that she uses but rather in the topics. In Darkroom you see fragments of spaces that are somehow uncertain and uncanny. So I think dealing with the concept of the uncanny e.g. is a topic that interests me too.

6. What other artists and filmmakers are some of the main influences and inspirations for your work?

I love the movies of Claire Denis, Hitchcock and David Lynch. Maya Deren and her surrealistic experimental film work was a big inspiration during my studies. As an artistic inspiration from the aspect of fine arts I refer to Louise Bourgeois and Kiki Smith as well as to projects by Friedrich Kiesler and the “Merzbau” by Kurt Schwitters.

7. Could you tell us, what you are currently working on? As an artist interested in spaces (architectural and otherwise), how does it feel to stay in New York City? Will you use your residency to explore the themes of architecture, home and identity, or are you tempted to produce something else entirely?

New York is just great and was always on my list as a destination to do research and to collect material for new works in. Apart from all the art that is around I am interested in how people and the city deal with issues such as social discrepancies, gentrification etc. So I was thinking about researching shared and common spaces in Manhattan amidst a city development driven by new housing projects for rather privileged people. It seems that there is both a lot of conflict and creativity in the definition of who owns the public space. So what I am working on now are little video clips with short length of 10 to 20 seconds – something like “miniatures of a city.”