Bernd Cailloux, born in 1945 in Erfurt, is the author of novels, short stories, essays, and radio plays. In 1968 he founded the experimental artist collective “The Leisure Society”, which influenced the German music and art subculture in the following years. His novel Das Geschäftsjahr 1968/69 [The Fiscal Year 1968/69], in many ways a precursor to Gutgeschriebene Verluste [Losses Credited], received outstanding reviews in the media and was nominated for the German Book Prize in 2005. The author is based in Berlin. 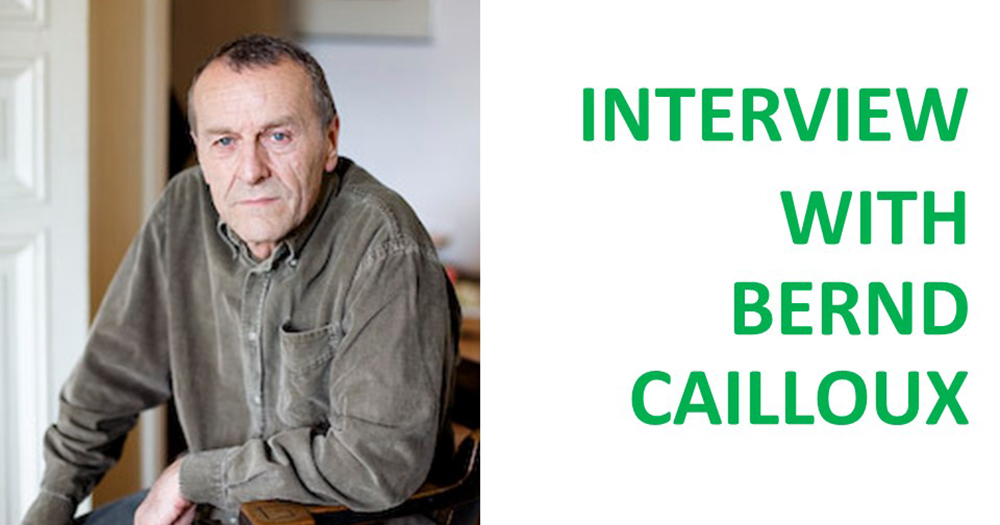 1. When were you in New York for the first time? What were your impressions then?

That was a long time ago, in 1972… I was in my mid-twenties and left tidy Hamburg for my first big journey to New York City, of all places. Everything there was too big, too tall, too foreign, simply too much – after three days I skipped town and drove to Provincetown. From there I took a Greyhound bus across the United States to the West Coast – back then, this was the hip trip to take.

2. How do you experience New York today? What has changed since your first trip? (What do you like about the city? What do you find strange? What bothers you?)

I experience the city as a feast for sore eyes and ears - this singular sound, the ambient noise of this city gives me the sensation of being in a particularly productive space. I like the architecture, especially the older buildings and skyscrapers – often times with a cherry on top: a chapel or a little house, a garden with a hint of the ancient, a small forest… I also like the people. The theory of the melting pot holds truer than ever. It’s interesting to look at individuals - a sampling of the world. Individuality as a mass phenomenon – let’s see where all of this leads. I’ve been to this city on numerous occasions – once, even for a long cold winter – and always felt the simultaneous sense of being repulsed and fascinated in equal measures; torn between love and hate. There is much to like, but also a lot that remains incomprehensible, e.g. the contradiction of private wealth and public poverty, or the omnipotence of advertising, the repellent television, etc… (Outdoor advertising was banned in São Paulo in 2006.) I would love to know what people here think about this phenomenon… a small NSA data vacuum cleaner might be useful for that. Basically, this five part question could only be answered in a 200 page book.

3. Tell us a bit about your daily routine. When do you find the peace and quiet to write? Do you even need this to write?

My daily routine is a secret. I’ll admit this much: I work until 4pm, then I go shopping and later I read the New York Times – I’m a New Yorker. That’s how it is.

4. Is the writing process a different one, here in New York, than it would be in Berlin?

Not necessarily. Though I am writing in the U.S., the alphabet still has 26 letters. Once a manuscript has been completed after years and years of work and numerous revisions, I usually cannot remember where, how and when I wrote this or that excerpt.

When I take a walk, I let myself drift… and lose myself in a sort of world fair of large and small things. I walk for miles and miles and miles… and notice all sorts of details. Riding a bicycle would be too fast a mode of transportation for this act of perception. Whoever rode a bicycle in Manhattan in the 70s and 80s was suicidal. Hardly anyone did. It’s a great gain, that this is now a possibility in this city. I also appreciate the attempt to win back nature - the greening of New York with the High Line and the community gardens on the corner of Bleeker Street and LaGuardia Place for example. But my favorite park is the dust-grey and ancient Golden Swan Park on the corner of Sixth Avenue and West Fourth Street. It measures about 80 or 90 square meters (860 or 960 square feet), with two benches, nine little trees… a park for two people on a wild corner. The difference? Ten million people have a more dramatic impact than three… The New Yorkers seem content with the City Life in the world’s largest shopping arcade and the biggest selection of a corresponding entertainment program… Everything moves faster here in New York, than it does back home. I usually don’t take as many walks in Berlin, as I do here. Back home I exercise twice a week. New York is exercise! The outcome: I sleep like a log and feel a sensation that I had almost forgotten about - the wonderful sensation of being hungry.

6. You experienced Berlin before and after the fall of the Wall. To what extent has the city and its inhabitants changed? How do you experience Berlin today?

The Wall is gone; the former double halves that made up this city are on the way of becoming a metropolis. Now over a million formerly subsidized West Berliners, over a million East Berliners who are well-versed in socialism, and a million New Berliners since 1992 will have to work it out… There are even some parallels to New York: certain neighborhoods hardly changed, others are unrecognizable. Both cities attract the younger generation, who flock there because they have something to prove. “If you can make it there…” Luckily, Berlin hasn’t come so far (yet) as to push out the artists from the city, as it has happened in the East Village for example. (I read “All art must go” in the East Villager). Quite on the contrary, this wild urban mix of Berlin actually attracts artists to the city - including artists from the United States.

7. How did you come to write? At which point did you know you wanted to become a writer?

This almost sounds like a PR gag and I am certainly not trying to ingratiate myself, but the truth is, that I started writing in New York for one simple reason: I didn’t have anyone I could speak to… so I started writing in a journal, taking down notes of what I experienced.

8. What inspires you? How did you find your voice?

Writers are generally known as people who have issues with writing - but once you get going, that’s it!

9. Could you tell us a little bit about what you are working on now? Is it difficult to live in New York and to write a novel based in São Paulo? Would it be easier to write this story in Brazil? Or is the place one writes in irrelevant?

I am indeed working on something, which is partly based in Brazil and will hopefully become a novel. It’s about a man who is starting a new life in a foreign country and lives under the pretension, that he can remain his old self… For this work it’s good to be in the middle of nowhere, like in a house in the plain country or in a solitary mill surrounded by vineyards. Areas that offer up fewer distractions can facilitate the act of writing. Therefore New York simply is not boring enough… 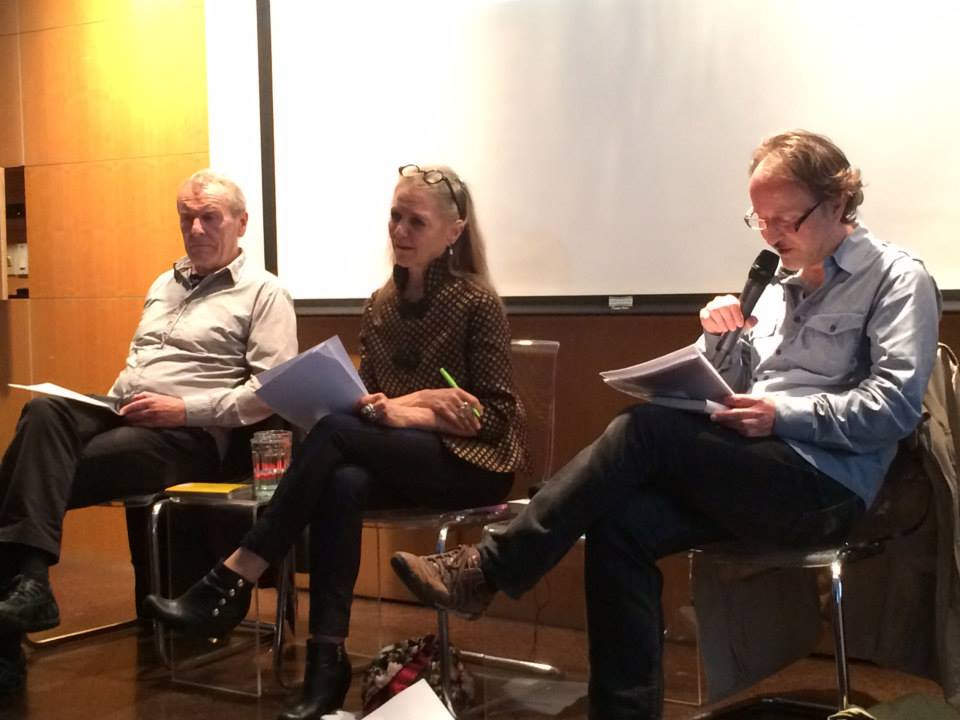