Astrid Busch is an artist who lives and works in Berlin and Krefeld. Before she became an artist, she trained as a carpenter in Düsseldorf, after which she studied at the Akademie der bildenden Künste in Nuremberg and Kunsthochschule Berlin-Weißensee. Astrid Busch has been an artist-in-residence at various institions across Europe and has presented her work in exhibitions in Germany, Austria, France, and the United States.

For information on the exhibition "Scraps of Poetry" curated by Astrid Busch, please click here. 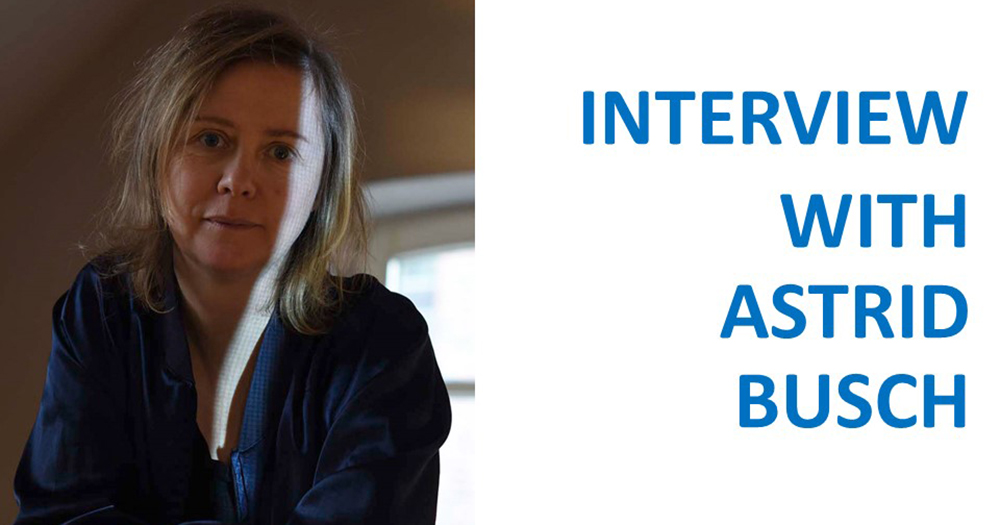 1. How did you come up with the idea for the exhibition “Scraps of Poetry”? Where did you meet the artists you collaborated with for this special New York exhibition?

For the most part, I’ve known the artists whom I invited to participate in the exhibition for a longer period of time and like their work a lot. I went to college with Dagmar and I spent an intensive half a year with Franziska in a residency. I know Antonia and Andrea from Berlin and I’ve followed their work with a lot of interest for quite a while. Michael is an artist whom I got know and like during my time in New York. Andreas was the only one whom I hadn’t known personally before we started working on the exhibition. He was recommended to me because of his artwork.

2. The distinct pieces of art that make up this exhibition seem unrelated at first sight. They are sort of detached from each other, implying a discontinuity. Could you explain and elaborate on the thematic link between these unique pieces? What is the story you would like to tell to the viewers?

The exhibition Scraps of Poetry presents seven approaches in which artistic tools have been generated from the process of fragmentation and re-contextualization of language, space, and material, and which question space and occurrences. Deutsches Haus is understood as a place of negotiation with its immanent identities, which are met on different levels: through deconstruction, reevaluation, and displacement. Every piece of art that is presented has a strong poetic component.

3. How would you describe the relationship and tension between Deutsches Haus as an artistic, historic, and also as a workspace and “Scraps of Poetry”? What makes Deutsches Haus so special as a space?

Deutsches Haus is a space that does not function as a classical “white cube” and that understands itself as a forum for a transatlantic artistic and intellectual exchange.

The artists participating in this exhibition interact with the specific space and use it artistically. Precise aesthetic positions interact with the spatial properties and/or react to the site-specific context. Positions that capture literary and cinematic references or that transform semantic relationships of language operate in a place, focusing on literature, film, and visual arts. During the exhibition period the displayed pieces of art enter a dialogue with the house, its visitors, and staff.

4. What kind of reactions and responses would you like to evoke with your exhibition “Scraps of Poetry”?

Through the consciously combined positions and concentrated works that enter into a dialogue with the function of Deutsches Haus as site of literature, art, culture, and education, I would like to inspire and encourage visitors to explore differences and even more so connections and relations between these entities, and I would like them to sense the poetry in the distinct pieces of art.

5. Tell us a bit about your daily routine and your creative process. When and where do you come up with new projects? What place can you be most creative in?

I work on a site-specific basis, which means that I start out from the respective exhibition space and its architectural, filmic, and literary influences. The image motifs enter a dialogue with the actual room, then extend and transform it into something fictive and thus new stories are created. A photograph isn’t just a photo on the wall – it becomes an intervention or an architectural part of the space. My artwork generates from contrasts, especially contrasts between light and darkness, functional and dysfunctional storytelling, and between fiction and reality. Rooms and houses are often the starting points of my artistic works. My approach is similar to the one of a stage designer. I very consciously play with narrative schemes, which means I play with the human desire to narratively relate and connect everything seen, in particular images. I create site-specific installations that consist of photographs, which are as big as walls, photographic works, and different materials that are all either found somewhere or created in the studio. The photographic work is developed from objects that were created in the studio, and installations, projections and figure fragmentations of real and fictive spaces. Based on the atmosphere of the respective environment, my installations play with the ambiguity of space and its potential.

I come up with new projects when there are exhibition requests and also depending on whether I want to get myself into new spaces, environments, and their corresponding stories. Most of my art productions are created in the studio, but I come up with the ideas when I’m out, moving, hiking, running, swimming, and cycling.

6. What is the most rewarding part of your job?

Since I get to work on different projects all over Germany, but also internationally, I have the great opportunity to address the locations I visit in depth and to be able to explore personally interesting aspects, transform them, and tell new stories with them. In this way, I get to know locations and spaces in a very special way.

7. How have you experienced New York over time? Has the city inspired you to create new projects?

Yes, absolutely, New York is stunning. I love its energy, the city’s various unique faces, there’s an infinite amount of things to explore. The vastness, liberality, and the sea are places of nostalgia. I would love to plan a longer stay in New York in order to realize new projects.

8. What’s the difference between working in Berlin and in New York? And how do these difference affect or change your approach towards the art you’re producing or the exhibitions you curate?

It’s certainly easier to live and work in Berlin than in New York – studios and apartments cost less. However, Berlin is slower and more difficult to access, the pace is simply different. Preferably, I would love to live in both cities - to live my everyday life in Berlin and to use New York as a source of inspiration. 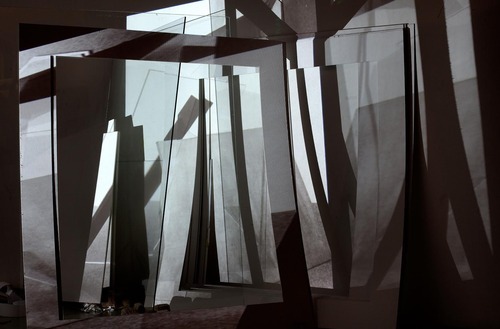