Anton Kats (b.1983 Kherson, Ukraine) is an artist, musician and dancer. His practice derives from informal everyday relationships within a vibrant neighbourhood in Kherson, Ukraine and is complemented through necessity and pragmatics of self-legalisation in Europe via entering formal institutions of education. After attending masters programmes in Art in Context at the University of Arts Berlin and Interactive Media: Critical Theory and Practice at Goldsmiths College, Kats finalised his studies through a practice-based PhD at Goldsmiths, University of London. Developing practice-driven research projects, Kats explores ambiguity of art practice as a question of agency and intentionality and develops site-specific work engaging with structures of self-organisation, self-education, marginalised people and the non-normative.

Kats is also a lecturer and educator with an experience of developing experimental academic curricula with the Weissensee School of Art, Berlin and was a lecturer of Contextual Studies at the Ravensbourne University in London and a guest lecturer at the New York University and Goldsmiths University of London. His works have been exhibited and performed in venues including the Serpentine Galleries, Tate Modern, Tate Britain, Victoria and Albert Museum, the Showroom Gallery, Bergen Kunsthall, Kochi Muziris Biennale, Haus der Kulturen der Welt and at the documenta 14 in Athens and Kassel.

For information on the opening of Anton Kats's exhibition "Pre-Formance," please click here. 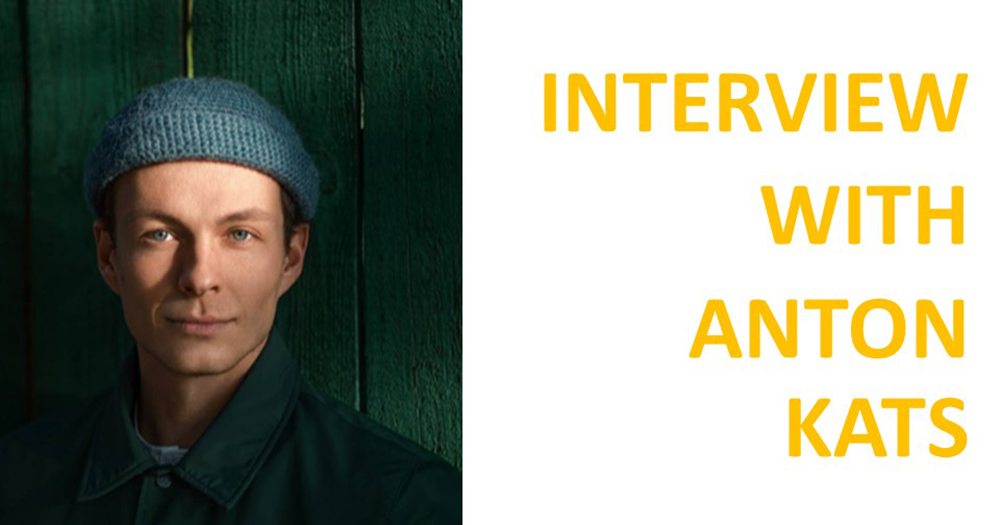 1. For many artists, a drawing or a sketch is the very beginning of an art project and therefore often remains hidden, existing only for the artists themselves. However, in “Pre-Formance,” your exhibition currently on display at Deutsches Haus at NYU, the sketches seem to be the final product. Do you believe that sketches are more than simply the building blocks of a bigger project? How does this exhibition reflect your vision on the process of making art?

Thank you for this question. Many of my projects very often begin with a little drawing that allows me to consider different directions the projects might take. My art practice is strongly process-oriented and usually unfolds in response to a specific place, problem or a situation at stake. In this way, I do consider both drawings and the projects as mere residues of a particular process (planning, collaboration, research, production, reflection etc.) and a catalyst for further experiments. In this way, I am myself very curious towards what the drawings and projects can become as opposed to what role I initially might assign to them. This said and without ever having thought of either hiding or presenting the drawings, I am likewise surprised to be exhibiting these six drawings of radio sound systems for the first time at the Deutsches Haus at NYU. Three of these drawings were realized and can be traced back to the projects with the Studio 174 in Kingston, Jamaica; 10th Berlin Biennale and documenta14 in Kassel.

2. You develop projects that revolve around self-organization, self-education, and marginalized people. How has your experiences growing up in Kherson, Ukraine and your travels across Europe influenced your focus on these themes?

Growing up in Kherson, South Ukraine in the 1990’s was a very special and dynamic experience in which the soviet plan economy was “updated” through the free market causing a lot of instability in the region resonating until today. In these times of uncertainty my upbringing and transition to Europe is marked by the process of making sense out of a chaotic present moment while looking for pragmatic and aesthetic ways of dealing with unforeseen situations and events together with others. Unable, and often unwilling, to rely on institutional systems in place, my practice is to this day strongly influenced through the questions of agency, learning and the potential of organizing in which the pragmatics and the dynamics of work remain at the core of the present moment shared with others.

3. The six drawings that you selected for the exhibition at Deutsches Haus at NYU depict forms of self-constructed radio stations. One might say that the radio played an important role in terms of mobilization, self-organization, and self-education during the 20th century. Does the radio as a form of media still have significance in the 21st century? If so, what role do you believe it plays (and will play in the future) and how do these drawings reflect your views?

Radio is endless. This said I do not relate to radio as a mere technological type or a form of entertainment media. Much more I would locate radio somewhere between a working social power, a ritualistic listening tool, a sonic strategy and a medium of emergency rooted in natural, political and infrastructural phenomena. We do very often forget that radio is still the most widespread medium in the world (especially sonically) and remains the medium of emergency per se. One of the reasons we forget this quite relevant aspect is through a systemic western privilege expressed in relative peace and safety. When the weather turns catastrophic, there is an uprising, a significant protest movement or a coup d’état people immediately turn to a radio transmitter. While radio transmitters and receivers are a very robust and rather easily accessible technology, the whole history of radio can be addressed through responses to instability, danger and the subsequent organization processes. It is also needless to say that in these situations radio is often the most reliable and often simply the only working mass-medium to establish and to maintain interpersonal, institutional, local and global networks.

4. What were some of the lessons you learned in constructing the mobile radio stations that are depicted in your sketches? Were some more easily realizable than others?

One of the main lessons that I keep relearning from one project into another is how flexible and open a miniaturized mobile radio system can be. Especially working and collaborating with others in different countries, cities and contexts I learn how to let go and de-centralize myself from a dominant position, which allows for the projects to take unexpected turns and to materialize in the most unpredictable ways. Most of the time it is actually exactly this process that is primary in giving form and function to any other radio system.

5. You are not only an artist, but a dancer and musician and are therefore engaged in different forms of self-expression. How do dance and other arts influence your art projects?

Being a musician, I am very much interested in the possibilities and the potential of synthesis. Both, literally and metaphorically I am curious how a “but” can be replaced by an “and”. This allows me to synthesize a lot of different aspects of my work organically. Dance and choreography also remain quite important to me and I take a lot of influence from urban dances as well, especially from Breaking. Two of these following elements coming from Breaking are quite specific and methodological. One of these is the notion of a cypher, - a dynamic circle / a ritualistic space self-organized by dancers/practitioners in which knowledge is being transferred, established and negotiated in a call and response situation. The other one is in the notion of breaking itself, that can be described in a saying: “every spoil makes a style”. Once you find yourself in a dead-end or a collapse, in a situation in which things don’t go as expected and you can’t move, this situation in itself gives form and shape to the processes and the outcomes of your work allowing you to develop your own and very specific language.

6. You were awarded a six-month residency at the International Studio and Curatorial Program (ISCP). How was your experience of New York during this residency? Did you perceive the city differently during this visit? Do you think this has to do with your changing perceptions as an artist or the changing nature of the city itself?

I am very grateful for the possibility to work with the ISCP and to stay in New York for six months. Usually my practice goes hand in hand with a lot of traveling and in this sense alone it was quite unique to spend this prolonged amount of time in one place. I did use this time to bring together different aspects of my work especially focusing on performance, research and music. Naturally, being a workaholic and an early riser I found myself in a good resonance with the rhythm of the city and was simultaneously quite happy about the openness of the residency and the support I have received from the Berlin Senate Department for Culture and Europe. This allowed me to fully focus on my work in its uncharted territories without the pressure of project delivery or an eventual compromise that the city demands from many of people that I have encountered here.

7. May we ask what you are planning to work on upon your return to Berlin? How has your visit to New York this time inspired you for future projects?

Coming back to Berlin I will be continuing the work that I have started at the ISCP. I am particularly happy about two further iterations of the work focusing on the semi-fictional persona ILYICH - a musician and performer of an ambiguous origin – and the project Wostok 7 – a reenactment of a spaceship that has not been built yet. Both of the projects will be unfolding at the SAVVY contemporary in Berlin, one of my most favorite places on earth. 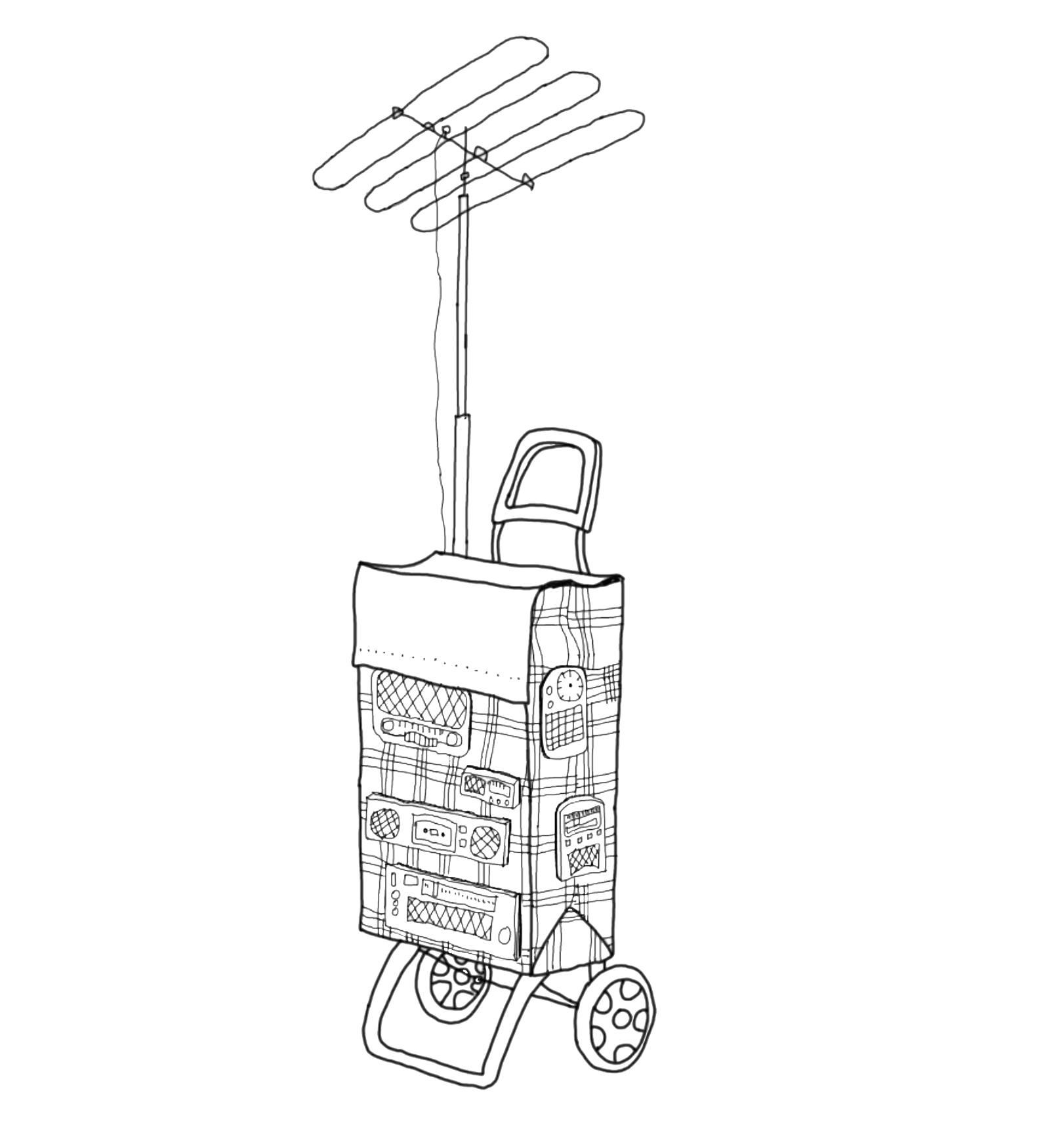