Angela Zumpe is a filmmaker, media artist, and painter, who lives and works in Berlin. She studied painting, installation, and video at the Berlin University of the Arts, after which she attended New York University to study film via a grant from the DAAD. In 1998, Angela Zumpe followed the call to the Anhalt University of Applied Sciences and became Professor for Audiovisual Media in the Department of Design, where she helped shape new ways of life and teaching. She specializes in digital images, experimental videos, and film productions. Her past film projects include The Other America (2004), The Colors of Ageing (2005), Transit (2010), and The Pastor’s Children (2017). Her short films have been screened at several festivals, including the “Screening War” at the ZKM Center for Art and Media Karlsruhe. Berlin-based artist and filmmaker Angela Zumpe has been a guest at Deutsches Haus at NYU with her films in the past, most recently with The Pastor’s Children – Punks, Politicians and Philosophers in 2017.

For information on Angela Zumpe's talk “Teaching and Thinking the Bauhaus after 1989: Angela Zumpe’s Time in Dessau,” please click here. 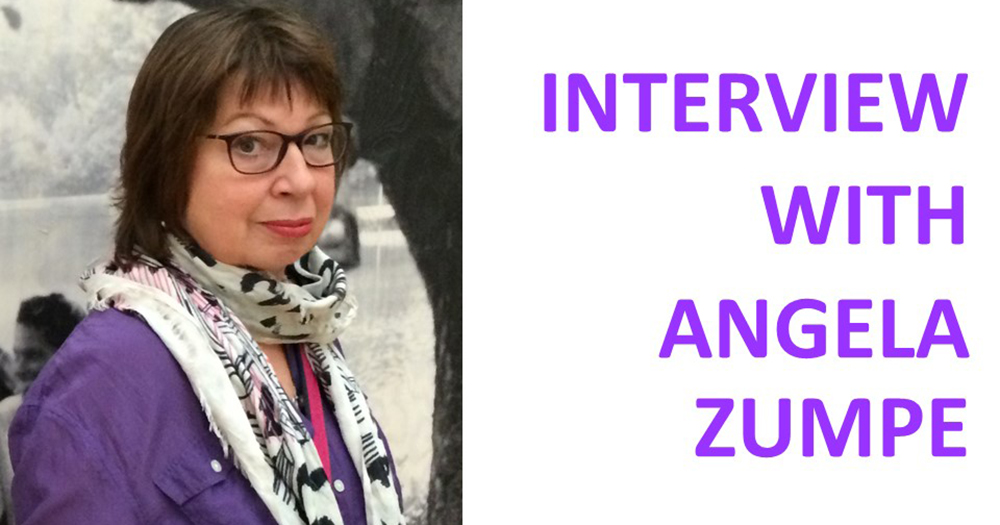 1. After graduating from the Berlin University of the Arts, you came to New York to study film at NYU via a grant from the DAAD. In your opinion, what about New York has changed since your residence here as a student?

I feel New York is a lot safer than back in 1981. When I came to New York on a scholarship to study film at NYU, I swapped rooms with my girlfriend’s American boyfriend in Williamsburg. It wasn´t fancy at all at that time. Drugs and other crimes made the neighborhood a bit unsafe. But I liked the Puerto Rican neighborhood which was strictly separated from the Hasidic Jewish area. I went to explore their food and I was fascinated by their way of living. Today, my former roommate Madison Smart Bell is a well-known writer. In 2014, I made a short film portrait of him, when we walked again through Williamsburg.

I have to admit that I find New York much more expensive than seven years ago, when I came here with my students from Dessau for a joint project with my colleague at NYU, Mechthild Schmidt Feist, and her students. In an intensive workshop, we did short film and interactive projects about different NYC neighborhoods.

My American friend Nadine replied to my complaints about the high prices in Greenwich Village: “You should look at it this way: if you go in a restaurant here, you rent the space for a certain amount of time.”

2. Where do you draw inspirations for your work? Which artists, authors, or thinkers, if any, have influenced your ideas and style throughout your career?

I met some American artists on my DAAD graduate study scholarship to NYU in 1981, right after my art degree from the University of Art in Berlin. I saw Merce Cunningham at the Brooklyn Academy, John Cage at MoMA, and Philip Glass, the composer of serial music, at a lecture in the Whitney Museum. What these artists all had in common was that they merged film, dance, music, popular culture, and politics with new media. Back then, they were all a part of a lively art scene in NY.

I felt connected to their approaches and experiments, some reaching back to American pop artists like Robert Rauschenberg. I was fascinated by the casual manner with which they integrated everyday materials into their art and by the feeling of freedom in the large formats, which I also felt in the work of the abstract expressionists that I saw in American museums at that time. My fascination with Rauschenberg was already unmistakable in my Master’s thesis, which took the form of assemblages.

3. Your latest book, I Am Taking the Ghosts with Me…, which you will be presenting at Deutsches Haus at NYU on November 15, recounts your extensive experience at the Anhalt University of Applied Sciences in Desssau – the ideals of the Bauhaus, your colleagues, your projects, etc. What would you say were/are the connections between the historic Bauhaus and the university’s department of design?

I asked myself, “What did I expect when I followed the call to the Anhalt University of Applied Sciences and became Professor for Audiovisual Media in the Department of Design?” Thinking of the Bauhaus and their revolutionary ideas of new ways of working and living in the 1930s, I was expecting the possibility of a synergy of art and design, the major departments also at the Bauhaus.

It was also “Stunde 0” (Hour Zero), a new beginning after the reunification of the two Germanys and a chance to shape new ways of life and teaching at a newly-founded university in a historical place.

The material for this book was already there: During my years in Dessau, I photographed everywhere I went in order to remember subjects that inspired me or to keep for myself as a reminder of little stories for films. Because of this practice, I have even assembled a personal archive of photographs of Dessau. They are fragments of an autobiography of my work as a painter and a filmmaker.

During my years teaching at the department of design, I was able to realize several major film and installation projects. One of my goals for the students was to experiment and develop interdisciplinary and cross-media impulses for social renewal from their respective fields. So I let the students participate in the production of my video installations and films similar to the approaches of the Bauhaus masters.

Like a university in the United States, Dessau developed a campus with modern classrooms built along the Bauhausstraße, including a cafeteria and student café. It helped immerse the students. You didn’t go home. You ate in the Kornhaus, slept in the Prellerhaus, and met for breakfast or lunch in the Bauhaus cafeteria. So it resembled the times of the Bauhaus, when living and working were woven together.

4. Things to Come, your latest film project, which you will also be screening on November 15, reflects on the lives of László Moholy-Nagy and his wives, Lucia and Sibyl, between 1929 and 1935. Aside from being prolific figures of the Bauhaus, what about these artists and their work inspired you to choose them as the focus of this project?

Hungarian-born László Moholy-Nagy (1895-1946) was a painter, photographer, typographer, and stage designer. Between 1923 and 1928, he taught at the Bauhaus in Weimar and Dessau. His oeuvre blazed a trail for future media artists, particularly in the fields of fine-art photography, art film, and film advertisement. My film about László, Lucia, and Sibyl Moholy-Nagy, Things to Come, focuses on his attempts to make a career in film after his time at the Bauhaus when he came back to Berlin in 1929.

It is the story of visionary light designer Moholy-Nagy. He lacked an audience because his ideas did not suit the taste of the masses. My film translates moments from Moholy-Nagy’s eventful life into the style that the artist may have envisioned as the cinema of the future in the 1930s. I also focus on Lucia, his first wife who was the documentary photographer of the Bauhaus, and Sibyl, his second wife, as part of a working relationship.

In the Artmuseum Moritzburg in Halle (Saale), the audience could wander through a light-image-sound collage in a 400 square meter room called “WESTBOX” with thirteen computer-controlled projections, and discover and delve into this network of moving images, sound and color. At the moment, it is shown as a two-channel film installation at Lyonel Feininger Gallery in Quedlinburg.

I was glad how Hattula Moholy-Nagy, the daughter of László and Sybil Moholy-Nagy, reacted to the film: “I liked this fictionalized account of my parents and Lucia very much. Even though events did not unfold in quite that way, the film presents the atmosphere of those troubled times very well. I liked the sympathetic portrayal of Lucia and the inclusion of Theodor Neubauer and Franz Spencer.”

5. What would you like to achieve during your time here as a DAAD Visiting Scholar at Deutsches Haus at NYU? What about New York, if anything, provides inspiration that you would not be able to obtain in Germany?

I want to step out of my German frame of mind and appreciate the multicultural life, which appears totally natural to me here in New York. In Berlin, I feel an international vibe, but Germany in general still deals with the unsolved problems of integrating the refugees.

For my work, I need inspiring views from the outside. I collect impressions of American art, impressions of the city, film bits, and photographs, and will use them as inspirations for my collages or maybe a new photobook or even a new film.

6. If we may ask, what are you currently working on?

Following the Moholy-Nagy film project, I am thinking of a film project about the Feininger family, their biographies, and their various involvements in the arts. So far, I still have to build connections. I may do some research at the Feininger Archive at Harvard. 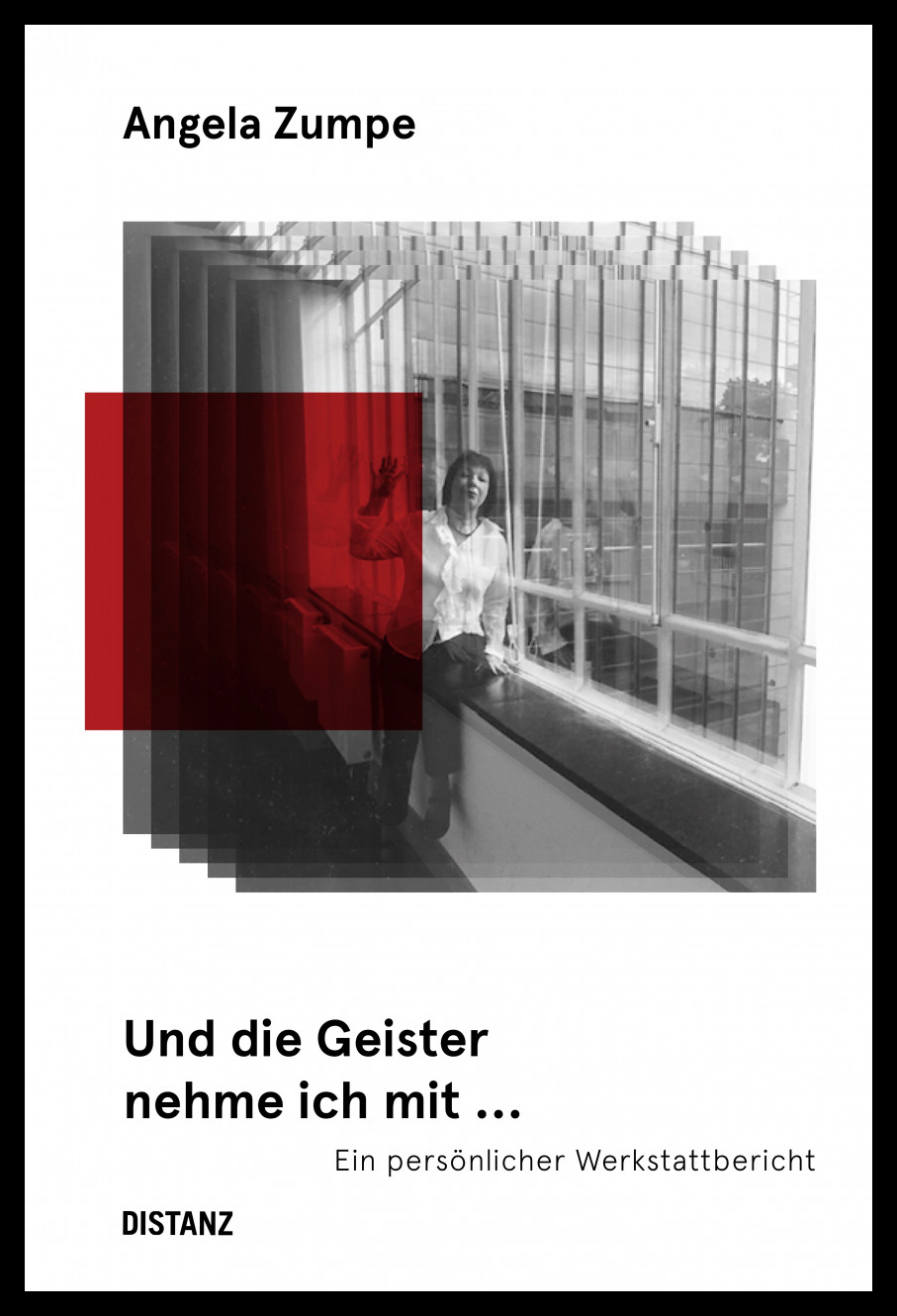