Andreas Bernard is Professor for Cultural Studies and co-speaker of the Centre for Digital Cultures. He studied Literary Criticism and Cultural Studies in Munich and wrote his dissertation on the History of the Elevator at Bauhaus University Weimar (2005). He was a Scientific Assistant in Weimar (2002-2005) and at University of Constance (2007-2010). In 2012, he was a Fellow at Centre for Literary and Cultural Research (ZfL) in Berlin. Between 1995 and 2014, he has been an editor and author of Süddeutsche Zeitung in Munich. Since 2014, he is an author of Frankfurter Allgemeine Sonntagszeitung. His books include Lifted: A Cultural History of the Elevator (NYUP, 2014), Kinder machen: Neue Reproduktionstechnologien und die Ordnung der Familie. Samenspender, Leihmütter, Künstliche Befruchtung (2014), Persons of Interest: The Status of the Self in Digital Cultures (S. Fischer Verlag, 2017), and Theory of the Hashtag (Polity, 2019).

For information on Andreas Bernard's event on his book Theory of the Hashtag with Professor Nicholas Mirzoeff, please click here. 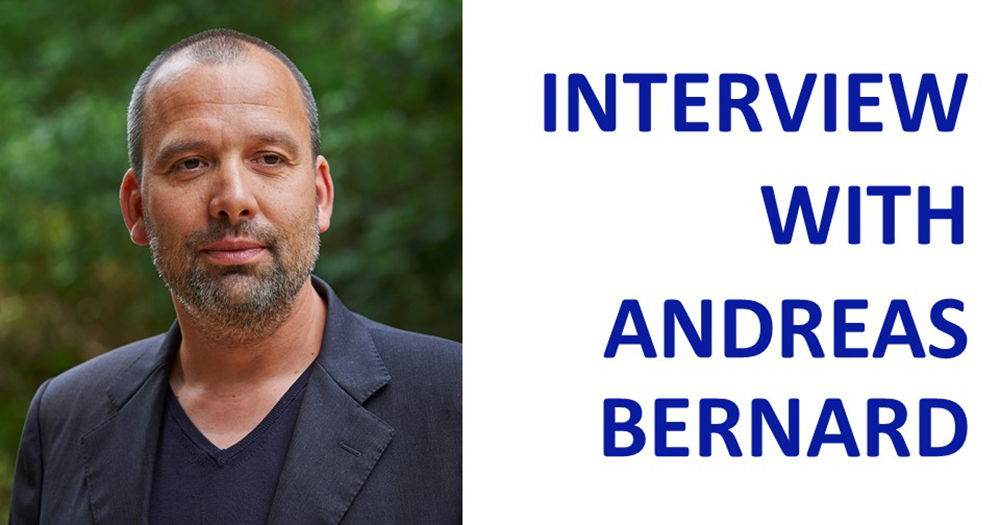 1. Is this your first trip to New York? What about this city, if anything, inspires you and your research? How does New York compare with the cities in Germany where you’ve resided and worked?

No, I’ve been in New York in the past. For example, I wrote parts of my dissertation on the history of the elevator here, back in 2003. In a way, it was the natural environment here to write about the elevator. Of course, New York differs from all German (and European) cities in terms of its speed and density. Most of the times this is good for the energy of the own writing.

2. Your most recent publication, Theory of the Hashtag, is about the hashtag symbol and its role in digital activism. Why did you decide to focus your research on this ubiquitous symbol?

I think the hashtag is ubiquitous today in organizing public discourse, but so far there hasn’t been almost any mediatheoretical analysis on the ways how this little sign exactly shapes the rules and limits of what can be said in digital culture. This analysis I wanted to do.

3. Are the two primary functions of the hashtag symbol, activism and marketing, mutually exclusive? Do you believe that it could be possible to have one working in tandem with the other? Can a company use hashtag activism as a method of marketing or use their products as a way to promote an ideal?

When I started my research, I was surprised that political activism and marketing seem to be the two absolutely dominant spheres of using the hashtag. On first sight, these two spheres don’t seem to have much in common, they even represent opposite mentalities and ideologies. But in using the hashtag as an organizer of statements, they converge.

4. Your writings have focused on the history of elevators, the status of the self in digital cultures, modern reproductive technologies, and the power of the hashtag. What ties these subject matters and your fascination with them together?

I think there isn’t necessarily a relation in terms of content. There’s more a relation in terms of method. I try to work on subjects and problems which are of contemporary interest, but then go back in time and try to write something like the prehistory of these subjects, e.g. the history of the profile in criminology, the “biography” of the sign # in older media technologies or the imaginations of procreate children outside the female body since the 18th century. By using this method, which you could call a genealogy of knowledge, I think the present can be understood better.

5. Your work in the last couple years has been focused primarily on digital culture. What about digital culture appeals to you as a focus of research?

The digital infrastructures and devices have become so omnipresent and pervasive today that they are often and by most of the people taken for granted. The rhetoric and promises of the tech industry also shape a very powerful narrative of the advantages and necessities of “connection”, “networking”, “sharing” etc.  As a researcher in cultural and media studies, I think it’s important to lay out a counter narrative which is more aware of the discontinuities and historical constellations of our digital present.

6. Would you say that digital culture is an entirely unprecedented phenomenon that emerged from the development of digital technology or can we find historical trends and examples similar to digital culture from which we can draw insight and lessons?

Of course, a historiographical perspective generally helps to find relations and similarities towards contemporary developments. Concerning digital culture, it’s useful, for instance, to study the early history of the letterpress in the 15th century, which marked a similar threshold in media history.

7. Could you explain your research process? Where do you begin - do you start with a topic already in mind or does the topic emerge from research you’ve conducted in previous projects?

This has been different from project to project, but what’s always the case is, that the final book never resembles very much the first ideas and exposés about the project. I could never understand researchers who start by writing a table of contents and then continuing chapter by chapter just as they planned it. I’ve rather made the experience that the structure of a book changes constantly in the act of writing.

8. You have worked as a journalist for most of your career, and continue to do so in addition to your work as a Professor of cultural studies. How do these two professions inform each other and influence your thinking?

I think these are two very different forms of work, the one very material-based, the other rather fast and more focused on the writing itself, with far less material at hand. Sometimes that change of rhythm in writing is very interesting.

9. If we may ask, what are you currently working on?

Currently, I’m trying to finish a book on pinball machines. But it’s not a scholarly book, but rather a memoir, the attempt to narrate a biography as a series of pinball experiences. 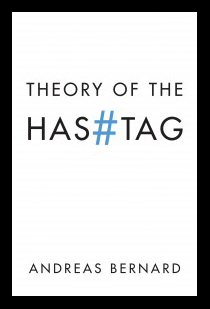