"The Diaries of Franz Kafka:" A Conversation among Ross Benjamin, Vivian Liska, and Ulrich Baer 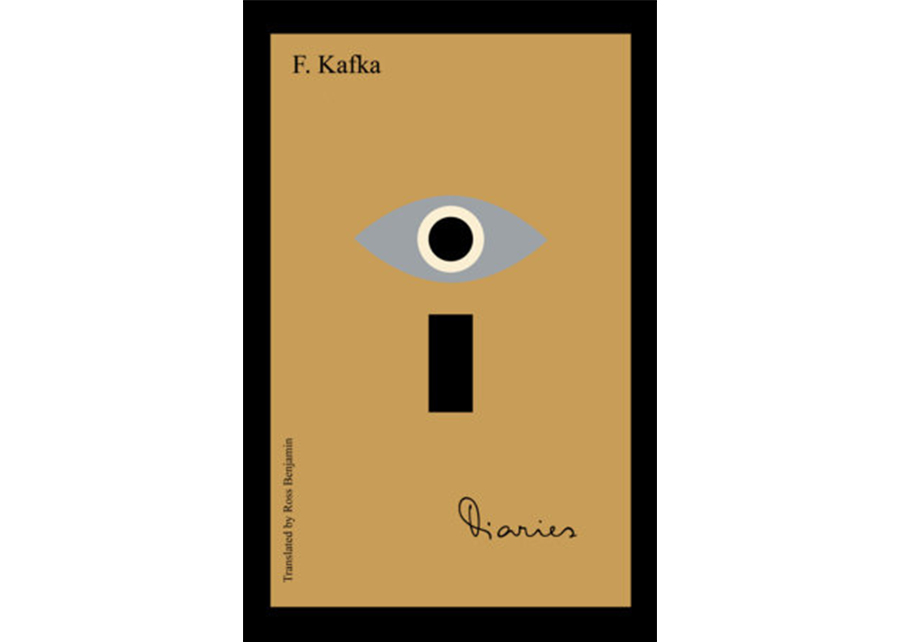 Deutsches Haus at NYU presents a conversation among Ross Benjamin, Vivian Liska, and Ulrich Baer about Ross Benjamin’s new translation of The Diaries of Franz Kafka (The Schocken Kafka Library, January 2023). Ross Benjamin will read from his new essential translation of Kafka's complete, uncensored diaries, and reflect on the choices he made in realizing this translation.

About "The Diaries of Franz Kafka:"

Dating from 1909 to 1923, the handwritten diaries contain various kinds of writing: accounts of daily events, reflections, observations, literary sketches, drafts of letters, accounts of dreams, as well as finished stories. This volume makes available for the first time in English a comprehensive reconstruction of the diary entries and provides substantial new content, including details, names, literary works, and passages of a sexual nature that were omitted from previous publications. By faithfully reproducing the diaries’ distinctive—and often surprisingly unpolished—writing in Kafka’s notebooks, translator Ross Benjamin brings to light not only the author’s use of the diaries for literary experimentation and private self-expression, but also their value as a work of art in themselves.

Ulrich Baer (moderator) is University Professor at New York University where he teaches literature and photography. His books include Remnants of Song: The Experience of Modernity in Charles Baudelaire and Paul Celan; Spectral Evidence: The Photography of Trauma; The Rilke Alphabet; What Snowflakes Get Right: Free Speech, Equality and Truth in the University, and, as editor and translator, The Dark Interval: Rilke’s Letters on Loss, Grief and Transformation; the German edition of Rainer Maria Rilke's Prose, and, with Amir Eshel, Hannah Arendt zwischen den Disziplinen. He hosts the ideas podcast, Think About It, and has published editions of numerous classic books with Warbler Press.

Ross Benjamin’s  translations include Friedrich Hölderlin’s Hyperion (Archipelago Books, 2008), Kevin Vennemann’s Close to Jedenew (Melville House, 2008), Joseph Roth’s Job (Archipelago, 2010), Clemens J. Setz’s Indigo (Liveright, 2014), Daniel Kehlmann’s You Should Have Left (Pantheon, 2017) and Tyll (Pantheon, 2020), and Franz Kafka’s Diaries (Schocken, 2023). He is a 2015 Guggenheim Fellow. His translation of Tyll was shortlisted for the 2020 Booker International Prize. He  was awarded the 2010 Helen and Kurt Wolff Translator's Prize for his rendering of Michael Maar's Speak, Nabokov (Verso Books, 2009), a 2012 National Endowment for the Arts Literature Fellowship to translate Clemens J. Setz's The Frequencies, and a commendation from the judges of the 2012 Schlegel-Tieck Prize for his translation of Thomas Pletzinger's Funeral for a Dog (W.W. Norton & Company, 2011). His literary criticism has appeared in The Times Literary Supplement, Bookforum, The Nation, and other publications. He was a 2003–2004 Fulbright Scholar in Berlin and is a graduate of Vassar College.

Vivian Liska is Professor of German literature and Director of the Institute of Jewish Studies at the University of Antwerp, Belgium, as well as Distinguished Visiting Professor in the Faculty of the Humanities at The Hebrew University of Jerusalem. She’s the (co-)editor of the journal for Literary Culture arcadia, the Yearbook of the European Jewish Literature Association, and of many books on Modernism, German Literature, and German-Jewish Thought, among them Kafka and the Universal (2016). She also directs the book series Perspectives on Jewish Texts and Contexts (De Gruyter). Her books include When Kafka Says We. Uncommon Communities in German-Jewish Literature (2009);  Giorgio Agambens leerer Messianismus (2011); Fremde Gemeinschaft. Deutsch-jüdische Literatur der Moderne (2011); and German-Jewish Thought and its Afterlife. A Tenuous Legacy (2017). She is currently working on New Beginnings.

"'The Diaries of Franz Kafka:' A Conversation among Ross Benjamin, Vivian Liska, and Ulrich Baer" is funded by the DAAD from funds of the German Federal Foreign Office (AA).

Additional thanks goes to Demetri Papadimitropoulos and Vanessa Rae Haughton of Alfred A. Knopf for their invaluable support in organizing this event.