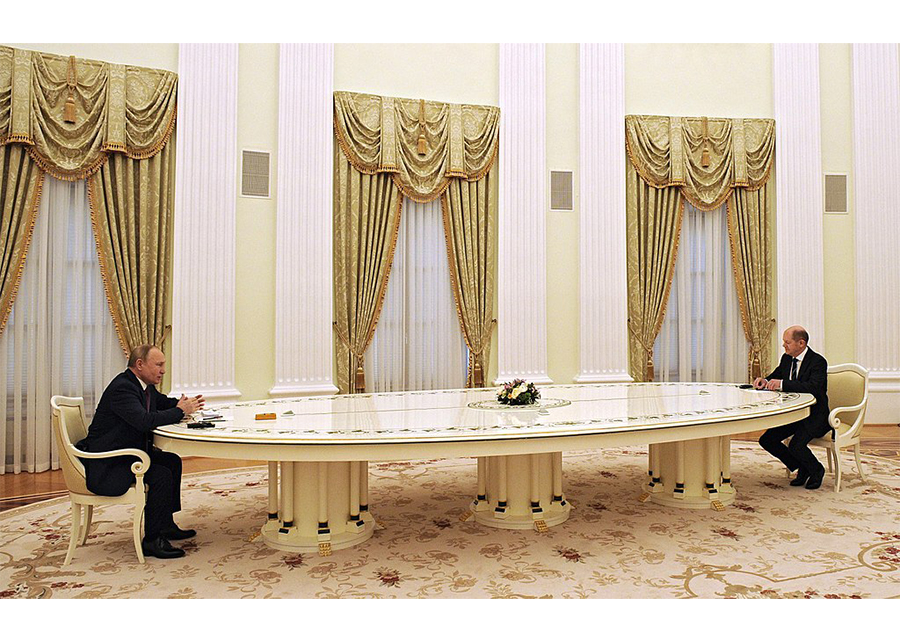 Deutsches Haus at NYU, the American Council on Germany, and NYU’s Center for European and Mediterranean Studies present a discussion with Member of the German Bundestag Metin Hakverdi (SPD). After opening remarks, Metin Hakverdi will engage in an exchange with the audience providing a first-rate opportunity to reflect upon evolving policy issues and the future of the transatlantic relationship.

In a special address to the German Bundestag on February 27, 2022, Chancellor Olaf Scholz announced far-reaching policy changes as a response to the Russian invasion of Ukraine. This included a commitment to take a more active role in issues of defense and security policy by increasing defense spending and reconsidering choices in military deployment and weapon systems. This dramatic policy shift not only has implications for domestic policy debates but also for the international stage and especially for Germany’s role within the EU and vis-à-vis the U.S.

Metin Hakverdi joined the SPD in 2002, and has been a member of the German Bundestag since 2013. He serves on the Bundestag’s Committee on European Union Affairs and on the Budget Committee. He is the Chairman of the USA/North America Working Group within the SPD Parliamentary Group and a member of the German-American Parliamentary Friendship Group in the German Bundestag. Before being elected to the Bundestag, Mr. Hakverdi was a member of the Parliament of the Free and Hanseatic City of Hamburg from 2008 to 2013, where he was on the Budget Committee and the Committee of Public Companies and Assets. He attended high school in Simi Valley, California, in 1985/86 and studied law at the Christian-Albrecht University in Kiel and at Indiana University’s Maurer School of Law. He became licensed to practice law in 2000.

Thomas Zittel (moderator) is Professor for Comparative Politics at Goethe University Frankfurt and currently Max Weber Visiting Professor for European and German Studies at the Center for European and Mediterranean Studies, New York University. He holds an MA
from Johns Hopkins University, Baltimore and a PhD from the University of Mannheim. Prior to coming to Goethe-University Frankfurt he taught at Cornell University, Ludwig-Maximilians University Munich, and University of Mannheim. His research focuses on comparative political representation with special emphases on legislative organization and behavior, political personalization, campaign politics, and electoral systems.

"One Year Later: Russia’s War in Ukraine, Germany’s Policy Pivot, and Implications for Transatlantic Relations" is funded by the DAAD from funds of the German Federal Foreign Office (AA).