"Bricks and Mortar:" A Conversation between Clemens Meyer and Eric Jarosinski 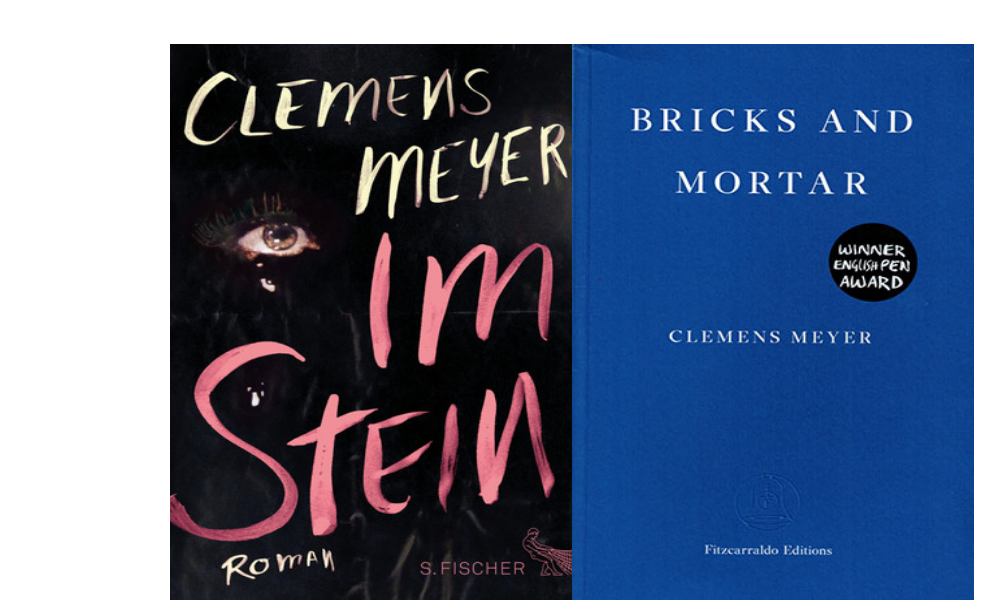 Deutsches Haus at NYU and the NYU Department of German present a reading by the author and current DAAD Chair of Contemporary Poetics, Clemens Meyer, from his novel Bricks and Mortar (Im Stein), followed by a conversation with @neinquarterly's Eric Jarosinski.

Bricks and Mortar is the story of the sex trade in a big city in the former GDR, from just before 1989 to the present day, charting the development of the industry from absolute prohibition to full legality in the 20 years following the reunification of Germany. The focus is on the rise and fall of one man from football hooligan to large-scale landlord and service-provider for prostitutes to, ultimately, a man persecuted by those he once trusted. But we also hear other voices: many different women who work in prostitution, their clients, small-time gangsters, an ex-jockey searching for his drug-addict daughter, a businessman from the West, a girl forced into child prostitution, a detective, a pirate radio presenter…

In his most ambitious book to date, Clemens Meyer pays homage to modernist, East German and contemporary writers like Alfred Döblin, Wolfgang Hilbig, and David Peace but uses his own style and almost hallucinatory techniques. Time shifts and stretches, people die and come to life again, and Meyer takes his characters seriously and challenges his readers in this dizzying eye-opening novel that also finds inspiration in the films of Russ Meyer, Takashi Miike, Gaspar Noé, and David Lynch.

Clemens Meyer was born in Halle/Saale and is based in Leipzig. His first novel Als wir träumten (While We Were Dreaming) was published in 2006, followed by Die Nacht, die Lichter. Stories (All the Lights, 2008), Gewalten. Ein Tagebuch (Acts of Violence: A Diary, 2010), the novel Im Stein (Bricks and Mortar, 2013), as well as the Frankfurt poetics lectures Der Untergang der Äkschn GmbH (The Downfall of Äkschn LLC., 2016). Clemens Meyer has received numerous prizes for his works, including the Leipzig Book Fair Prize (Preis der Leipziger Buchmesse). Im Stein was shortlisted for the German Book Prize (Deutscher Buchpreis), won the Bremen Literature Prize (Bremer Literaturpreis), and was nominated for the Man Booker International Prize 2017. Als wir träumten was made into a film in 2015 by Andreas Dresen and competed in the Berlinale that year. In spring 2017, Clemens Meyer published a collection of short stories, Die Stillen Trabanten (The Silent Trabants). Clemens Meyer is currently the DAAD Chair in Contemporary Poetics at NYU’s Department of German.

Once a professor of German language and literature, Eric Jarosinski has gone on to find his true calling as a former professor of German language and literature. He is currently the editor and sole author of @NeinQuarterly, the world's leading fictitious journal of utopian negation (found on Twitter), and a columnist for the German weekly Die Zeit. In addition, Jarosinski regularly takes his stand-up philosophy/sit-down comedy on the road as part of his ongoing Failed Intellectual Goodwill Tour. His writing and stage performances have been featured in numerous international publications, including the New Yorker, The Economist, Frankfurter Allgemeine Zeitung, and El País. Jarosinski's first book, Nein. A Manifesto., was recently published in six languages.

"Bricks and Mortar:" A Conversation between Clemens Meyer and Eric Jarosinski is a DAAD-sponsored event.