Priscilla Layne's "The Kids Aren't Alright: Afro-German Afrofuturism and the Fight for Futurity" 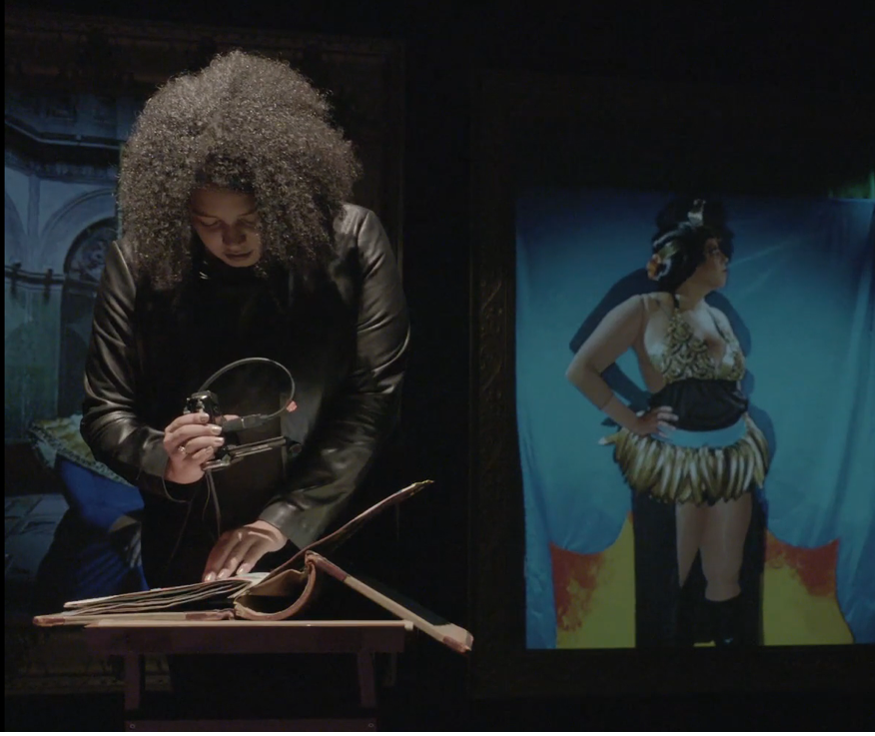 The Department of German at NYU and Deutsches Haus at NYU present a talk by Professor Priscilla Layne, who will speak on "The Kids aren't Alright: Afro-German Afrofuturism and the Fight for Futurity."

Drawing on theoretical models culled from Black (German) studies, Afrofuturism, performance studies and queer theory, in this talk I will analyze examples of Black German artists’ engagement with “future-making” through fantasy and speculative and science fiction. From the “Afronauts” painting cycle (1999) of visual artist, Daniel Kojo Schrade, and the poetry of Philipp Khabo Köpsell, to the prose of Sharon Dodua Otoo and the plays and performances of Olivia Wenzel and Simone Dede Ayivi, Black German artists have increasingly employed Afrofuturist tropes in order to critique Eurocentricism, uncover German racism and confront German colonialism. For centuries, Black Germans’ existence has been inherently threatened by both ideological and repressive state apparati, in such forms as schooling, artistic representation, police and institutions. Through Afrofuturism, Black Germans create a future in which Black German life can not only survive but thrive. As such, many of these texts center children as a symbol of the future. But rather than using “the Child” as an oppressive prescription for heteronormativity, Black German Afrofuturism embraces Black Diasporic queer kinship and asserts that children are valued, not for their innocence from social discourses, but precisely because they will eventually become racially conscious and politically active Black German adults necessary for sustaining the community. Thus, Black German futurity is part of the communal activity of creating a Black German identity.

Dr. Priscilla Layne is Associate Professor of German, Adjunct Assistant Professor of African and Afro-American Studies, and the Director of Graduate Studies at the University of North Carolina at Chapel Hill.

Dr. Layne's first book, White Rebels in Black: German Appropriation of Black Popular Culture, is forthcoming April 2018 with the University of Michigan Press. In this book, she examines how, following WWII, German artists often associated white, rebellious male characters with black popular culture, because black culture functioned as a metaphor for rebellion. Priscilla is currently working on her second book, Out of this World: Afro-German Afrofuturism, which focuses on Afro-German authors’ use of Afrofuturist concepts in literature and theater. In addition to this project, some of the broader themes she is interested in are German national identity, conceptions of race and self/other in Germany, cross-racial empathy, postcolonialism, and rebellion.

Dr. Layne was recently interviewed on about her new book White Rebels in Black: German Appropriation of Black Popular Culture.

After serving as Vice President from 2020-2021, Dr. Layne is now President of the American Association of Teachers of German through 2023.

The University’s COVID-19 vaccination requirements—that all members of the NYU community, including employees, faculty members, students, affiliates, vendors, and visitors, must be fully vaccinated against COVID-19 and, once eligible, boosted—remain in force.

All visitors must be prepared to present proof of compliance with the University’s COVID-19 vaccination requirements if asked to do so.

"Priscilla Layne's 'The Kid's aren't Alright: Afro-German Afrofuturism and the Fight for Futurity'" is co-funded by the NYU FAS Vice Dean's Office for Diversity, Equity, Inclusion & Faculty Development and the DAAD from funds of the German Federal Foreign Office (AA).