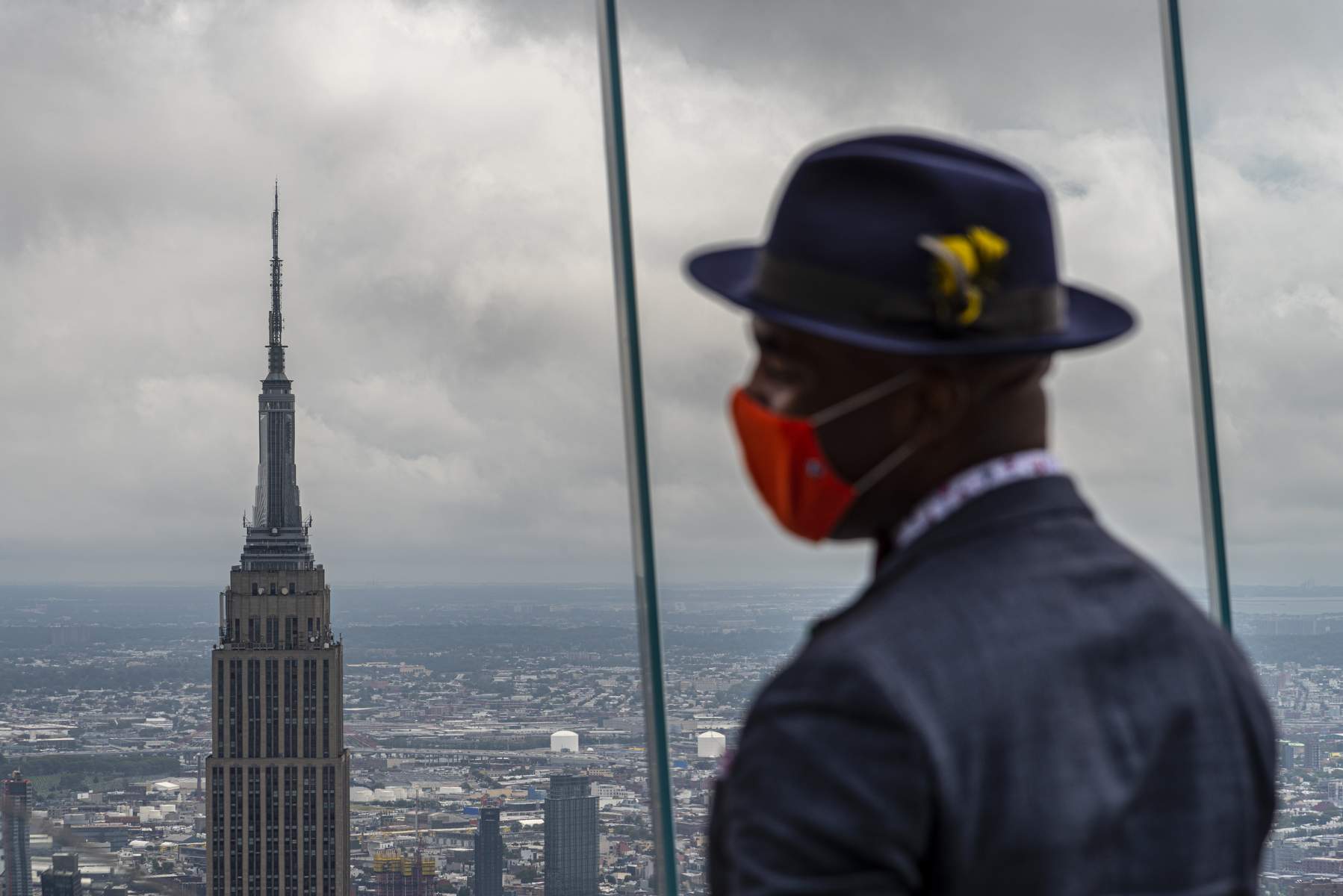 Please note: For now, according to NYU guidelines, this exhibition will be open to NYU students, staff, and faculty only.

Deutsches Haus at NYU presents the solo exhibition "Keep Going New York !!” featuring Stefan Falke's latest work. In these award winning photos New York City photographer Stefan Falke focuses on the resilience of his fellow New Yorkers, on moments of normalcy under exceptional circumstances during the pandemic in 2020. The positive attitude in these stunning photographs of his chosen hometown show New Yorkers doing what they always do: They keep going!

Stefan Falke self-published the book Keep Going New York !! on the publishing platform blurb, with 58 color photographs on 62 pages, 10×8 in, 25×20 cm, with an introduction by New York journalist Claudia Steinberg. A series of photos from the book were awarded 2nd place for the series by the American Society of Media Photographers in the Best of ASMP 2020 and 3rd place in street photography by IPA, the International Photography Awards. The book won the Communication Arts 2021 Award of Excellence and selected images were published in the Photography Annual.

Deutsches Haus at NYU will present a virtual artist talk between Stefan Falke and journalist Claudia Steinberg to be announced at a later point.

Photographer Stefan Falke was born in Paderborn, Germany. After abandoning his civil engineering studies he worked as a photographer's assistant in Munich and later as a silk screen printer in Hamburg. He moved to New York in the mid 80s for a while where he photographed for German and Austrian magazines. German film studios hired him as a set photographer for movies filmed  in Europe and Africa after his return to Hamburg. He credits his time working on movie sets with “my most important time for becoming a working photographer." He moved back to New York in 2002 where he now lives with his wife Christine. Besides working on his assignments he passionately follows his long-term projects like "MOKO JUMBIES: The Dancing Spirits of Trinidad,” "LA FRONTERA: Artists along the U.S. – Mexican Border," and, more recently, "Keep Going New York !!", about the streets of New York and its resilient people during the pandemic in 2020. Falke is a member of the photo agency laif - Agentur für Photos & Reportagen - since 1999.

Journalist Claudia Steinberg lives in New York City and writes for publications in the U.S. and abroad, including The New York Time, Die Zeit, Vogue, taz, Frankfurter Allgemeine Zeitung, Architektur & Wohnen in Germany, and Tank Magazine in England. She covers a wide range of topics: the arts, architecture, and interiors as well as human interest stories.

This exhibition is made possible through an endowment established by Roger J. Schnetzer.