“’What You Can See From Here:’ A Conversation among Mariana Leky, Tess Lewis, and Rachel Cohen”

Deutsches Haus at NYU and the Consulate General of the Federal Republic of Germany New York present “’What You Can See From Here:’ A Conversation among Mariana Leky, Tess Lewis, and Rachel Cohen.” In Mariana Leky’s international bestseller "What You Can See from Here" (Farrar, Straus and Giroux, June 2021, in an English-language translation by Tess Lewis), a heartwarming story unfolds about a small town, a grandmother whose dreams foretell a coming death, and the young woman forever changed by these losses and her loving, endearingly oddball community. Welcoming remarks will be provided by Wolfram von Heynitz, the Deputy Consul General at the Consulate General of Germany New York. 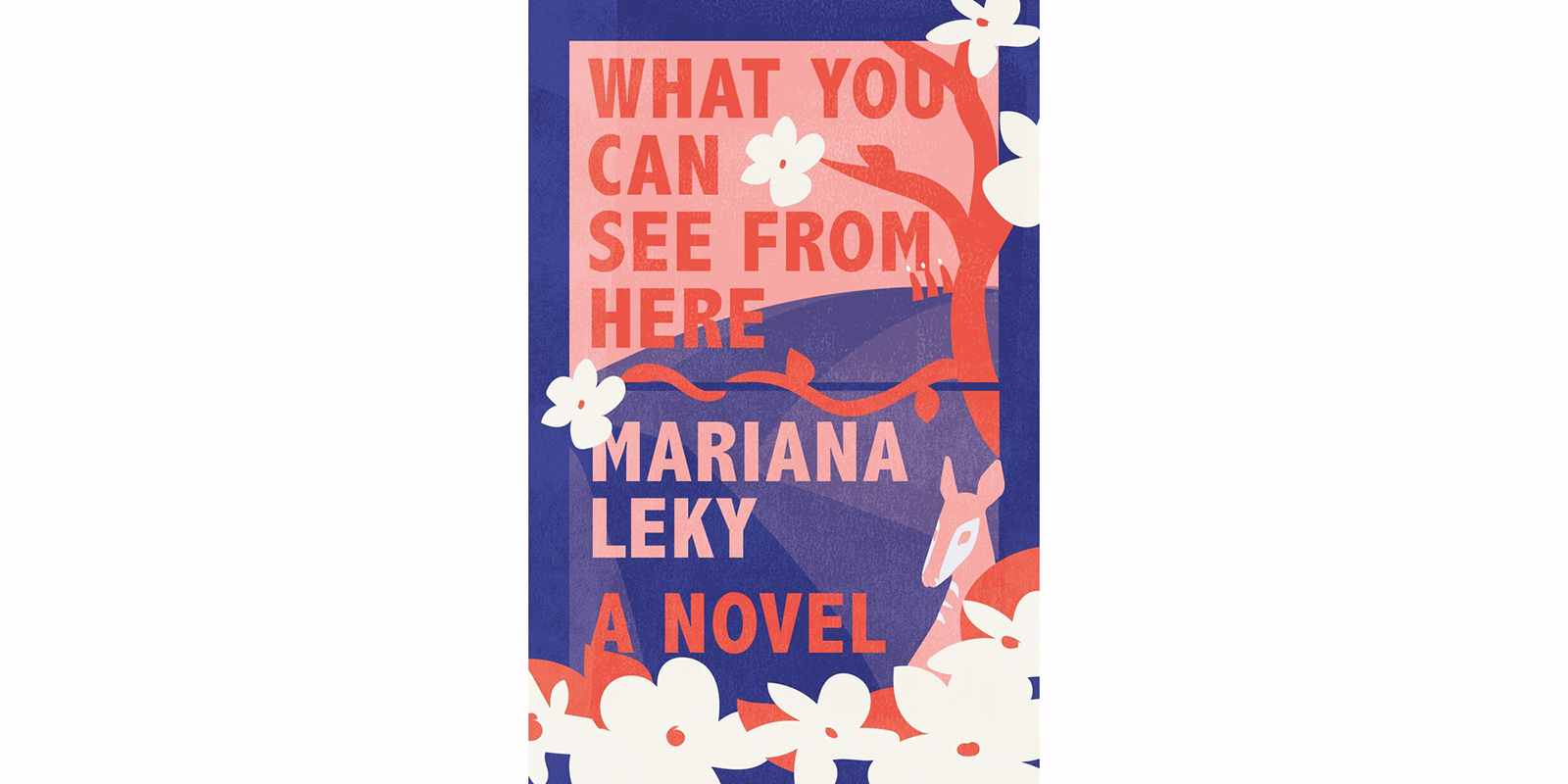 On a beautiful spring morning, the inhabitants of a small village in Western Germany wake up to an omen. Luisa’s grandmother, Selma has dreamed of an okapi, a sure sign that someone will die within the day.

Ten-year-old Luisa looks on as the predictable characters of her small world begin acting strangely. Protesting that they are not superstitious, each of the villagers grapples with the buried secrets and deferred decisions that have suddenly become urgent. What if they leave their deepest confessions unspoken, their desires unrealized?

Luisa's mother struggles to decide whether to end her marriage. An old family friend, known only as the optician, tries to find the courage to tell Selma he loves her. Only Sad Marlies remains unchanged, still moping around her house and cooking terrible food. But when death finally comes, the circumstances are outside anyone’s expectations.

Across three defining moments in her life, Luisa grapples with irresolvable questions of fate alongside her devoted friends, young and old. A story about the absurdity of life and death, a bittersweet portrait of village life and the wider world that beckons beyond, What You Can See From Here is also a thoughtful meditation on the way loss and love shape not just a person, but a community.

About the author: Mariana Leky was born in Cologne and lives in Berlin. She is the author of the novels The Gentlemen's Tailor and First Aid, for which she received the Advancement Prize for Young Artists from the State of North Rhine-Westfalia. What You Can See from Here won the Comburg-Stipenduim and the Via-Communis-Literaturpreis in Germany. Leky began her career as a bookseller and later studied cultural journalism at the University of Hildesheim.

Tess Lewis is a writer and translator from the French and German. Her translations include works by Peter Handke, Walter Benjamin, Klaus Merz, Hans Magnus Enzensberger, Christine Angot, Pascal Bruckner, and Jean-Luc Benoziglio.

Rachel Cohen (moderator) is the author of Austen Years: A Memoir in Five Novels, A Chance Meeting: Intertwined Lives of American Writers and Artists, which won the PEN/Jerard Fund Award and was a finalist for the Guardian First Book Prize, and Bernard Berenson: A Life in the Picture Trade, which was longlisted for the JQ Wingate Literary Prize. Her essays have appeared in The New Yorker, The New York Times, The Guardian, The London Review of Books, The Believer, and elsewhere. She is the recipient of fellowships from the Guggenheim Foundation, the MacDowell Colony, and the New York Foundation for the Arts, and teaches in the Creative Writing Program at the University of Chicago.

To RSVP for this conversation, please click here. Registration is (as always) free and open to the general public. Only registered attendees will receive Zoom webinar information via email prior to the event. You can download Zoom here.

Thanks to Lauren Roberts and Farrar, Straus, and Giroux for their organizational support.

“’What You Can See From Here:’ A Conversation among Mariana Leky, Tess Lewis, and Rachel Cohen” is funded by the DAAD from funds of the German Federal Foreign Office (AA).