Käsebier Takes Berlin: The Weimar Republic and Satire in Times of Crises

Deutsches Haus at NYU and the New York Review of Books present “Käsebier Takes Berlin: The Weimar Republic and Satire in Times of Crises,” which will focus on Sophie Duvernoy’s new translation of Gabriele Tergit’s Käsebier Takes Berlin and the vital function of satire in times of crises, both in democratic societies of the past and today. Sophie Duvernoy will be in conversation with the Germanist and mastermind behind @neinquarterly, Eric Jarosinski, and Eric Banks, Director of the New York Institute for the Humanities at NYU. 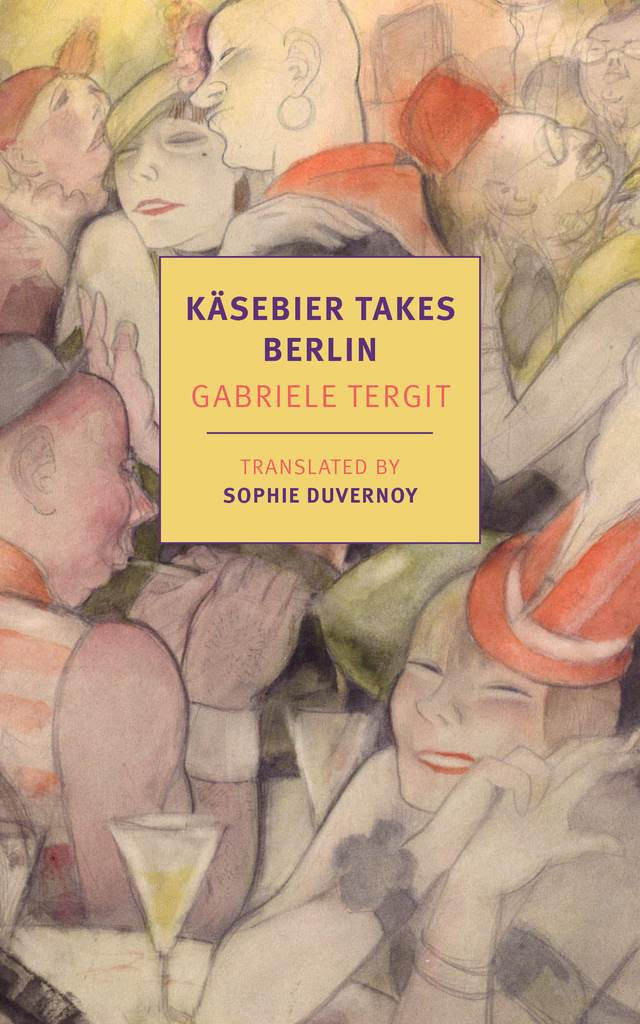 In Berlin, 1930, the name Käsebier is on everyone’s lips. A literal combination of the German words for “cheese” and “beer,” it’s an unglamorous name for an unglamorous man—a small-time crooner who performs nightly on a shabby stage for laborers, secretaries, and shopkeepers. Until the press shows up.

In the blink of an eye, this everyman is made a star: a star who can sing songs for a troubled time. Margot Weissmann, the arts patron, hosts champagne breakfasts for Käsebier; Muschler, the banker, builds a theater in his honor; Willi Frächter, a parvenu writer, makes a mint off Käsebier-themed business ventures and books. All the while, the journalists who catapulted Käsebier to fame watch the monstrous media machine churn in amazement—and are aghast at the demons they have unleashed.

In Käsebier Takes Berlin, the journalist Gabriele Tergit wrote a searing satire of the excesses and follies of the Weimar Republic. Chronicling a country on the brink of fascism and a press on the edge of collapse, Tergit’s novel caused a sensation when it was published in 1931. As witty as Kurt Tucholsky and as trenchant as Karl Kraus, Tergit portrays a world too entranced by fireworks to notice its smoldering edges.

Sophie Duvernoy is a PhD candidate in German Literature at Yale University, where she focuses on the literature and aesthetic theory of the Weimar Republic. Her translation of Gabriele Tergit’s Käsebier Takes Berlin was published by NYRB Classics in 2019, and she is the recipient of the 2015 Gutekunst Prize for young translators. She is now working on a translation of Emmy Hennings’ Das Brandmal (The Burn). Her writing and translations have appeared in the Paris Review, Los Angeles Review of Books, No Man’s Land, and The Offing.

Eric Banks (moderator), Director of the New York Institute for the Humanities at NYU, is a writer and editor based in New York. A former senior editor of Artforum, Banks relaunched Bookforum in 2003 and served as the publication’s editor in chief until 2008. From 2011 to 2013, Banks served as president of the National Book Critics Circle and is a two-term member of the NBCC board of directors as well as chair or past chair of its award committees on Biography and Criticism.

Banks’s writing has appeared in numerous publications, including Bookforum, the New York Times Book Review, the Financial Times, Slate, the Wall Street Journal, Aperture, and the Chronicle of Higher Education. He has contributed essays to monographs on a number of artists, including Franz West (To Build a House You Start With the Roof, MIT Press, 2008) and Christopher Wool (Christopher Wool, Taschen, 2008). Additionally, he has edited numerous catalogues and collections of artists’ writings, including Artists for Artists: Fifty Years of the Foundation for Contemporary Arts (D.A.P., 2013); Paul Chan: Selected Writings (D.A.P., 2014); and Jeff Koons: A Retrospective (Yale University Press/Whitney Museum of American Art, 2014).

Käsebier Takes Berlin will be for sale by New York Review of Books during the event.

“Käsebier Takes Berlin: The Weimar Republic and Satire in Times of Crises” is a DAAD-sponsored event.