Deutsches Haus at NYU presents the exhibition “Motherboard” by visual artist Arnold Helbling. The exhibition features paintings and drawings and explores the hidden structures of our daily communication as if viewed through an X-ray machine. The site-specific installation on the ground floor is made up of lines and connection points of circuit boards and resembles a complex subway map of a futuristic city. Speech bubbles remind us of the simple human interactions requiring these complex electronic connections. An additional installation and paintings are shown on the second floor.

The exhibition will be on view through October 25.
Please join us for a reception with the artist on October 25, 6-8pm. 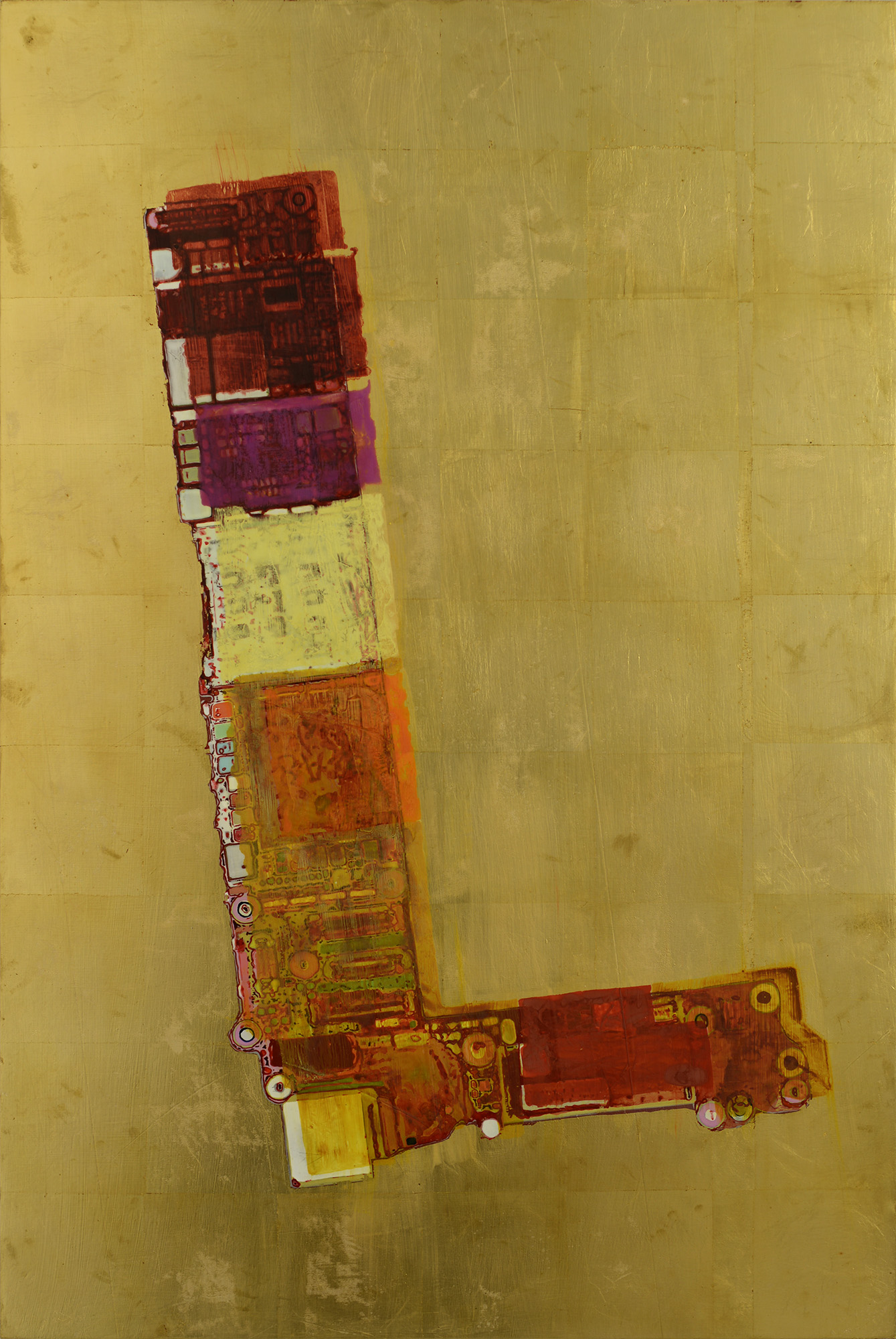 Moving Fast; Treeline; Drop City; Into the Wild; This Is Karate (with Marco Breuer); Invisible City; What Goes Up; Powers of 10; We Are Not in Kansas Anymore, Toto; Essentielle Signaturen Sich Auflösender Horizonte; Everything Falls Apart Yet Nothing Ever Does; I Know You Came to Take Away My Toys… Escapes and Other Lies from Babylon; More, the Sophisticated Art of Forgetting; Still Life; Stoffwechsel and Mrs. Chauchats Gift to the Young Lover.

Support for the reception is provided by the Consulate General of Switzerland in New York.