The State(s) We're In: A New Age of Transatlantic Relations – Civil Society and Political Engagement 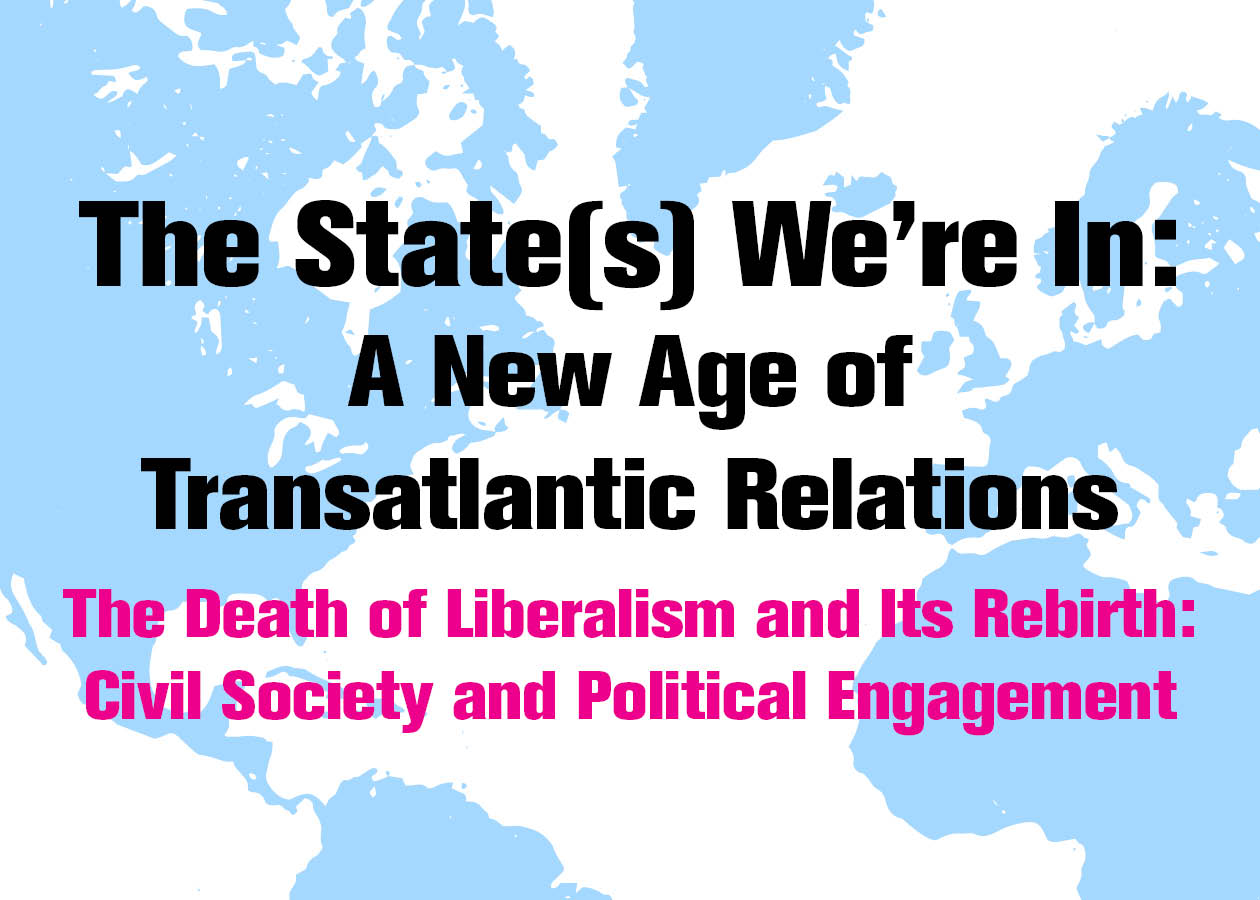 Liberal democracies are in crisis across otherwise radically different political contexts. Meanwhile, developmental states are relapsing into dictatorships and autocracies are thriving across the globe. What lies at the core of these illiberal tendencies? Is an end of deep polarization and widespread populism anywhere in sight? And what would be the role of civic engagement in overcoming this crisis?

Sheri Berman is professor of political science at Barnard College, New York. Sheri holds a PhD and MA from Harvard, and a BA from Yale. Her main interests are European politics and political history, democracy and democratization, globalization, and the history of the left. Her two books, both published with Cambridge, have examined the role played by social democracy in determining political outcomes in 20th-century Europe. She has published in prestigious journals like the Journal of Democracy and Perspectives on Politics.

Mark Blyth is a political economist whose research focuses upon how uncertainty and randomness impact complex systems, particularly economic systems, and why people continue to believe stupid economic ideas despite buckets of evidence to the contrary. He is the author of several books, including Great Transformations: Economic Ideas and Institutional Change in the Twentieth Century (Cambridge: Cambridge University Press 2002), Austerity: The History of a Dangerous Idea (Oxford University Press 2013), and The Future of the Euro (with Matthias Matthijs) (Oxford University Press 2015).

Claudia Wiesner is Professor for Political science at Fulda University of Applied Sciences and adjunct Professor in Political Science at Jyväskylä University. Previously she was Acting Professor for Comparative Politics at Hamburg, Bochum and Marburg University. She has also been a Visiting Fellow at the Robert Schumann Centre for Advanced Studies at the European University Institute (EUI) and the Berlin Social Sciences Centre. Her main research interests lie in the comparative study of democracy, political culture and political sociology in the EU multilevel system. She especially focuses on changes of concepts and institutions, as well as on the related debates and discourses. Wiesner´s second field of Research is Public Policy, its evaluation, its reform and its theory. Here she has a long-standing experience in public policy consulting. She chairs the ECPR Standing Group “Political Concepts”, has led several research projects and international cooperation networks, and was visiting fellow at universities in the US, France, Finland, Greece, and Spain.

"The State(s) We're In: A New Age of Transatlantic Relations. The Death of Liberalism and Its Rebirth: Civil Society and Political Engagement" is supported by the Transatlantic Program of the Federal Republic of Germany with funds from the European Recovery Program (ERP) of the Federal Ministry for Economy and Energy (BMWi). Additional support is provided by the DAAD.