With two years of the ZweiundVierzig (42) initiative and seventeen editions under our belt, we think it’s time to introduce a new segment. We’re starting this academic year off with: ZweiundVierzig Recommends! Instead of curated playlist organized through themes, ZweiundVierzig Recommends presents a select artist to highlight as a means to express more concretely the ways in which artists are shaping the German-speaking soundscapes.

ZweiundVierzig (42) is a monthly playlist that explores German music as it relates to the trends occurring in the contemporary American music industry. What kind of music is popular in the German-speaking world? What do the demographics of the performers/artists say about the political, social, and cultural shifts in the German-speaking countries? What parallels can be drawn between these countries, and what kind of parallel terminology, slang, and themes have developed? What differences are immediately apparent? From urban music, to rap and trap; to rock, pop, and techno; to dancehall, reggae, and bossa nova, etc.; ZweiundVierzig has something for all preferences and is an incredible resource for any language learner or music lover. 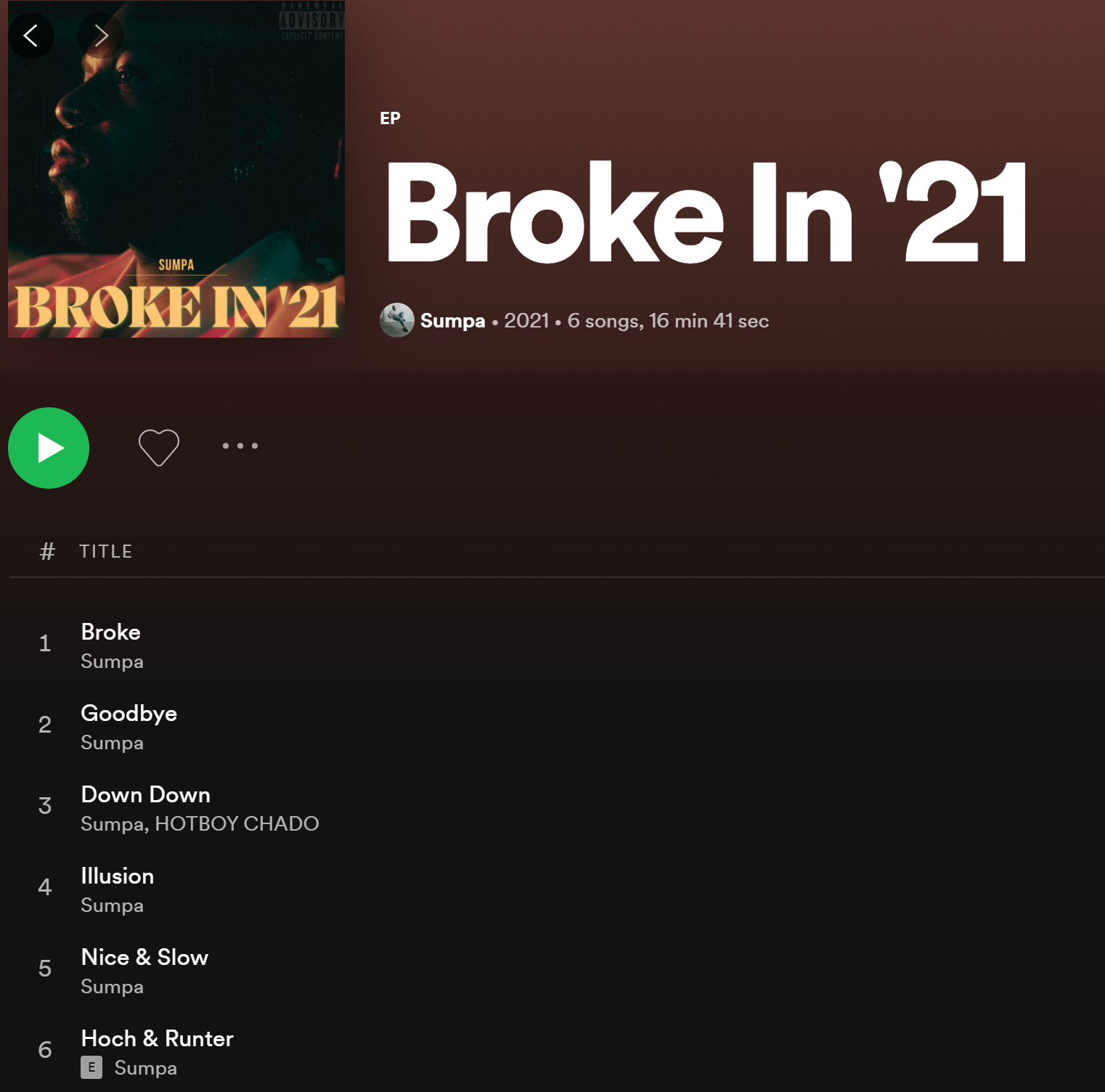 To kick off our first ever ZweiundVierzig Recommends, we present: Sumpa

Featured in High Snobiety as an artist to keep on your radar, on Infinit, and performing on COLORS, Sumpa’s quick notoriety still isn’t enough to match his talent or even the team surrounding his artistry. As pointed out on Infinit, Sumpa’s music is being produced by the likes of Rascal (who has also produced for the likes of GoldLink, Kendrick Lamar, and Serious Klein), and supported by Serious Klein’s collective and label: Family Tree, often stylized as 555.

The beauty of Sumpa in today’s soundscape is his ability to extract the best of the R&B genre, particularly from a 90’s tradition (centered in the English-speaking US/UK-spheres), and serve it through his contemporary German experiences. In turn, he makes accessible a now-by-gone era (by Gen Z standards) of this genre to the German-speaking folks who will be making music tomorrow. Scroll through the YouTube comments on his Colors performance (linked above) or his Hoch & Runter video (link below) and you'll notice several comments hailing Sumpa as an icon, finally succeeding in bringing R&B to the German soundscape.

The only way to describe Sumpa’s sound is decadent and transcendent. He warbles through the emotional time-space of black love and neglect to deliver nostalgia, solidarity, and ultimately comfort. Something along the lines of "been here before, and will overcome it again," only this time with a better soundtrack.

His latest EP, Broke in '21 starts with Broke, which traces a sense of lackluster and emptiness in multiple facets of his life, only to keep hope in music, which leads Sumpa out of his broke(n)ness. Goodbye follows as a last ditch effort to save a relationship that's already at its end. Down Down finds Sumpa picking up his life - and a new partner - in the hopes of taking them higher on his journey with him. Illusion finds Sumpa realizing a subject of his affection and everything he's built up around this subject, are all merely his own projection. Nice & Slow is an ode to cherishing a relationship and being present in it because you never know when it might come to an end. The final song on the EP, Hoch & Runter, has Sumpa closing off the themes of the album, riding with a partner up and down through the journey of life and love in '21.

We previously featured some of Sumpa’s earlier released work in ZweiundVierzig editions 14 and 15.