Abraham Liddell, Postdoctoral Research Scholar at Columbia University will present the talk "Cape Verde and the Early Modern Black Atlantic" as a part of  the lecture series "Charting the Portuguese Black Atlantic" at New York University.

Co-Sponsored by the Center for Latin American and Caribbean Studies(CLACS), the Department of Spanish and Portuguese, the Center for the Study of Africa and the African Diaspora (CSAAD), the Hemispheric Institute of Performance & Politics, and the King Juan Carlos I of Spain Center(KJCC).

Through Portuguese settlement in the fifteenth century, the Cape Verde islands became a launch base for trade between Europe and West Africa. By the sixteenth century, Cape Verde stood at the nexus of trade in enslaved Africans and goods between sub-Saharan Africa and the broader Atlantic world, including Portugal and Spain's American colonies. In this talk, I examine Cape Verde's critical role in the development of an early Black Lusophone Atlantic through analyzing the social networks of the free and enslaved Africans that lived, worked, and were sold as captives there. Examining Black Atlantic history through a social network lens offers historians another way to consider how social connections affected the rational choices that free and enslaved Black people made about their lives.

Abraham Liddell's research uses data science methods to examine the lives of free and enslaved Africans and their descendants in the early modern Atlantic world. He received his PhD in Latin American History from Vanderbilt University, where he also served as a fellow in the Center for Digital Humanities. He is currently conducting research in the Data Science Institute at Columbia University as a postdoctoral scholar. 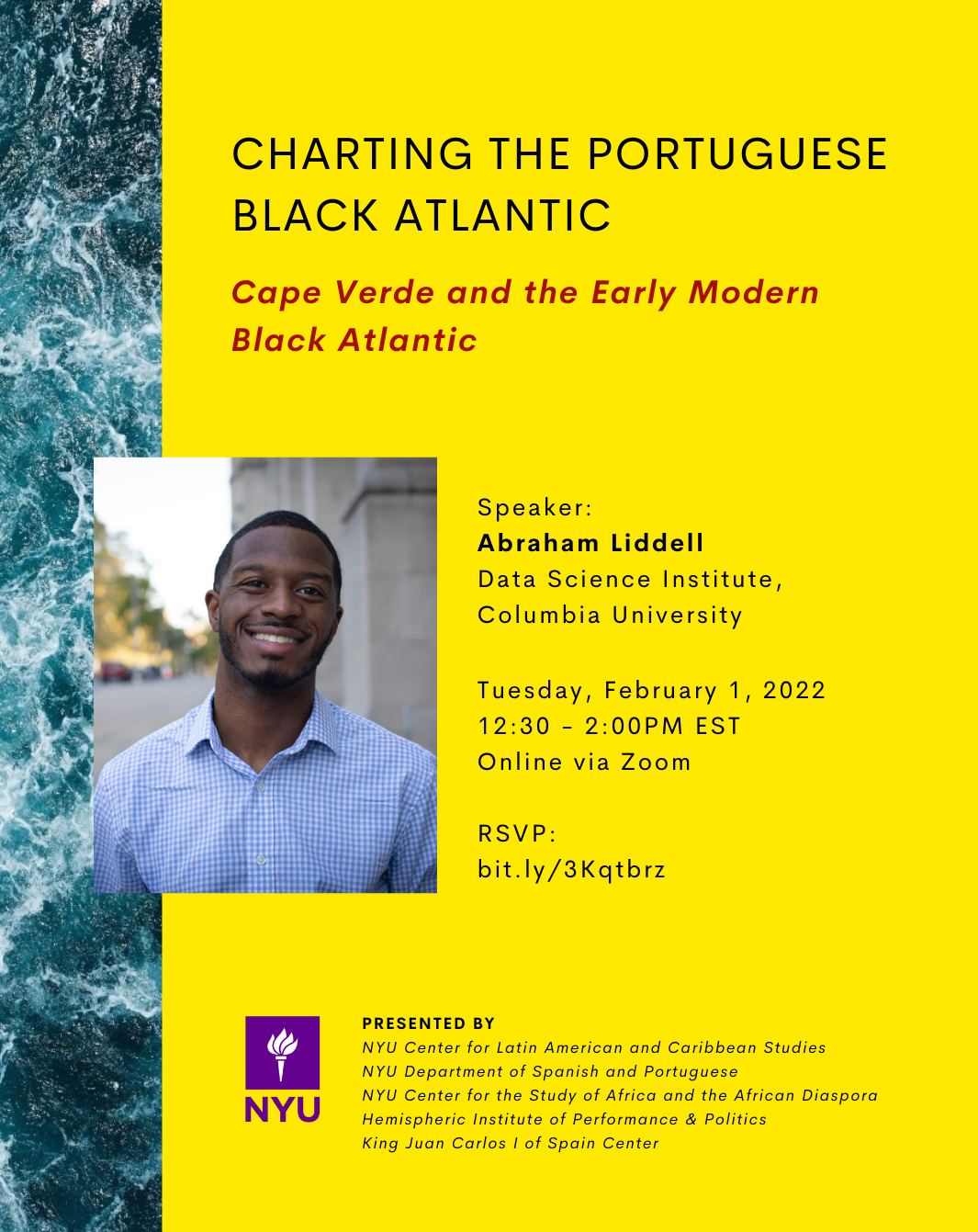