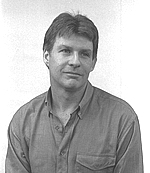 Why do we perceive the categories and causal relationships in the world we do? In the domains of categorization and causal reasoning, I address the age-old question of whether human knowledge derives largely from prior beliefs and biases (rationalism) or from observations (empiricism). In my research, I investigate how prior beliefs combine with our observation of property clusters to form our mental representation of categories, and how prior beliefs about possible causal mechanisms combine with observations of correlated variables to form our mental representation of causal relationships. In other areas of higher-level cognition such as skill acquisition and problem solving I also inquire how prior knowledge and skills influences current performance. To further the development of precise, quantitative theories, an important component of my research is the development of computational models.

Categorization and causal reasoning. In contrast to a strict empiricist view that categories are induced solely from observations, prior research has demonstrated that people (even very young children) often possess extensive (albeit tacit) theoretical beliefs and biases about the structure of the world that influences the way they acquire, represent, and use knowledge about categories. The most important form of theoretical knowledge is causal knowledge about how the world works (e.g., we not only know that birds fly and have wings, but that birds fly because they have wings). I have established that an object's category membership is a function of whether or not it conforms to the causal laws governing one's understanding of the category. I have also investigated the hypothesis that humans possess an innate tendency to postulate the existence of an invisible cause (i.e., called by some an essence) to explain the properties of categories that are directly observed.

In a number of other research projects I investigate the interplay between theoretical, linguistic, and empirical knowledge that takes place during the learning, development, and revision of conceptual systems. First, to evaluate the effects of knowledge versus empirical structure, I independently manipulate a category's causal knowledge and the statistical structure of its category members (e.g., the pattern of correlations among category attributes), and have found that judgments of category membership tend to be dominated by causal knowledge. Second, I investigate the nature of higher-level categories such as superordinate categories (e.g., mammal) that are abstract because do not specify any concrete features. Rather, these structures have the effect of constraining the allowable combinations of features that may appear in exemplars of the category. Third, I investigate the issues of disconfirmation and revision of conceptual systems in light of the theoretical knowledge that underlies those systems.

Computational modeling. I have three modeling efforts with respect to accounting for the effects of knowledge on categorization. First, I have developed a model of categorization named causal-model theory which utilizes Bayesian networks (also known as causal networks,or influence diagrams) as a representation, or model, of the causal knowledge associated with a category.

I have shown that causal-model 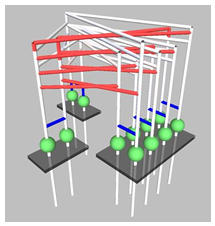 theory yields better fits to human classification performance in the presence of causal knowledge than traditional similarity-based models. Second, I have developed a connectionist model named the knowledge resonance model (KRES) which employs a constraint satisfaction network to account for the drastic reduction in the time required to learn a new category when the category is coherent, or makes sense, in light of prior knowledge. In this network, learning proceeds via contrastive Hebbian learning (rather than backpropagation) and prior-knowledge units accelerate learning by amplifying the activation of knowledge-consistent features and dampening the activation of knowledge-inconsistent features. Contrastive Hebbian allows the network to learn to suppress those prior knowledge units that are irrelevant in light of feedback. Third, I have conducted basic research involving the use of Latent Semantic Analysis (LSA) as a model of human conceptual knowledge. LSA analyzes large numbers of text documents in order to extract word/document co-occurrence information, andrepresents the meaning of lexical items in a high-dimensional semantic space. I am investigating LSA as a model of the statistical category knowledge that human learners extract from written text.

Problem solving and metacognition. I investigate the nature of metacognitive skills in the realm of problem solving. I have used signal detection theory to study to what extent are people able to detect that problems (i.e., algebra word problems) are unsolvable because of missing information. Use of signal detection theory provides estimates of detection sensitivity (i.e., the ability to discriminate between solvable and unsolvable problems) that are uncontaminated by response bias (i.e., the tendency to report that problems are unsolvable). In this research detection sensitivity and response bias were found to be affected by whether a "hint" that problems might be unsolvable was provided, indicating that many individuals possess the metacognitive skill to detect missing information, but that conscious effort is required for that skill to be deployed.

Interdisciplinary research. In the past I have been involved in interdisciplinary cognitive science research on the topics of computer programming and human-computer interaction. I have also investigated the role of background knowledge during learning from educational texts using Latent Semantic Analysis (LSA). A patent for the related task of automatic exam-grading is pending.