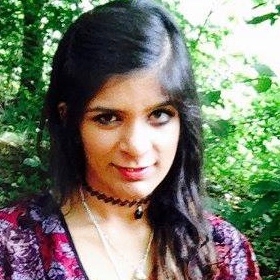 Mala is a PhD student at NYU interested in law & philosophy broadly, with a particular focus on information (intellectual property, technology, privacy, defamation, speech, and aesthetics). She is also a fellow at NYU School of Law's Engelberg Center on Innovation Law & Policy and a visiting fellow at Yale Law School's Information Society Project. Mala received her JD summa cum laude from NYU School of Law in 2018, where she was a Furman Academic Scholar, and received the Maurice Goodman Memorial Prize for outstanding academic achievement, the John Bruce Moore Award for highest excellence in law & philosophy, and the Bradley Fellowship for her scholarly work in freedom of speech. She was a Pomeroy Scholar and a Butler Scholar (awarded to the top ten students after 1L and 2L respectively) and elected to the Order of the Coif. Mala was also a summer associate at the law firms Durie Tangri LLP in San Francisco and Davis Polk & Wardwell LLP in New York, is clerking for the honorable Judge Robert Sack on the United States Court of Appeals for the Second Circuit in 2019-2020, and will be the Furman Academic Fellow at NYU School of Law in 2020-2021. She graduated from Stanford with her BA in philosophy and minor in symbolic systems in 2014. Aside from philosophy, Mala loves music, art, film, and stories.