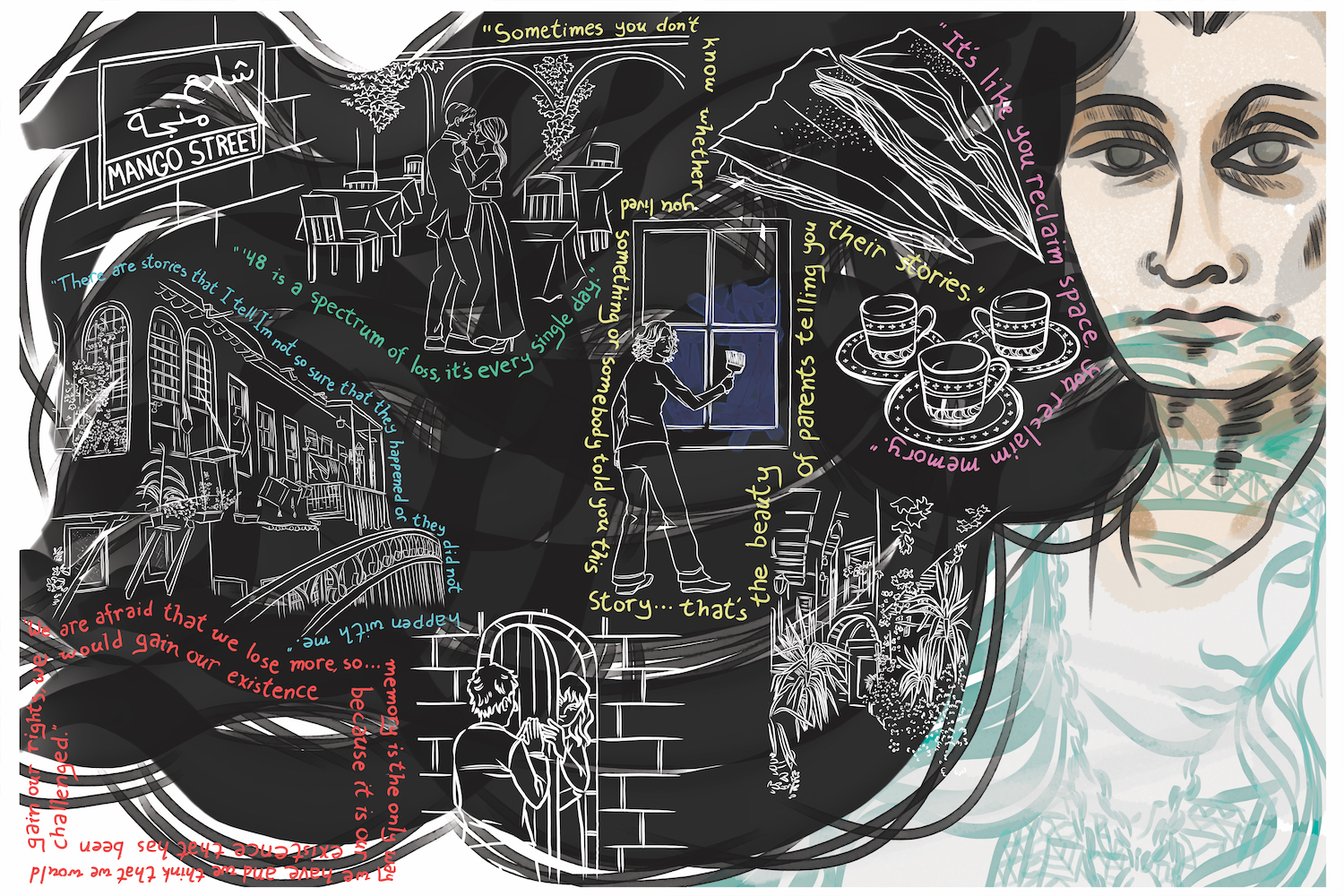 I felt that there were two defining concepts in Suad Amiry's interview. The first is the idea that our memories intermingle with the previous generation's, making it difficult to separate them out, and that these compounding memories are particularly important to Palestinians as their existence has been challenged. The second is Amiry's own descriptions of her burgeoning Palestinian identity and how that identity is a heavy burden at times. I created two corresponding pieces that are separate but also intertwine--very much like the concepts that Amiry brings up. The quotes throughout are Amiry's words. The title alludes to a story Amiry relates that explains a reason why she decided to live in occupied Palestine when she had the choice to live elsewhere. The quote goes as follows: "But I remember very well, there was a time where I was interrogated often by the Israelis in the '80s, not only me but many people who worked at Birzeit. And there was this Captain Yossi who was a specialist in professors at Birzeit University, and he would say, 'why would a woman like yourself come and live here when you have other options?' And I say 'you know what, Captain Yossi? The moment Palestine will be liberated from you, I'll probably leave.' So there is this also feeling that, you know, you cannot turn your back on something so unfair, so unjust, so unbelievably crazy, so unbelievably cruel, so unbelievably out of this world, you know what I mean? So, that's how I ended up there." 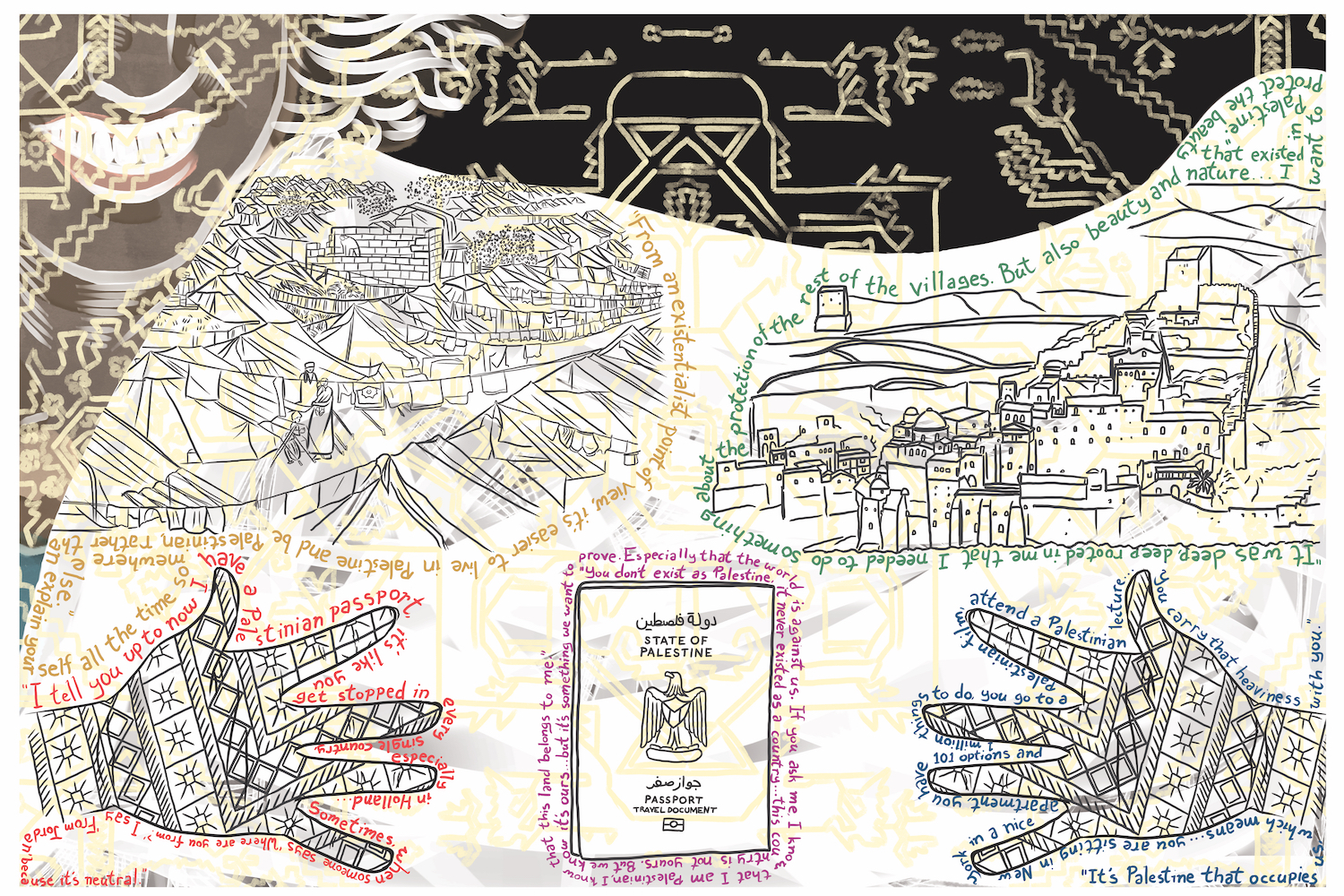 Highlights of the interview that inspired this piece,conducted by Fatima Mohie-Eldin & Kasper van Laarhoven

Suad Amiry is a Palestinian writer and architect. Born in Damascus to a Syrian mother and a Palestinian father from Jaffa, she now lives between Ramallah and New York CIty. She is the founder of Riwaq: Centre of Architectural Conservation, in Ramallah, and author of the acclaimed memoirs, Sharon and My Mother-in-Law (2005); Menopausal Palestine: Women at the Edge (2011); Nothing to Lose but your Life: An 18-Hour Trip with Murad (2011); and Golda Slept Here (2014). Suad is the recipient of Italy's renowned literary awards: Viareggia-Versilia (2004) and Nonino Risit D'Aur (2014). She and her organization, Riwaq, were also the recipients of the prestigious Aga Khan Award for Architecture in 2013.