“We had to make believe things were normal.”–Sumaya Yousef

These three works by Jacqueline Reem Salloum were inspired by Sumaya Yousef’s memories of growing up in Palestine and her attempts at creating a sense of normalcy while living through war and occupation.

The 1964/65 World’s Fair took place in Sumaya’s future home, New York City. The Fair’s theme, “Peace Through Understanding”, was “dedicated to man’s achievement on a shrinking globe in an expanding universe”. Many countries participated, including Jordan, which had a pavilion that displayed a mural of a woman holding a child and a poem dedicated to raising awareness for the plight of the Palestinian refugees. The mural popped the Fair’s utopian bubble, which caused controversy and created much tension, media attacks as well as protests and counter-protests. Ironically, the Jordanian pavilion foresaw the future and it wasn’t a time of peace or understanding…it was the 1967 war, which resulted in the further displacement of hundreds of thousands of Palestinians. Oum Kalthoum drowned out the sounds of the Israeli fighter jets and school days that provided escapism…Remembering the Future fuses Sumaya’s memories with visions from the World’s Fair into an entanglement that depicts images of Palestinian agency, as they actively challenge and undermine the Fair’s naïve narratives of the future. 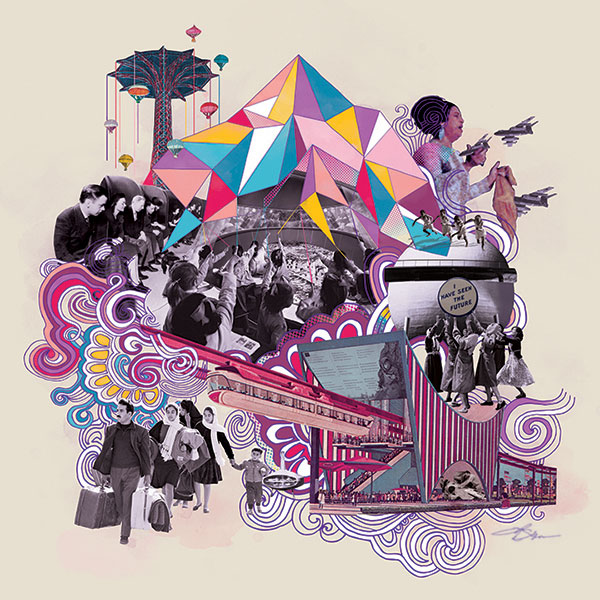 Sumaya grew up in Fawwar refugee camp near Hebron. Because of the dispiriting situation that continued after the '67 war, the camp didn’t celebrate birthdays and holidays. Fourteen year old Sumaya refused to accept the mournful ways of the camp and decided to throw a birthday party for her sister. She baked her a cake and organized the party that was excitedly attended by the children in the camp making it the first birthday ever celebrated in Fawwar. Sumaya’s resilient spirit spread through the camp and broke the taboo of celebration. Her sister still fondly reminisces about the first birthday she had in the camp every year on that day.

Ordinary from the outside, the work’s decoration is like any other birthday cake referencing Sumaya’s yearn for normalcy, though, when cut into, reveals the systemic violence and fear that permeates throughout the camp. 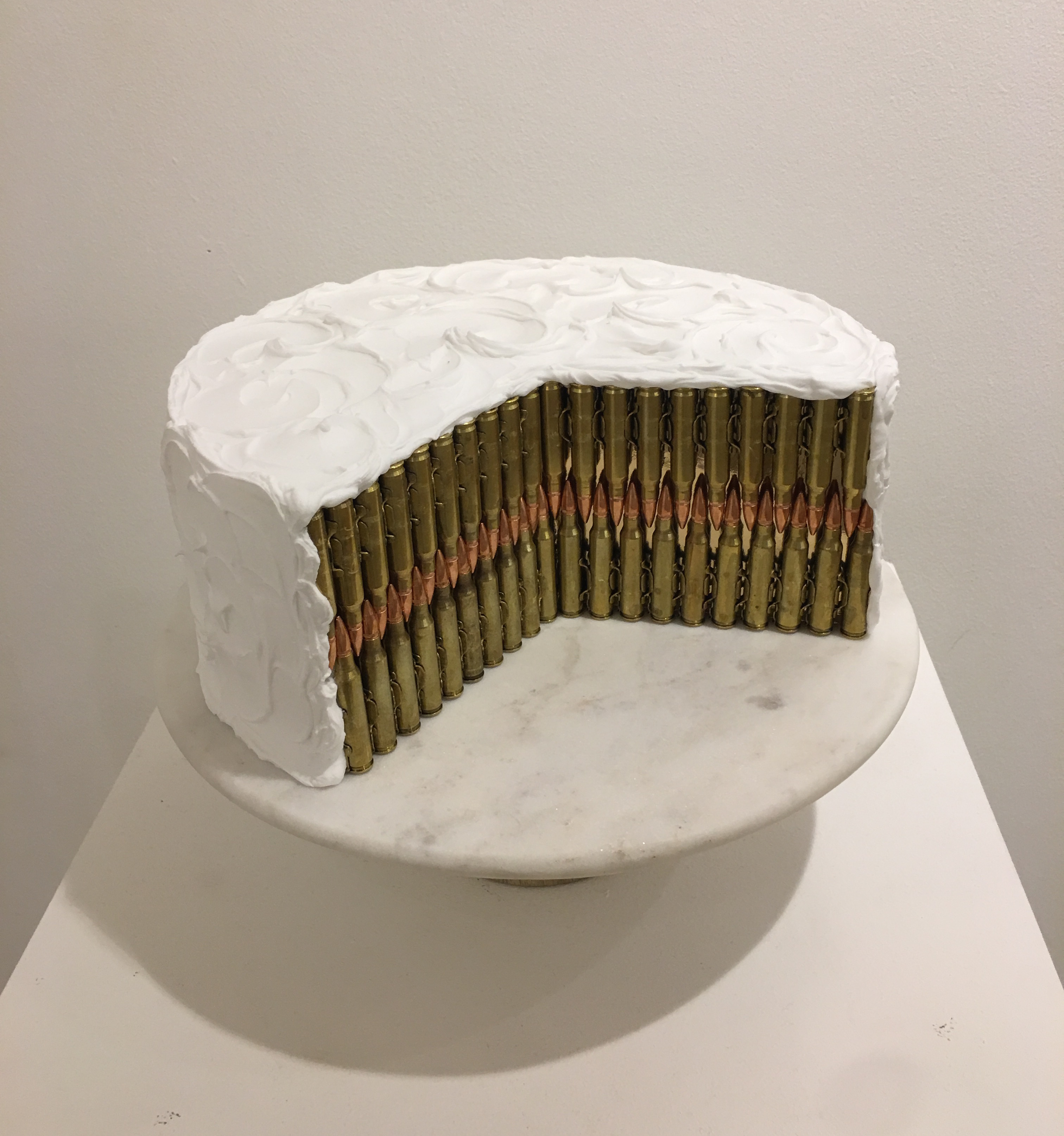 Sumaya and her friends often made dolls growing up from scraps of material found in the streets. This doll is a representation of two of Sumaya’s fondest childhood memories. One is of looking out at the wheat fields, which in her mind shimmered like gold. The other is of her favorite dish, maftool that her mother spent all day preparing from scratch. Her mother still sends her homemade maftool from Palestine. 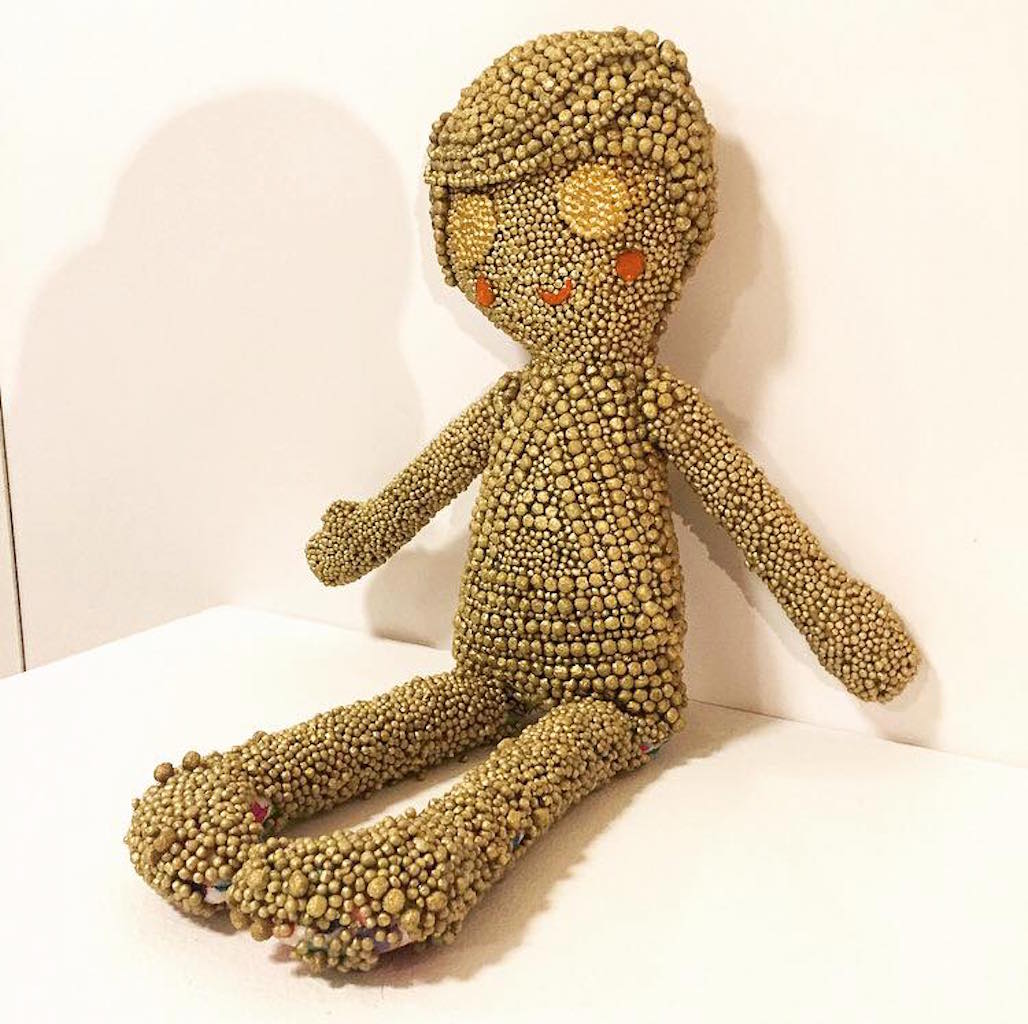 Highlights of the interview with Sumaya Ibrahim that inspired this piece, conducted by Ada Petiwala, Moné Makkawi, and Layla Qoran