The Faculty Resource Network (FRN) at New York University is an award-winning professional development initiative that sponsors programs for faculty members from a consortium of over 50 colleges and universities. The Network hosts lectures, symposia, and intensive seminars, all of which are designed to improve the quality of teaching and learning at its member and affiliate institutions.

After more than two decades in operation, their mission is to foster connection, collaboration, and collegiality through a partnership of colleges and universities dedicated to faculty development. Their programs and events meet the professional development needs of all faculty at our member institutions.

Each year, the Hagop Kevorkian Center cohosts a Faculty Development seminar open to faculty whose institutions are members of FRN. See the Faculty Resource Network Seminar website for more information about how to apply to take summer network courses.

FORTY YEARS OF REVOLUTION:  UNDERSTANDING STATE AND SOCIETY IN THE ISLAMIC REPUBLIC OF IRAN, THEN AND NOW

Iran is frequently presented in the media, but how much do we really know about this nation’s complex, diverse, and dynamic society? This week-long seminar will explore the various factors and manifestations of the 1979 revolution that overthrew the Pahlavi monarchy and led to the fashioning of the Islamic Republic in Iran. The seminar will study the revolutionary foment through contemporary sources, multidisciplinary materials, and an array of perspectives. This history of the revolution will set the stage for understanding post-revolutionary Iran and such questions as why the multi-class, urban, and ideologically plural revolutionary coalition gave way to an Islamist form of government; the extent to which Iran is simultaneously a republic and a clerically dominated political system; and how the revolutionary spirit is or is not sustained across four decades and different historical and global contexts. Interdisciplinary readings for the seminar will include assignments appropriate for undergraduate learners. Discussions will focus on ways to introduce primary and secondary source material on Iran to students new to the topic. The seminar will include invited academic and non-academic guests and possibly field trips.

Arang Keshavarzian is associate professor and director of graduate studies in NYU’s department of Middle Eastern and Islamic Studies. His general fields of research and teaching are comparative politics of the Middle East with a focus on issues related to political economy, authoritarianism, and social movements. Much of his writing focuses on modern Iran, although Keshavarzian has studied, conducted research, and taught in several other countries in the Middle East and North Africa. Keshavarzian’s research has revolved around questions of change and continuity as reflected and produced by socioeconomic hierarchies, political imperatives, and collective solidarities. His book, Bazaar and State in Iran (2007), traces the structure of the Tehran Bazaar under the Pahlavi monarchy and Islamic Republic, and sheds light on the organization and governance of markets as well as state-society dynamics. His current research examines the Persian Gulf in order to analyze the processes of late imperialism and globalization from the perspective of local circuits of trade and transnational alliances. Keshavarzian’s essays have appeared in Politics and Society, International Journal of Middle East Studies, Economy and Society, and Geopolitics, in addition to a number of edited volumes. He is on the editorial committee of Middle East Report and a member of the Board of Directors of the Middle East Studies Association.

REFUGEES AND MIGRANTS IN THE 21ST CENTURY 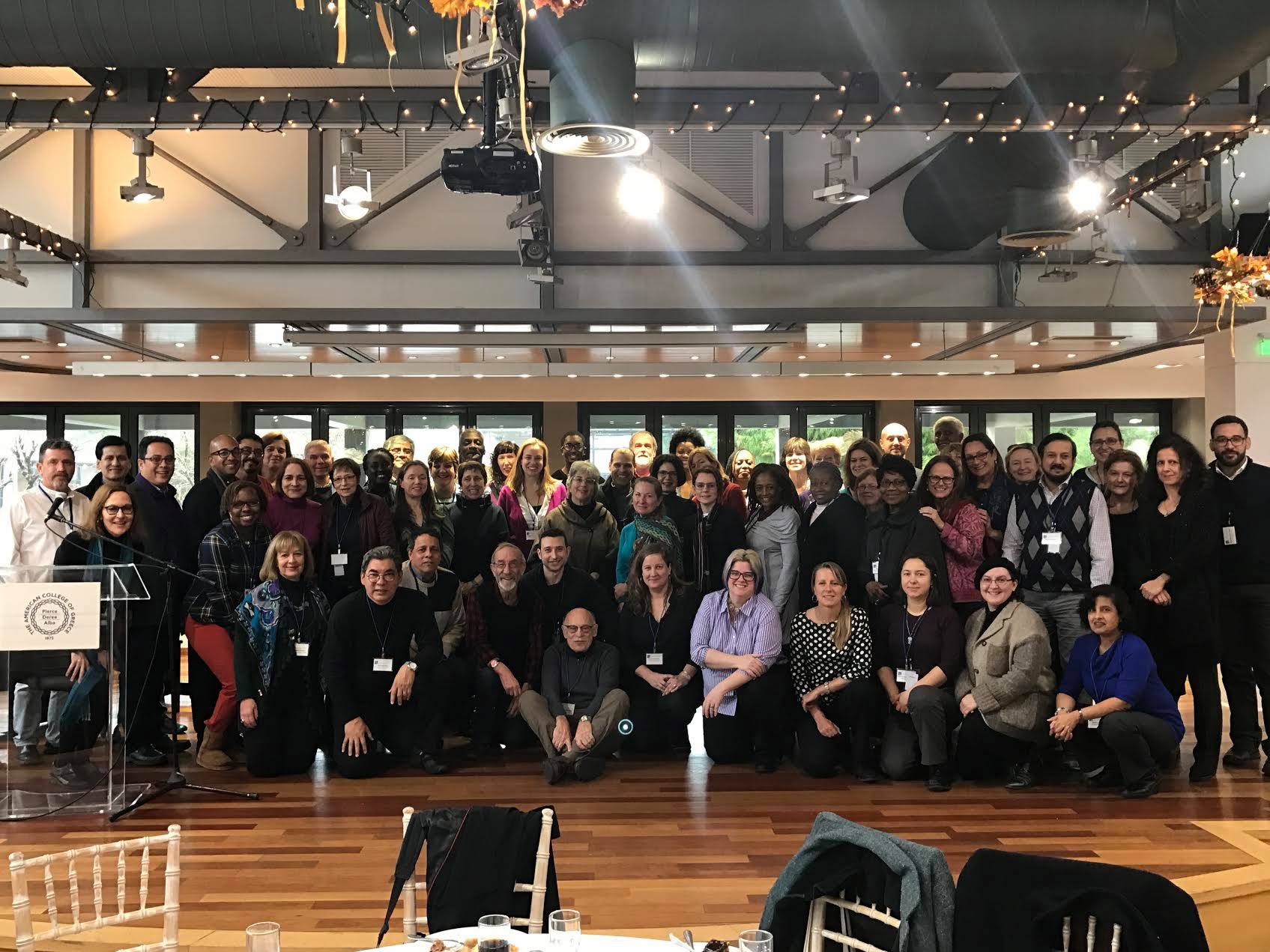 Sixty million people today are marked as refugees or are internally displaced within their own countries. If they made up a country, it would be the 24th largest in the world. What is driving this migration of people, the largest since World War II? The British-Somali poet Warshan Shire writes:

This seminar will examine why people are fleeing their homes; the networks of smuggling and traffic that have developed around the Mediterranean; the international refugee regime; refugee rights; and the various laws that countries and the European Union have developed to manage refugees and migrants. Greece, among other European nations, has been very visible as a site of this activity, although far larger numbers of migrants and refugees seek safety outside of Europe with far less attention from the media and international actors.

We will consider the choices refugees and migrants must make, the difficulties they face, the losses they suffer, and the achievements that come to define them. Most importantly, we will learn from the artistic, cultural, and non-fiction works of refugees themselves.

While no background or field specialization is required, this course will appeal most to historians, anthropologists, sociologists, political scientists, and area studies professors. We also will share strategies about teaching the subject of refugees and migrants in the college classroom, drawing partially upon Rochelle and Grace Benton's project "Teaching about Forced Displacement," which generated a number of transferrable classroom activities.

Rochelle Davis is an associate professor of cultural anthropology in the Center for Contemporary Arab Studies at Georgetown University's Edmund A. Walsh School of Foreign Service. Since July 2013, she has been the academic director of the M.A. in Arab Studies Program. Her most recent research in Jordan and Lebanon has examined both Syrian refugees displaced by the violence in Syria and Iraqi refugees who fled to Jordan and Syria post 2005. She has authored or co-authored a number of reports on this research. Her book, Palestinian Village Histories: Geographies of the Displaced (Stanford University Press), was co-winner of the Middle East Studies Association's Albert Hourani Book Award recognizing outstanding publications in Middle East studies. Her other research interests focus on the role of culture in the U.S. military in the war in Iraq. Her past research has explored Arab and Arab American identity and Palestinian social and cultural life prior to 1948. She has also collected over fifty oral histories of Palestinian Jerusalemites about their lives in the twentieth century. 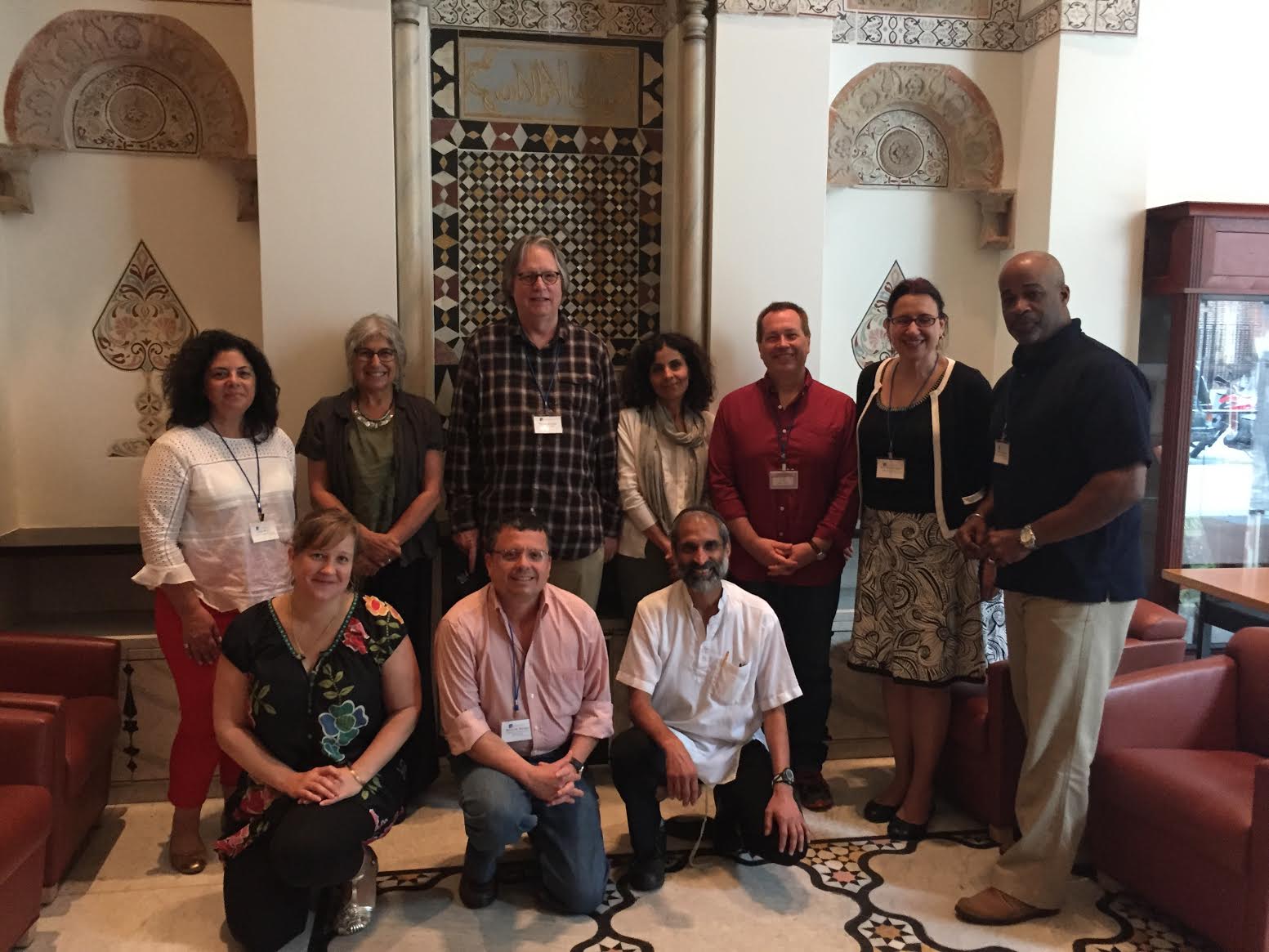 The religion of Islam has been at the center of political discourse in recent years. Issues of terrorism, the wars in Iraq and Afghanistan, the debate over the proposed Park 51 Islamic Center, “the Arab Spring” and the rise of ISIS/ISIL in Iraq and Syria have focused attention on Muslims and their religion. The ways in which Islam has been discussed within the media and certain corners of the academy since the tragic and morally inexcusable events of September 11, 2001, have often been problematic. Over the last decade there has been a veritable explosion of books and articles on Islam, many of which decry what they see as a lack of intellectual debate and moral discourse in the Islamic world. Pundits on cable news networks continually assert that "it is a shame that there are no anti-terrorist, pro-democratic voices within Islam." Muslims are regularly accused of "whitewashing" the negative aspects of their faith by journalists and commentators who have little or no scholarly knowledge of Islamicate culture, history or languages and often no personal experience of the Muslim world. These same opinions are also found in academic circles.

These kinds of opinions are at best rooted in ignorance and, at their worst, in prejudice and hostility. While it is true that there are "fundamentalist" voices within Islam which resist complex and multi-vocal interpretations of the basic sources of the tradition, they do not now, nor have they ever, represented the mainstream of Muslim thought. Islam has always maintained a variety of philosophical, theological and mystical expressions. It is Islam's diversity and ability to adapt to changing historical and cultural circumstances that is one of its primary characteristics and greatest strengths. This remains true today as Muslim intellectuals trained both in the West and in the Islamic world continue to address the complexities of the contemporary world. Among the numerous problems and issues that have drawn the attention of today's Muslim intellectuals has been the rise to prominence of "fundamentalists" and "Islamists" willing to use violence to achieve their goals. "Political Islamism" it must be noted is only one strain of thought in the Muslim world and it is rarely violent. More importantly, it is actively challenged by numerous alternative perspectives. Not only are "traditional" Muslims critiquing and challenging movements like the Taliban, Al-Qaeda, and ISIS/ISIL as theologically incorrect readings of Qur'an and hadith, but there are also vibrant "progressive" movements which draw upon feminist theory and liberation theology to develop radical new expressions of Muslim piety and political action.

Vernon Schubel is Professor of Religious Studies at Kenyon College where he teaches a variety of courses on Islam, including Classical Islam, Islam in Central Asia and Sufism; and religions of South Asia.

His primary research interest is Islam in Central and South Asia. He spent seven months as a Fulbright scholar in Multan, Pakistan, in 1989, where he conducted research on centers of Sufi pilgrimage and in 1996 he spent seven months of research in Uzbekistan. His book, Religious Performance in Contemporary Islam, was published by the University of South Carolina Press in 1993.

Nurten Kılıç-Schubel is Associate Professor of History at Kenyon Colleges. Her areas of research focuses on Islamicate history, especially political culture, state-building and gender in medieval and early modern Central Eurasia. She has spent significant amounts of time in Turkey and Central Asia, most recently as a Fulbright scholar in Kyrgyzstan in 2010.

Kilic-Schubel is currently working on two research projects. The first is a book-length project entitled "A State with Many Heads: Culture and State-Building in Early Modern Central Asia." The second explores women's writing and literary culture in early modern Central Asia. She teaches a wide range of courses related to Central Eurasia and the Middle East in both the pre-modern and modern periods including Ottoman Empire, Islamicate World and women and gender in the Middle East.