THE WAR WE LIVED: REMEMBERING THE IRAN-IRAQ WAR AFTER 40 YEARS 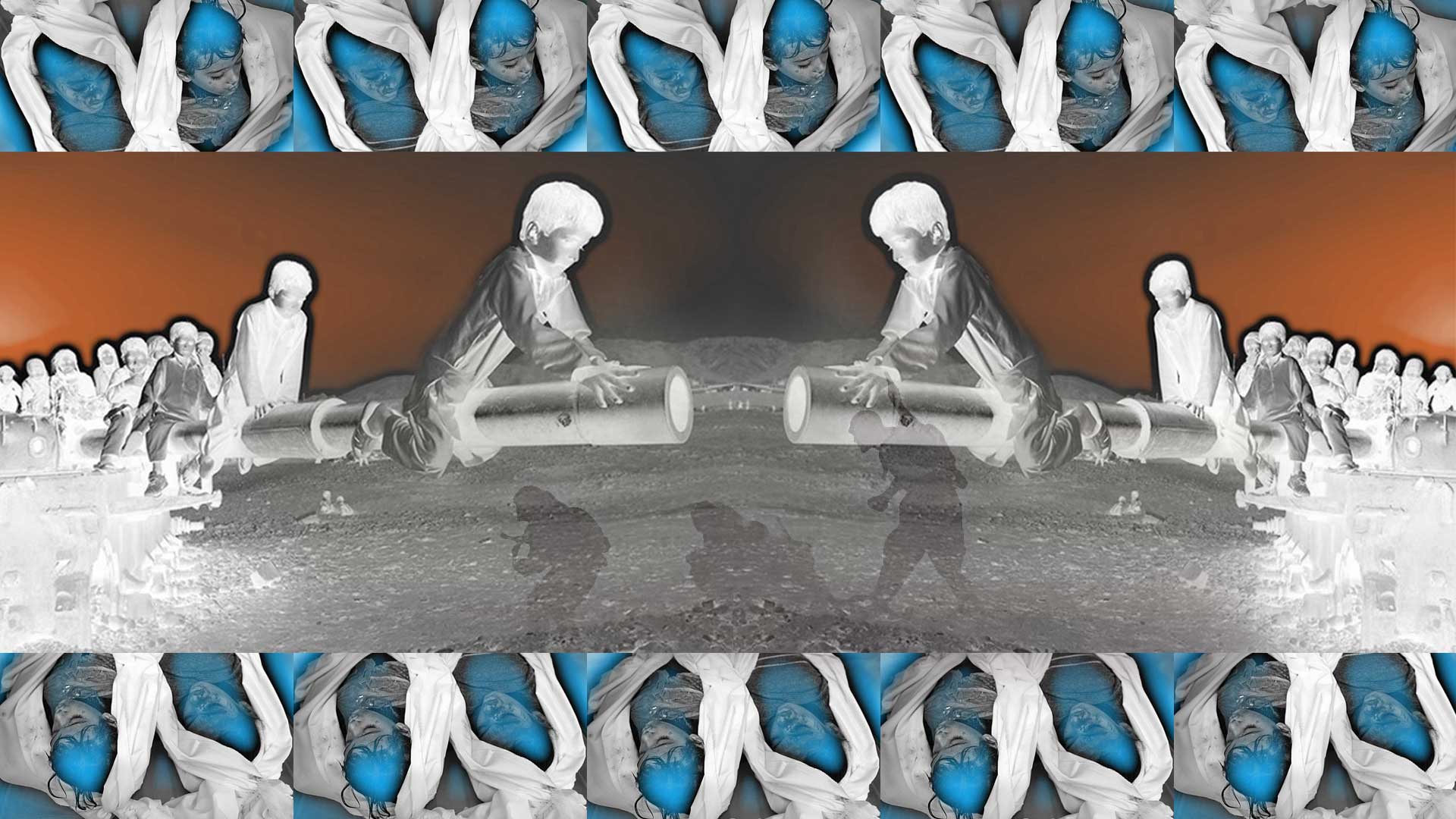 THE WAR WE LIVED: REMEMBERING THE IRAN-IRAQ WAR AFTER 40 YEARS

Do wars ever end? The year 2020 marks the 40th anniversary of the beginning of the Iran-Iraq War, calling for renewed reflections on thecultural, political, and psychological legacies of the conflict. This panel ofscholars and artists from Iran and Iraq will deliberate on the war’s cultural and artistic afterlife and reflect on how wartime experiences have shaped Iranian and Iraqi people's generational aesthetics and psychological sensibilities. Followed by the screening of an award-winning short animation film, this will be an intimate and interdisciplinary conversation on individual and collective memories, their representation inpostwar cultural and creative productions, and how the lasting pain of thepast shapes their hope for, and commitment to, peace.

This event is free, but registration is needed: bit.ly/KEVOISI1214

Orkideh Behrouzan is a physician, medical anthropologist, anthropologist of science and technology, and the author of Prozak Diaries: Psychiatry and Generational Memory in Iran (2016, Stanford University Press). She is the founder of the Beyond Trauma Initiative that builds on Behrouzan's academic work on the psychological and cultural legacies of the Iran-Iraq War and calls for innovative approaches to understanding Mental Health in the Middle East.  A bilingual author and poet, her short stories and poetry have been published in journals including Consequence and Frontiers and adapted to the theatre stage in the UK. Behrouzan teaches at the Department of Anthropology at SOAS, University of London. For more information, please click here.

Zainab Saleh is Assistant Professor in Anthropology at Haverford College. Her research focuses on memory, nostalgia, belonging, war, and violence in Iraq and the Iraqi Diaspora. She is the author of Return to Ruin: Iraqi Narratives of Exile and Nostalgia (Stanford University Press).  Currently, she is working on a book project titled, Uprooted Memories: Citizenship, Denaturalization, and Deportation in Iraq, which focuses on the deportation of Iraqi Jews, Iraqis of Iranian origin, and communist throughout the twentieth century. Her work has also appeared in American Anthropologist, Arab Studies Journal, Anthropology News, and Costs of War project with Brown University.

Haytham Bahoora is Assistant Professor of Arabic and Comparative Literature at the University of Toronto. His research has explored the relationship between aesthetics and politics, the emergence and transformations of new genres and styles in modern Arabic prose and poetry, and the intersections of textual, material, and visual forms in cultural production. He has published articles and book chapters on modernist Arabic poetry, gender and narrative, post-war Iraqi fiction, the early Arabic novel, and modernist architecture in the Middle East. His book, Aesthetics of Arab Modernity: Literature and Urbanism in Colonial Iraq, is forthcoming from Cambridge University Press.

Pamela Karimi is Associate Professor of Art History and Media Studies at University of Massachusetts, Dartmouth. Her primary field of specialization is art, architecture, and visual culture of the modern Middle East. Her second area of research is design and sustainability in North America. Karimi is the author of Domesticity and Consumer Culture in Iran: Interior Revolutions of the Modern Era (Routledge, 2013) and co-editor of Images of the Child and Childhood in Modern Muslim Contexts (Duke, 2012), Reinventing the American Post-Industrial City (Sage, 2015) & The Destruction of Cultural Heritage in the Middle East: From Napoleon to ISIS (Aggregate Architectural Collaborative, 2016). Her essays and reviews about the modern and contemporary art of the Middle East have appeared in Harvard Design Magazine, ArtMargins, Jadaliyya, Art Journal, Ibraaz, Bidoun, Honar-e Farda, and the Arab Studies Journal, among others.

Amir Moosavi is Assistant Professor of Comparative Literature in the Department of English at Rutgers University—Newark. He holds a PhD in Middle East and Islamic studies from New York University. Previously, he was a fellow at the Europe in the Middle East—Middle East in Europe (EUME) research program and Assistant Professor of Modern Iranian Studies at Brown University. His research and teaching interests cover modern Arabic and Persian literatures, with an emphasis on Iran, Iraq and the Levant. His publications have appeared in Alif, Arab Studies Journal, International Journal of Middle East Studies, Iran Namag and Middle East Critique. His recently co-edited volume titled Losing Our Minds, Coming to Our Senses: Sensory Readings of Persian Literature and Culture is under review and, with support from the ACLS and NEH, he is currently completing a book manuscript titled Dust That Never Settled: Afterlives of the Iran-Iraq War in Arabic and Persian Literatures.

Maryam Mohajer is a British-Iranian, BAFTA Winning animator-director who was born in Tehran, Iran just before living through revolution, war and immigration. With a background in painting, she discovered animation after moving to UK in year 2000. She got her MA degree in animation from the Royal College of Art. Her short films have been screened at many International festivals. She lives and works as an animator, writer, director in London.

Accommodation requests related to a disability should be sent to kevorkian.center@nyu.edu by December 7, 2020. A good-faith effort will be made to fulfill requests. Also be advised that this Zoom event will be recorded and made available after the event on our Youtube page.