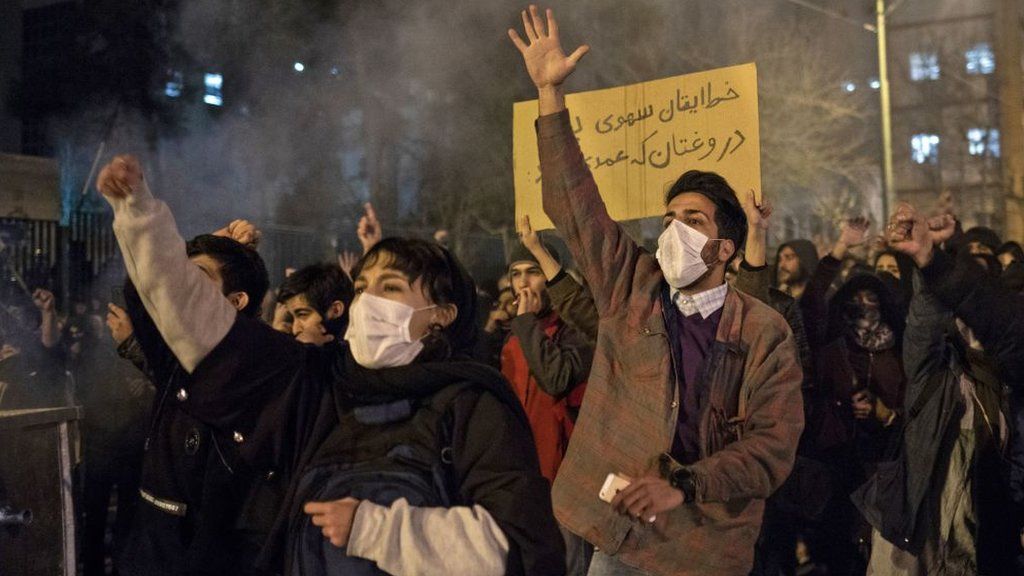 Peyman Jafari will moderate a conversation with panelists Narges Bajoghli, Manata Hashemi, and M. Ali Kadivar on recent protests in Iran. They will reflect on the social makeup of the protests, nature of the grievances, and the State’s harsh repression of the protest movements. The panelists will also reflect on Iran's protests in relation to global protests and the rise of social justice in the region.

This event is free, but registration is needed: https://bit.ly/ISINOV24.


Narges Bajoghli is an Assistant Professor of Middle East Studies at the School of Advanced International Studies at Johns Hopkins University. Narges' academic research is at the intersections of media, power, and military in the Middle East. Specifically, her research mainly focuses on regime cultural producers in Iran and is based on ethnographic research with Basij, Ansar-e Hezbollah, and Revolutionary Guard media producers. The resulting book, Iran Reframed: Anxieties of Power in the Islamic Republic, was published by Stanford University Press in September 2019. Outside of academia, she has written for the New York Times Magazine, the New York Times, Guardian, and the Washington Post, and has appeared as a commentator on NPR, PBS, and the BBC. She is the director of the documentary The Skin That Burns, screened at The Hague, Hiroshima, Jaipur, and film festivals throughout the United States.

Manata Hashemi is a sociologist and the Farzaneh Family Assistant Professor of Iranian Studies in the Department of International and Area Studies at the University of Oklahoma. In her research, she explores how people’s moral understandings influence their behaviors and life outcomes, particularly in low-income contexts in the Middle East. Her work can be found in the International Journal of Urban and Regional Research, Qualitative Sociology, the International Journal of Middle East Studies, the British Journal of Middle Eastern Studies, and The Muslim World among others. She is also the author of the forthcoming book, Coming of Age in Iran: Poverty and the Struggle for Dignity (New York University Press, 2020), which examines how a group of economically disenfranchised youth attempt to move up the social ladder in Iran.

M. Ali Kadivar is an Assistant Professor of Sociology and International Studies at Boston College. His work contributes to political and comparative-historical sociology by exploring the interaction between protest movements and democratization. He has examined both the internal organization, tactics, and perceptions of pro-democracy movements as well as their success or failure in gaining and sustaining democratic improvements. Kadivar’s research has been published in the American Sociological Review, Social Forces, Comparative Politics, Socius, and Mobilization.

Peyman Jafari is an associate research scholar with the Mossavar-Rahmani Center for Iran and Persian Gulf Studies at Princeton University, where he is writing a book on the history of state, capital and labor in the Iranian oil industry from 1973 to the present. Previously, he was a visiting scholar at SOAS, University of London and Columbia University. His articles have appeared in various peer-reviewed journals, including Labor History, International Labor and Working-Class History, Workers of the World - International Journal on Strikes and Social Conflicts.

Accommodation requests related to a disability should be sent to kevorkian.center@nyu.edu by November 17, 2020. A good-faith effort will be made to fulfill requests. A captioned version of this presentation will also be made available within a month to our Youtube page.

Also be advised that this Zoom event will be recorded and made available after the event on our Youtube page.