CANCELLED:Sovereignty and Geopolitics: German Diplomacy and the Constitutional Revolution, 1906-1911

With Jennifer Jenkins, University of Toronto

This lecture focuses on how German diplomats before 1914 supported what we now call Third World nationalist movements, and how this opened possibilities for new relationships between Germany and the representatives of new nations. During Iran’s Constitutional Revolution (1906-1911), German diplomats openly supported the Iranian nationalist movement, particularly its claims to sovereignty. These referred to the Persian nationalists’ desire for a functioning parliament as well as the all-important issue of economic sovereignty regarding state debt and the ownership of natural resources. In contrast to Germany, British and Russian diplomats did not recognize the claims of what they called “Muslim nations,” including Iran. Discussions between British and German diplomats in Tehran raised the issue of the sovereignty claims—and their emotional appeals to dignity, respect, and common humanity—put forward by Iran’s nationalist politicians.  The fact that Germany supported Iran’s national movement, and Britain and Russia did not, had significant repercussions in the following decades. 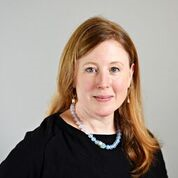 Jennifer L. Jenkins is an Associate Professor of German and European history at the University of Toronto, where she held a Canada Research Chair in Modern German History from 2004 to 2014. She is the author of Provincial Modernity: Local Culture and Liberal Politics in Fin-de-Siècle Hamburg (Cornell University Press, 2003).

She is also the co-editor, with Geoff Eley and Tracie Matysik, of German Modernities from Wilhelm to Weimar: The Contest of Futures (London: Bloomsbury, 2016). She is finishing Germany’s Great Game: The Reich and Iran in the Age of Empire on German diplomacy in the Middle East before 1914. Future projects include “Germany’s Orient, 1905-1979” and "Tehran 1943: Iran, Europe and the Second World War." She had held fellowships from the National Endowment for the Humanities, Harvard University, and the Alexander von Humboldt Foundation and was an Associate at the Zentrum Moderner Orient in Berlin (2017-2018).