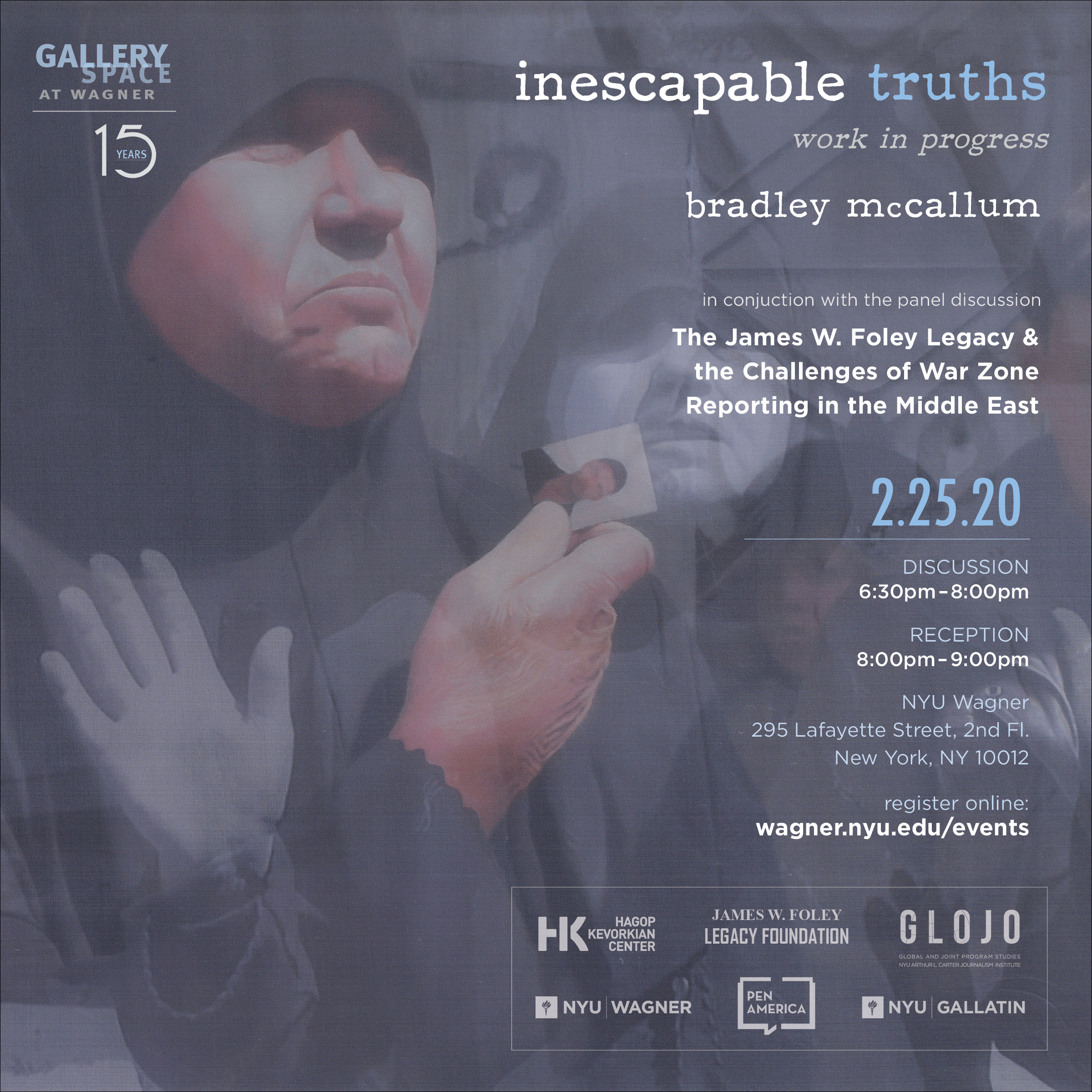 The Gallery Space at Wagner, in partnership with the James W. Foley Legacy Foundation and NYU’s Hagop Kevorkian Center for Near Eastern Studies, is pleased to announce the opening of our Spring 2020 exhibit Inescapable Truths: Work in Progress, paintings by Bradley McCallum. The exhibition will feature selections from McCallum’s acclaimed series of mixed media paintings based on previously unpublished source materials from the late James Foley. With the support of the James Foley Legacy Foundation, the artist gained unprecedented access to photographs, video footage, and journal entries from Mr. Foley’s photojournalistic archives. This extensive research served as the foundation for McCallum’s enigmatic and powerful artwork. The paintings comprising NYU’s exhibit constitute a limited preview of an on-going series—a project ultimately conceived as a counter narrative to the violence and injustice associated with Mr. Foley’s heroic and untimely death in most media outlets.

The panel discussion Inescapable Truths: The James Foley Legacy & the Challenges of War Zone News Reporting in the Middle East will serve as a companion piece to the exhibit. Experts in the fields of fine arts, journalism, and philanthropy will explore such issues as freedom of the press, the pitfalls faced by the current generation of war-zone photojournalists, and the activist/journalist dynamic that defined James Foley’s career. Confirmed speakers include:

The Human Rights Initiative at NYU Gallatin; and