On the Kingdom of Death and Madness: Visibilities and Counter-Surveillance in Tadmur Military Prison

On the Kingdom of Death and Madness: Visibilities and Counter-Surveillance in Tadmur Military Prison

NOTE: This is a research workshop and the audience is expected to have read the paper in advance. Please request the paper from kevorkian.center@nyu.edu 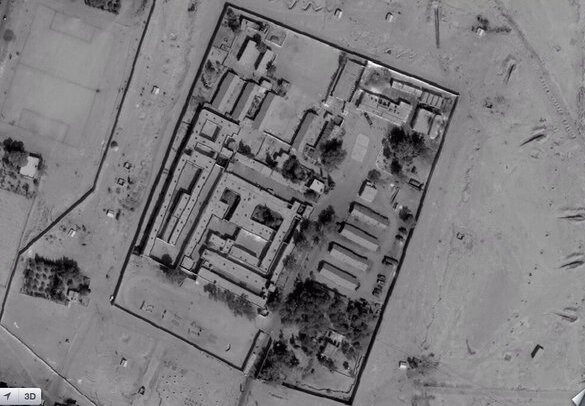 Prior to May 2015, human rights reports and works of Syrian prison literature as well as drawings and diagrams by prisoners have constituted the primary sources of knowledge, everything envisioned, about Syria's infamous Tadmur Military Prison.  In stark contrast to ISIS's efforts to make its temporary control and alleged 'liberation' of the prison so visible, for decades, the Syrian regime attempted to render the same site unseen through its steadfast denial of any human rights abuses or crimes against humanity perpetrated within the prison's walls. This essay analyzes how certain texts, like Mustafa Khalifa’s The Shell and Faraj Bayraqdar's The Betrayals of Language and Silence, have generated their own distinctive forms of counter-surveillance and ways of seeing and making visible the suffering of Syrian political detainees.

Shareah Taleghani is an assistant professor and director of Middle East studies at Queens College, City University of New York.  Her research focuses on cultural production, dissent, and human rights in the Middle East.

Sinan Antoon is Associate Professor at the Gallatin School for Individualized Study, where he teaches and researches pre-modern and modern Arabic literature and contemporary Arab culture and politics.  He has authored three novels: I`jaam: An Iraqi Rhapsody,  Wahdaha Shajarat al-Rumman/The Corspse Washer, and Ya Maryam, and his scholarly works include The Poetics of the Obscene: Ibn al-Hajjaj and Sukhf (Palgrave-Macmillan, 2014) and numerous essays on the poetry of Mahmoud Darwish, Sargon Boulus, and on contemporary Iraqi culture.