The Ottoman Vocabulary of Sovereignty at the Dawn of Empire

The Ottoman Vocabulary of Sovereignty at the Dawn of Empire

A Lecture by Christopher Markiewicz, University of Birmingham

Abstract: Ottoman conceptions of rule in the fifteenth and sixteenth centuries have most frequently been cast in relation to the Ottoman sultans’ activities as preeminent warriors of the faith (gazis). This focus is entirely justified, and, no doubt, expansion of the domains of Islam constituted an important aspect of Ottoman ideology in this period. And yet, in the sixteenth century, an alternative conception concurrently emerged that emphasized the cosmically ordained status of sultans as universal sovereigns. Significantly, this new vocabulary of sovereignty was shared by all of the major Muslim empires of the sixteenth century. This presentation will examine why the Ottomans adopted this new vocabulary in the sixteenth century and what processes facilitated its adaptation among the major powers of the Islamicate ecumene. 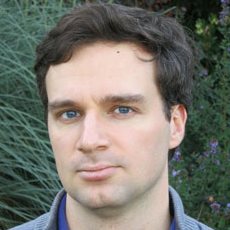