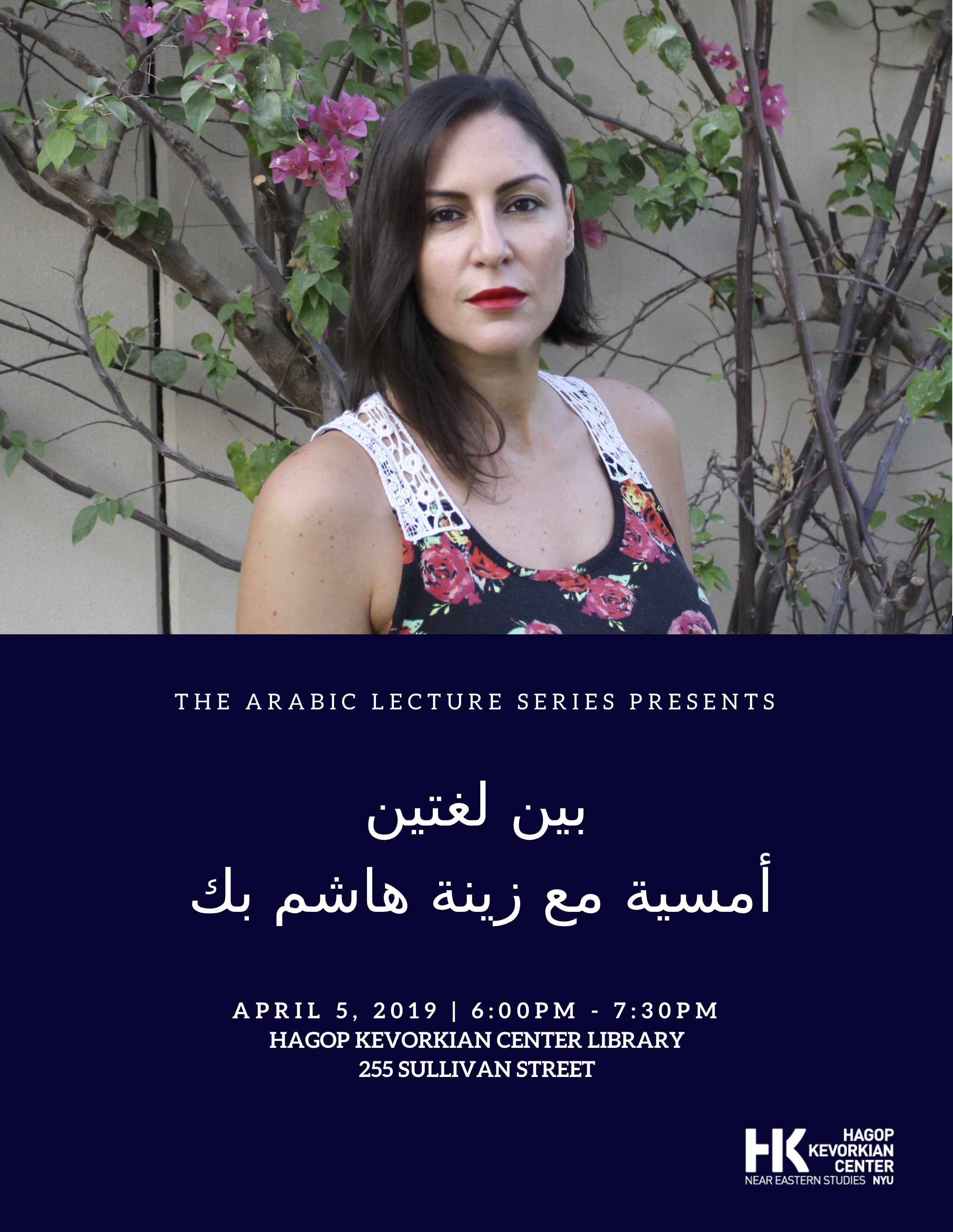 Lebanese poet Zeina Hashem Beck will read from her English-Arabic Duets, as well as her most recent collection, Louder Than Hearts (copies of which will be available for purchase), followed by discussion.

Zeina is an accomplished poet. Her second full-length collection, Louder than Hearts, won the 2016 May Sarton New Hampshire Poetry Prize. Zeina is also the author of two chapbooks: 3arabi Song, winner of the 2016 Rattle Chapbook Prize, and There Was and How Much There Was, a 2016 Laureate’s Choice, selected by Carol Ann Duffy. Her first book, To Live in Autumn, won the 2013 Backwaters Prize. Her work has appeared in Ploughshares, Poetry, the Academy of American Poets, Poetry London, and World Literature Today, among others. Her poem, “Maqam,” won Poetry Magazine’s 2017 Frederick Bock Prize. She lives in Dubai, where she has founded the poetry collective PUNCH.

Discussant Angela Haddad is a second year PhD candidate in Comparative Literature at New York University. Her research focuses on modern Arabic literature in a Global South context, and she is particularly interested in questions of border, migration, and translation that challenge or engage with concepts structured around “the nation”.

Don't miss the last lecture in the series: 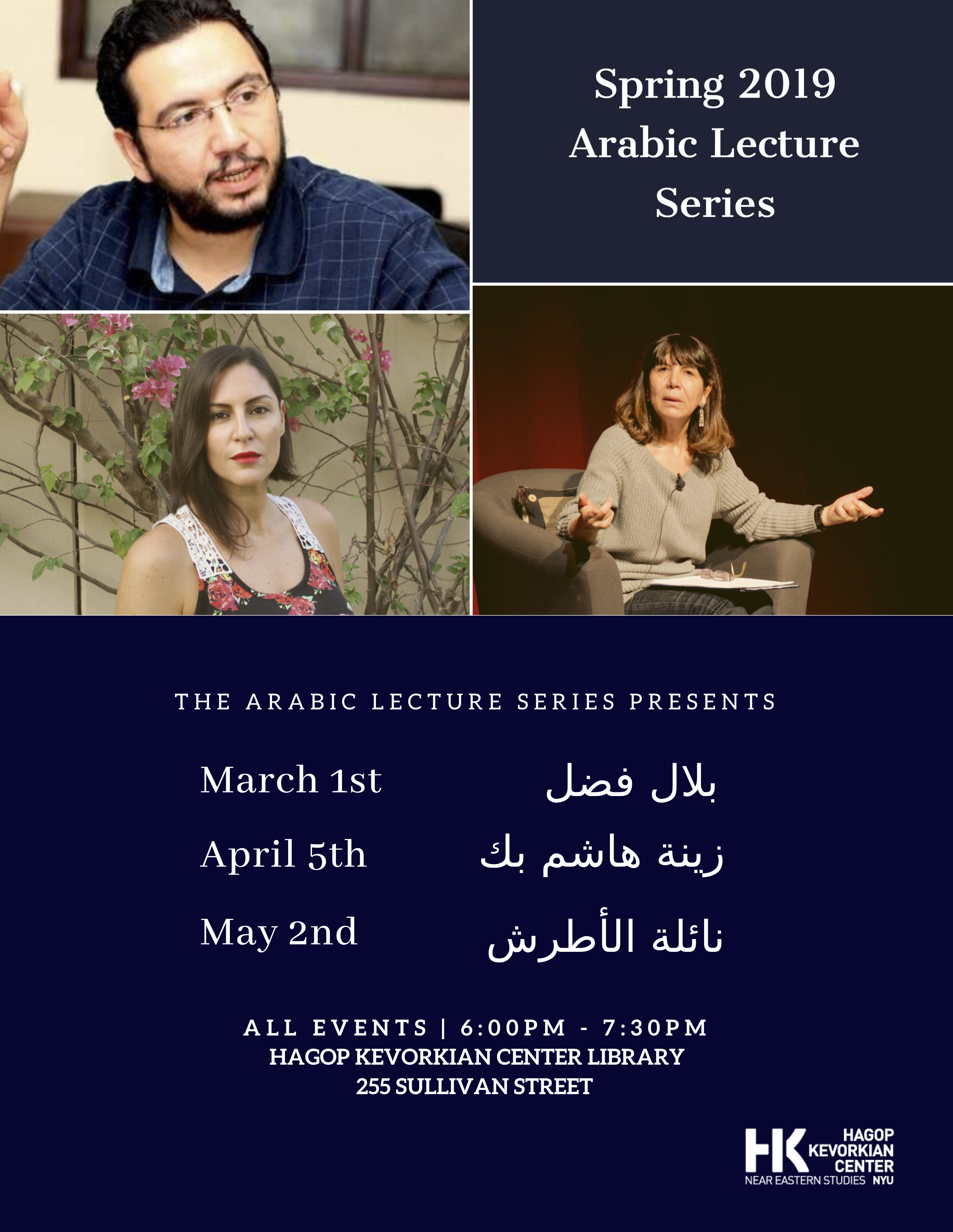