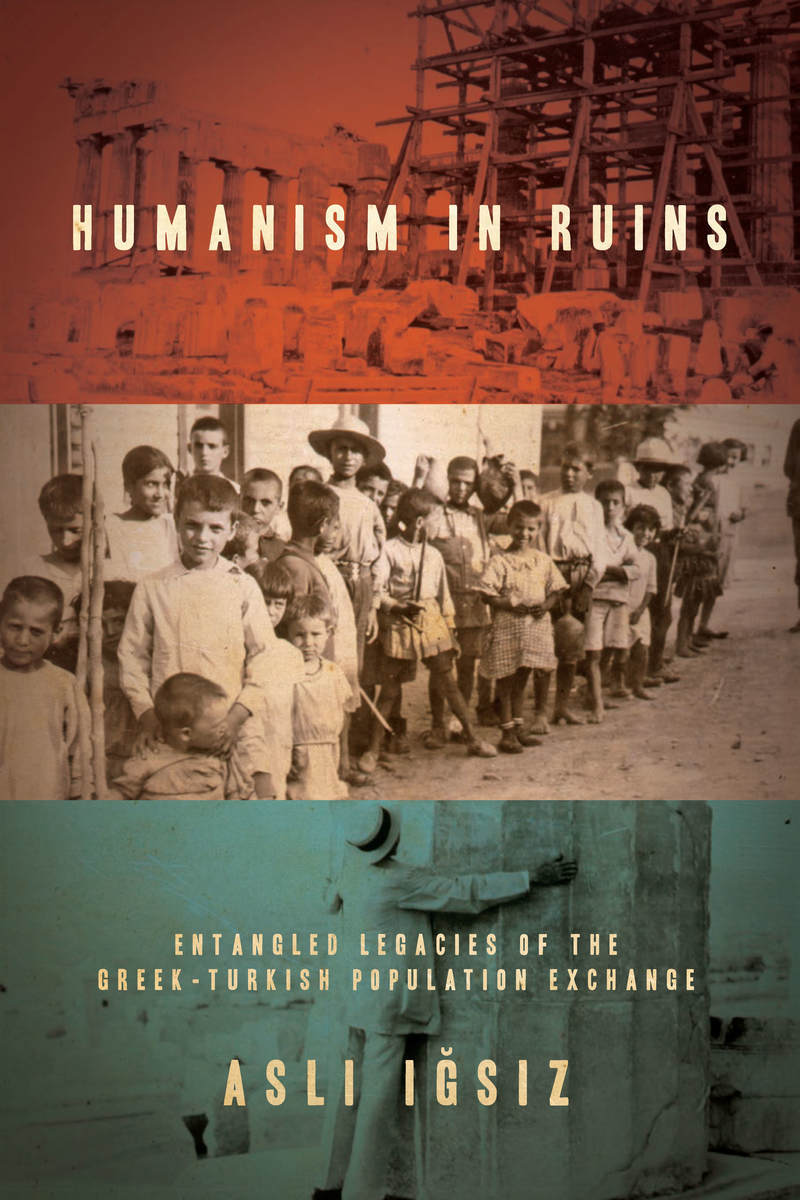 Join us, Aslı Iğsız and Paula Chakravartty for a discussion about Asli's new book, Humanism in Ruins: Entangled Legacies of the Greek-Turkish Population Exchange on Monday October 15, 2018 at 6pm.

The 1923 Greek-Turkish population exchange forcibly relocated one and a half million people: Muslims in Greece were resettled in Turkey, and Greek Orthodox Christians in Turkey were moved to Greece. This landmark event set a legal precedent for population management on the basis of religious or ethnic difference. Similar segregative policies—such as creating walls, partitions, and apartheids—have followed in its wake. Strikingly, the exchange was purportedly enacted as a means to achieve peace.

Humanism in Ruins maps the links between liberal discourses on peace and the legacies of this forced migration. Aslı Iğsız weaves together past and present, making visible the effects in Turkey across the ensuing century, of the 1923 exchange. Liberal humanism has responded to segregative policies by calling for coexistence and the acceptance of cultural diversity. Yet, as Iğsız makes clear, liberal humanism itself, with its ahistorical emphasis on a shared humanity, fails to confront an underlying racialized logic. This far-reaching and multilayered cultural history investigates what it means to be human—historically, socially, and politically. It delivers an urgent message about the politics of difference at a time when the reincarnation of fascism in different parts of the world invites citizens to participate in perpetuating a racialized and unequal world.

Aslı Iğsız is Assistant Professor of Middle Eastern and Islamic Studies at New York University. Her work examines cultural politics in relation to and within the Middle East, with a special focus on Turkey. Her research interests are situated at the intersections of political violence, cultural policy, and politics of representation, with a critical eye on the implications of the past in the present. Currently she is working on a new book project on transregional cultural politics informed by the notion of civilization, with Turkey as a particular case.