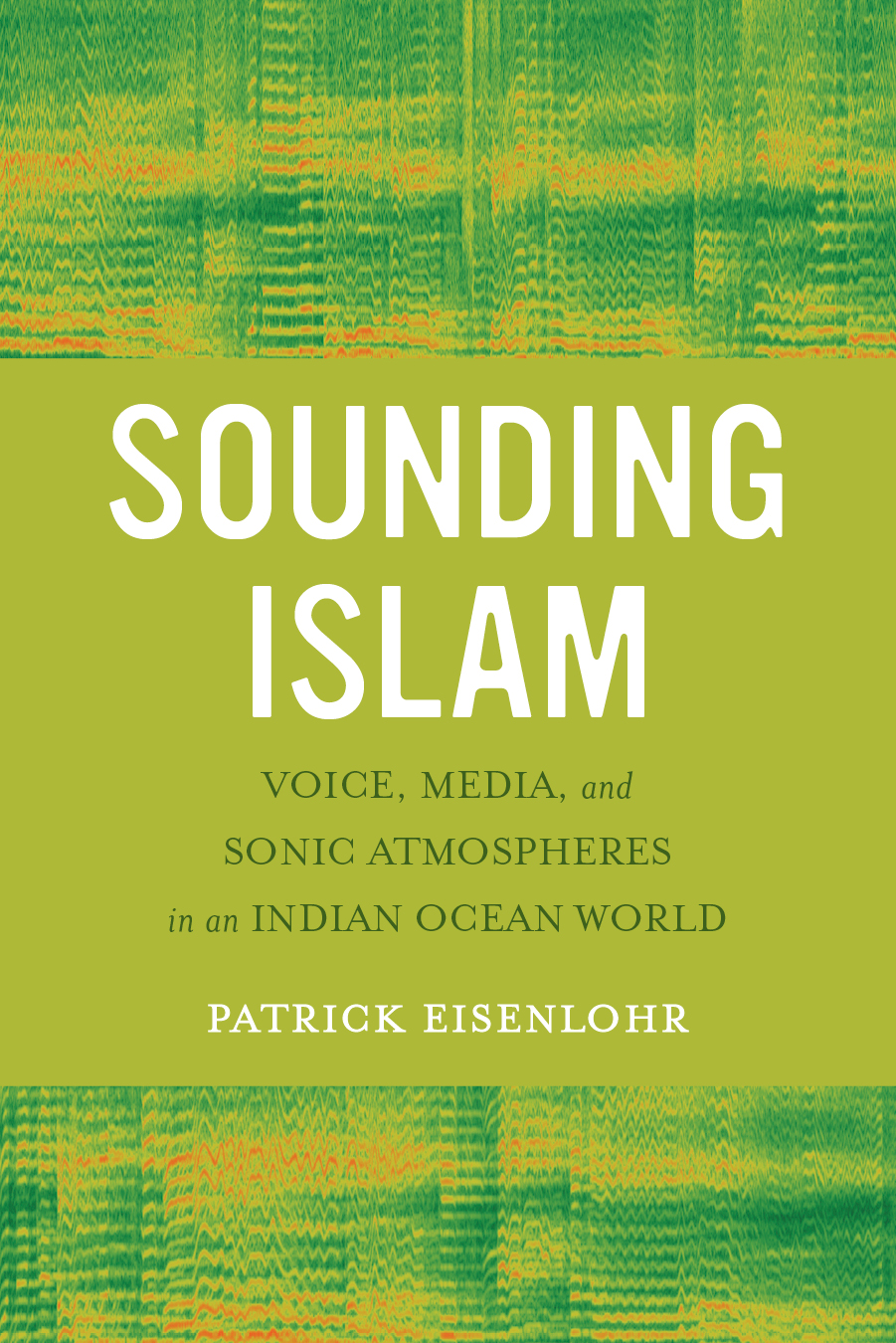 Sounding Islam provides a provocative account of the sonic dimensions of religion, combining perspectives from the anthropology of media and sound studies, as well as drawing on neo-phenomenological approaches to atmospheres.

Using long-term ethnographic research on devotional Islam in Mauritius, Patrick Eisenlohr explores how the voice, as a site of divine manifestation, becomes refracted in media practices that have become integral parts of religious traditions. At the core of Eisenlohr’s concern is the interplay of voice, media, affect, and listeners’ religious experiences. Sounding Islam sheds new light on a key dimension of religion, the sonic incitement of sensations that are often difficult to translate into language.

Patrick Eisenlohr is Professor of Anthropology, Chair of Society and Culture in Modern India at the University of Göttingen. He obtained a PhD from the University of Chicago and previously held positions at Washington University in St. Louis, New York University, and Utrecht University. He is the author of Little India:  Diaspora, Time and Ethnolinguistic Belonging in Hindu Mauritius. (University of California Press, 2006), and Sounding Islam: Voice, Media, and Sonic Atmospheres in an Indian Ocean World (University of California Press, 2018). He has conducted research on transnational Hindu and Muslim networks in the Indian Ocean region, particularly between Mauritius and India, the relationships between religion, language, and media, the sonic dimensions of religion, the links between media practices and citizenship, as well as language and diaspora.

We have discounted copies ($20) of  Sounding Islam: Voice, Media and Sonic Atmosphere in an Indian Ocean that can be purchased directly from James Ryan, please email him at James.Ryan@nyu.edu or make sure to purchase it after the event!