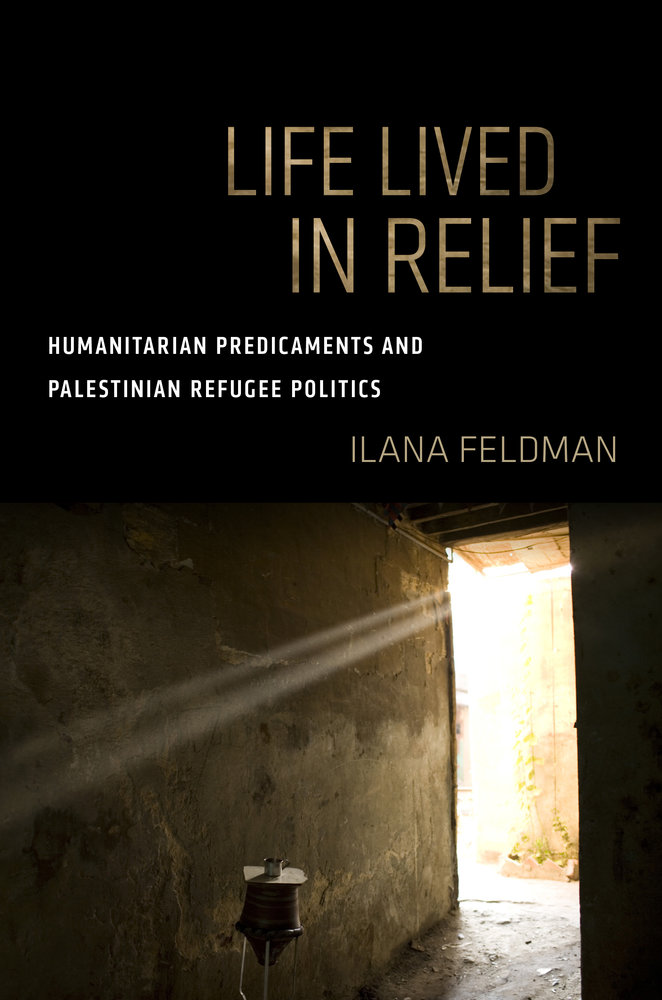 Palestinian refugees’ experience of protracted displacement is among the lengthiest in history. In her breathtaking new book, Ilana Feldman explores this community’s engagement with humanitarian assistance over a seventy-year period and their persistent efforts to alter their present and future conditions. Based on extensive archival and ethnographic field research, Life Lived in Relief offers a comprehensive account of the Palestinian refugee experience living with humanitarian assistance in many spaces and across multiple generations.

By exploring the complex world constituted through humanitarianism, and how that world is experienced by the many people who inhabit it, Feldman asks pressing questions about what it means for a temporary status to become chronic. How do people in these conditions assert the value of their lives? What does the Palestinian situation tell us about the world? Life Lived in Relief is essential reading for anyone interested in the history and practice of humanitarianism today.

Her research has focused on the Palestinian experience, both inside and outside of Palestine, examining practices of government, humanitarianism, policing, displacement, and citizenship.  She is the author of Governing Gaza: Bureaucracy, Authority, and the Work of Rule, 1917-67 (Duke University Press, 2008); In the Name of Humanity: The Government of Threat and Care (Duke University, 2010; co-edited with Miriam Ticktin); and Police Encounters: Security and Surveillance in Gaza under Egyptian Rule (Stanford University Press, 2015).

Miriam Ticktin is Associate Professor of Anthropology at The New School for Social Research. She was Chair of Anthropology from 2016-2018, Co-Director of the Zolberg Center on Global Migration between 2013-2016 and Director of Gender Studies from 2012-2013. She received her PhD in Anthropology at Stanford University and the Ecole des Hautes Etudes en Sciences Sociales in Paris, France, and an MA in English Literature from Oxford as a Rhodes Scholar. Before coming to the New School, Miriam was an Assistant Professor in Women’s Studies and Anthropology at the University of Michigan, and also held a postdoctoral position in the Society of Fellows at Columbia University.