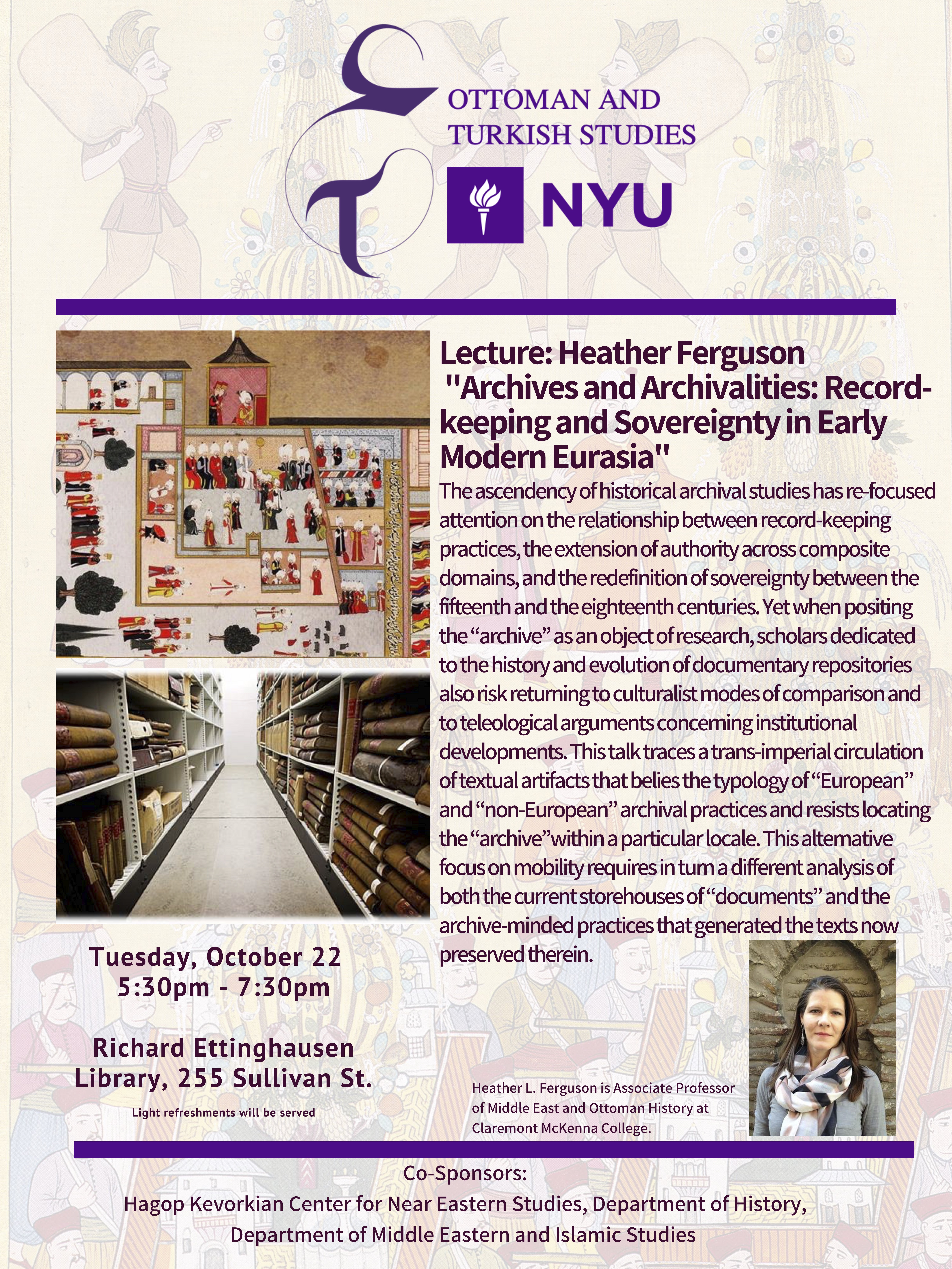 Heather Ferguson is associate professor of Ottoman and Middle Eastern history at Claremont McKenna College. She received an M.A. in Middle Eastern Studies from the University of Texas- Austin and a Ph.D. from the University of California- Berkeley. After completing a two-year postdoctoral position at Stanford University with the Abbasi Program in Islamic Studies and the History Department, she joined the faculty at Claremont McKenna in 2011 and is now an Associate Professor of Ottoman and Middle Eastern History. She is a 2014-2015 American Council of Learned Societies Fellow, for her book project entitled, The Proper Order of Things: Language, Power and Law in Ottoman Administrative Discourses published by Stanford University Press in June, 2018. Currently, she is working on a second monograph that explores Sovereign Valedictions: “Last Acts” in Ottoman and Habsburg Courts, with research focusing broadly on comparative early modern empires, documentary genres and discourses of power, linkages between archives and state governance, and legal and urban transformations around the Mediterranean. She serves as Editor of the Review of Middle East Studies, Associate Editor for the International Journal of Islamic Architecture, and is an inaugural member of the Claremont Faculty Leadership Program.

The ascendency of historical archival studies has re-focused attention on the relationship between record-keeping practices, the extension of authority across composite domains, and the redefinition of sovereignty between the fifteenth and the eighteenth centuries. Yet when positing the “archive” as an object of research, scholars dedicated to the history and evolution of documentary repositories also risk returning to culturalist modes of comparison and to teleological arguments concerning institutional developments. This talk traces a trans-imperial circulation of textual artifacts that belies the typology of “European” and “non-European” archival practices and resists locating the “archive”within a particular locale. It suggests instead that the coeval transformation of chancery practices across Eurasia challenges both the myopic focus on the historiography of “early modern European archives” and the usefulness of the “Islamic archive” posited as the counterpoint. Drawing on examples from circulatory textual regimes that cross and re-cross ethnolinguistic, territorial, and juridical boundaries, the talk challenges scholars of early modern archivality to attend to how the mobility and mobilization of texts offers an alternative site for the archive. This alternative focus on mobility requires in turn a different analysis of both the current storehouses of “documents” and the archive-minded practices that generated the texts now preserved therein. 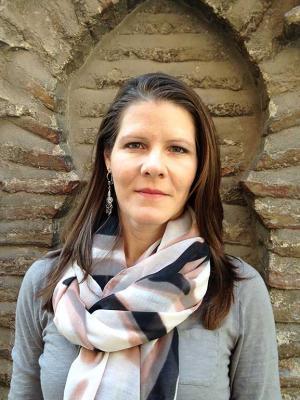