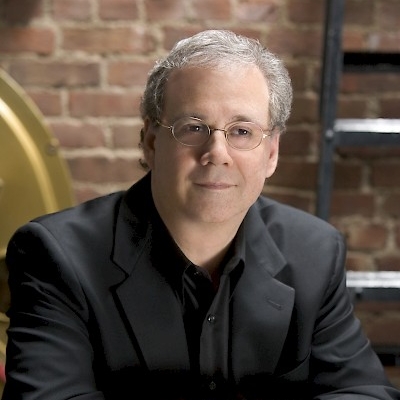 Over a career spanning four decades, Louis Karchin has amassed a portfolio of over 90 compositions, including two operas, orchestral music, chamber works, and works for solo instruments. His music has been performed throughout the United States, Europe and the Far East, and has been championed by such organizations and ensembles as the Chamber Music Society of Lincoln Center, Carnegie Hall, Tanglewood, the Ft. Worth Opera, Miller Theatre at Columbia University, the Louisville Symphony, the Da Capo Chamber Players, the New York New Music Ensemble, the Earplay Ensemble of San Francisco, the Plurimo Ensemble (Venice, Italy), and the Karos Percussion Ensemble (Seoul, South Korea), among others. Individual performers with whom Mr. Karchin has worked, often extensively over many collaborations, include cellist Fred Sherry, soprano Lucy Shelton, baritone Thomas Meglioranza, pianist Stephen Gosling, violinist Miranda Cuckson, and pianist Marilyn Nonken. Karchin’s works have garnered distinguished honors, including three awards from the American Academy of Arts and Letters, a Guggenheim Fellowship, four National Endowment for the Arts Awards, and Koussevitzky, Barlow, and Fromm commissions. Hailed as a composer of “fearless eloquence,” by critic Andrew Porter, writing in the New Yorker, Karchin was also singled out by critic Alex Ross for his masque, Orpheus, named one of the “top ten” new works for 2005. The British journal, Contemporary Music Review featured Karchin as one of twenty-five of the most exciting American composers born in the decade of the 1950's, and Karchin was honored as one of 53 composers to represent New York City in the Chamber Music Society of Lincoln Center’s millennial festival.

In addition to composing, Mr. Karchin has appeared as conductor with numerous performing ensembles, and co-founded the Chamber Players of the League-ISCM, the Orchestra of the League of Composers, the Washington Square Ensemble, and the Harvard Group for New Music. He studied at the Eastman School of Music and Harvard University; in 1971 and 1972 he was a Leonard Bernstein Fellow in Composition at Tanglewood. His primary teachers include Samuel Adler, Joseph Schwantner, Fred Lerdahl, Bruno Maderna and Gunther Schuller. He studied conducting with Leon Barzin in Paris, and opera conducting with Boris Goldovsky.

composition; analysis and performance of 20th- and 21st-century music

John Simon Guggenheim Foundation Fellowship; Goddard Lieberson Prize and Walter N. Hinrichsen Award from the American Academy of Arts and Letters; commissions from the Serge Koussevitzky Foundation of the Library of Congress; the Barlow Endowment at Bringham Young University, the Fromm Music Foundation at Harvard (two awards), the National Endowment for the Arts (three awards), and the New Jersey State Council on the Arts.