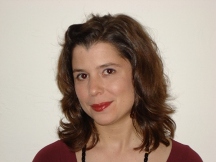 Dr. Cimini earned her Ph.D. in Historical Musicology in 2011 from New York University. Prior to her appointment at UCSD, she held an Andrew W. Mellon Post- Doctoral Teaching Fellowship in Music Theory from the University of Pennsylvania from 2011-2013 as well as a visiting position in Music Theory at the College of William and Mary from 2010-2011. Cimini is a historian and performer of music from the 20th and 21st centuries. Broadly, she is interested how performers, composers and audiences practice and theorize listening as an expression of community, sociability and political alliance, with special focus on improvisation, sound art and installation practices. Her book project, Listening in the Future Tense, examines the use of biological and ecological sound sources in late 20th century experimental music circles. Listening in the Future Tense animates surprising connections between these practices and developments in bioengineering, medicine and policy in the U.S. in order to understand how techniques of listening attuned to bodies, built spaces and ecological systems distribute knowledge, agency and security unevenly across the socio-political field. Cimini is also an active violist working across improvised, rock, noise and contemporary classical genres. She views performing, touring and recording as unique opportunities to merge research with creative practice. In her teaching, she draws on this experience to animate discussion, debate and creative engagement with how notions of identity and community are formed in situated events of performance and listening, from the concert hall to the classroom. Cimini looks forward to offering in courses in 20th century music history and music theory that reflect her commitments to critically engaged performance as well as specialized courses in music and political thought, philosophies of music, acoustic ecology as well as sound and new media.