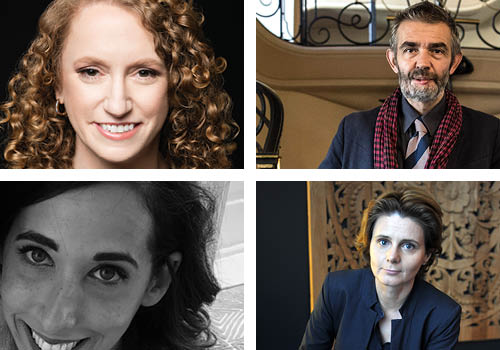 What does religious freedom mean in the public sphere? The French concept of laïcité, the result of a long historical struggle of the Republic against the power of the Church, has no equivalent in the US. Many Americans even consider it liberticidal for its apparent limitations on religious practice and observance. Are these concerns valid or a misconstruction? Is there still support for free speech when it comes to religion?

Philippe Lançon is a writer and French journalist who writes for Libération and Charlie Hebdo. Seriously wounded in the January 2015 terrorist attack perpetrated against the publication, his memoir, Disturbance was published by Europa in 2019. He is the author of L'Élan (Gallimard 2013), Le Lambeau (Gallimard 2018, Fémina prize, translated into English Disturbance), Chroniques de l'homme d'avant (Les Échappés, 2019).

Emily Hamilton is Executive Director of Justice for Kurds, a non-profit organization which raises awareness for the Kurdish cause in the United States, in France and abroad. She is the US-based agent and producer for French philosopher Bernard-Henri Lévy and a contributor to La Règle du Jeu journal. Emily was previously the Director of Development and Communications at the Cultural Services of the French Embassy in New York.