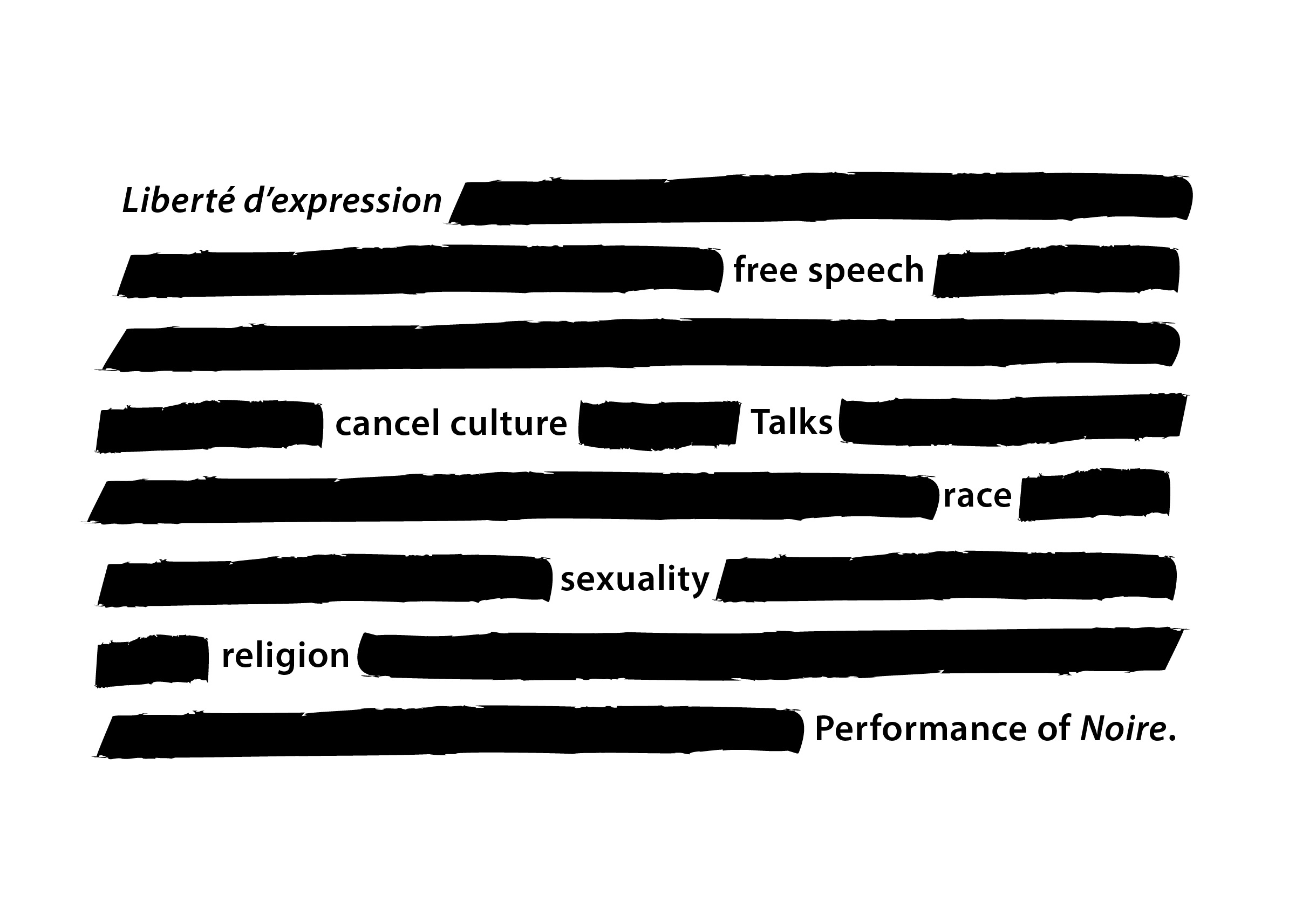 Co-presented by La Maison française of NYU, The Cultural Services of the French Embassy in the US, and FIAF

This April, three leading French cultural organizations based in New York bring together more than a dozen thinkers from the U.S. and France for a transatlantic festival investigating the state of liberté d’expression or free speech in the age of what has been called “cancel culture.”

Presented entirely online over the weekend of April 23 to 25, the festival features three in-depth conversations, each one centering on a hot-button issue: Religion on Friday, April 23 at 1pm ET; Sexuality on Saturday, April 24 at 1pm ET; and Race on Sunday, April 25 at 1pm ET.

Additionally, Tania de Montaigne’s performance Noire, a theatrical adaptation of her eponymous book about the Civil Rights Movement in the U.S., will be available to stream throughout the weekend, from April 23–25. A live talk with Tania de Montaigne will take place on Saturday, April 24 at 5pm ET.

Both fundamental rights in France and the United States, liberté d’expression and free speech seem to be equivalent. Yet their definitions and applications differ markedly in each country, as evidenced by media coverage of recent events.

Throughout this festival, writers, philosophers, journalists, and artists from France and the United States will try to understand and clarify misunderstandings of the respect of freedom and its limits in both nations, focusing on the subjects of religion, sexuality, and race.

Traditional, liberal-leaning American media often portray the French principle of laïcité (sometimes incorrectly translated as “secularism”) as a restriction on religious freedom, particularly that of Muslims, evidenced by the debates sparked by the assassination of French teacher Samuel Paty. And behind the freedom of morals, it suspects an underlying sexism, proof of which some American media find in the sexual harassment scandals in France that have recently been brought to light.

Conversely, the French press is regularly shocked by American puritanism and communitarianism, which, some say, lead to censorship of free speech in the media, at universities, and in the cultural realm. Despite this deep intellectual friction, the seismic impact of the #MeToo and Black Lives Matter movements have been felt on both sides of the Atlantic. Emboldened to speak up, citizens of both countries have taken it upon themselves to redefine public figures’ legacies, leading to the rise of a so-called “cancel culture”. 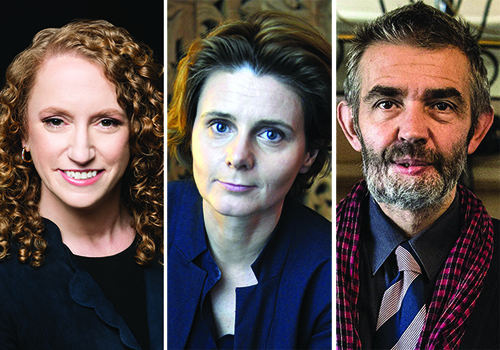 What does religious freedom mean in the public sphere? The French concept of laïcité, the result of a long historical struggle of the Republic against the power of the Church, has no equivalent in the US. Many Americans even consider it liberticidal for its apparent limitations on religious practice and observance. Are these concerns valid or a misconstruction? Is there still support for free speech when it comes to religion?

In the wake of the #MeToo movement, which originated in the US, France began reconsidering its stance towards sex and sexual liberation. Its attitudes that had fostered a culture of seduction and gallantry have been accused of also allowing a pattern of harassment and sexual assault. Some critics complained that this movement, born on social media, went too far, creating a climate of paranoia that limits free behavior instead of building a healthier framework for relationships. How has this movement evolved and changed over the years and should social media become a public court of opinion? 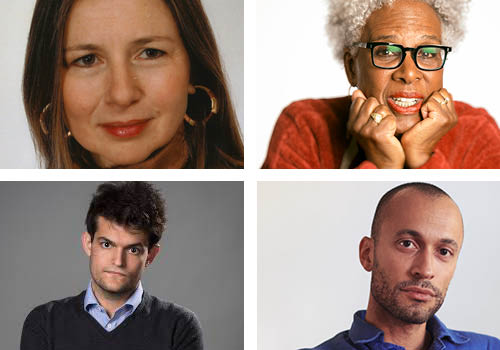 The denunciation of racism, in the wake of Black Lives Matter, has put questions of systemic discrimination in the US and in France into relief. But these two countries, with their different histories, have a distinct relationship to the notion of race, a word that is even taboo in France. While the United States grapples with a long history of slavery, France is often blamed for its supposed colorblindness and the difficulty it faces in addressing its colonial legacy. How do these different narratives translate into contemporary debates, such as accusations of historical revisionism or criticism of cultural appropriation? 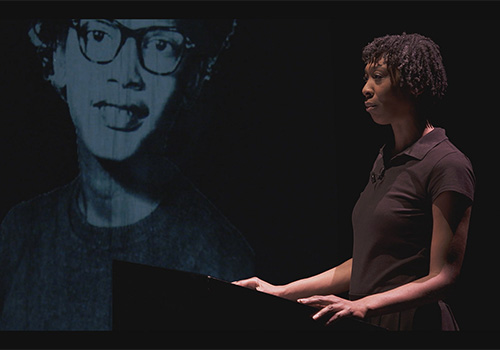 In Montgomery, Alabama, on the 2:30pm bus on March 2, 1955, 15-year-old Claudette Colvin refused to give her seat to a white passenger. Despite threats, she remained seated. Thrown in jail, she decides to plead not guilty and to sue the city. No one before her had dared this.

Based on Tania de Montaigne’s eponymous novel, Noire is the story of this heroine, still alive but forgotten. Noire is also a portrait of this legendary city, where Martin Luther King, a 26-year-old pastor, and Rosa Parks, an unknown 40-year-old seamstress, crossed paths. Noire is the story of a fight that still goes on against racist violence and injustice.

The performance will be available to stream online all weekend from Friday, April 23 to Sunday, April 25. A link will be posted here.

On Saturday, April 24 at 5pm ET, Tania de Montaigne will present her creative process behind the performance of Noire and discuss what inspired her to bring the story of this little-known American heroine to a French stage.

Located in the heart of New York City, FIAF is the country’s leading French language and cultural center. FIAF’s mission is to create and offer innovative and unique programs in education and the arts that explore the evolving diversity and richness of French and Francophone cultures. We seek to generate new ideas and promote cross-cultural dialogue through partnerships and new platforms of expression. FIAF supports its mission by developing unique artistic programs, commissioning new works, and engaging in co-presenting partnerships with a broad spectrum of New York cultural organizations. Flagship programs that serve a wide range of audiences include: Crossing the Line Festival, CinéSalon film program, Young Audience Program, and Animation First Festival. FIAF keeps event ticket prices low and offers many programs free of charge.

The Cultural Services of the French Embassy promotes the best of French arts, literature, cinema, digital innovation, language, and higher education across the US. Based in New York City, Washington D.C., and eight other cities across the country, the Cultural Services brings artists, authors, intellectuals,and innovators to cities nationwide. It also builds partnerships between French and American artists, institutions,and universities on both sides of the Atlantic. In New York, through its bookshop Albertine, it fosters French-American exchange around literature and the arts.