EVENT CANCELLED: What Can Culture Do? French Cultural Policy as Model - Laurence Engel

THIS EVENT HAS BEEN POSTPONED. The French Ministry of Foreign Affairs has asked French government officials not to travel outside of the European Union for the time being. A new date for the fall will be announced. 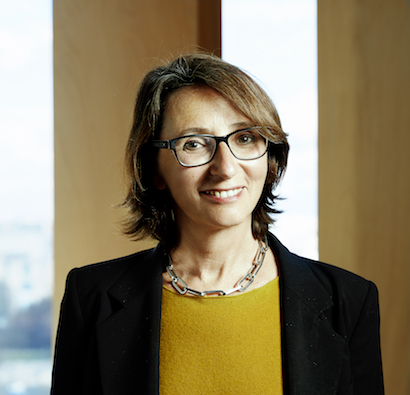 Laurence Engel was appointed President of the National Library of France (Bibliothèque nationale de France) and took up her post on April 11, 2016.

A graduate of ENS (Ecole Normale Supérieure) Fontenay-aux-Roses, IEP (Institut d’Etudes Politiques) and ENA (Ecole Nationale d’Administration), she is a member of the Cour des Comptes (French Court of Audit).

Laurence Engel has spent her career in the service of French culture. After joining the Franco-German cultural TV network ARTE, and later the public television network “La Cinquième,” she was appointed as Adviser on Audiovisual Matters to Catherine Tasca, then Minister of Culture and Communication, from 2000 to 2002. She was Cultural Advisor to Mayor of Paris Bertrand Delanoë from 2003 to 2008 and afterwards served as Director of Cultural Affairs for the City of Paris. From 2012-2014, she served as Director of the Cabinet Office for the Minister of Culture and Communication Aurélie Filippetti.  She next joined the Cour des Comptes and was appointed as Ombudsman for the Book. During this time, Laurence Engel also served as Chair of the Board of Directors of INHA (Institut National de l’Histoire de l’Art) and Chair of the Finance Commission of the AFP (Agence France Presse).

She has published various books and articles, in particular about cultural policy, for the French journal Esprit.