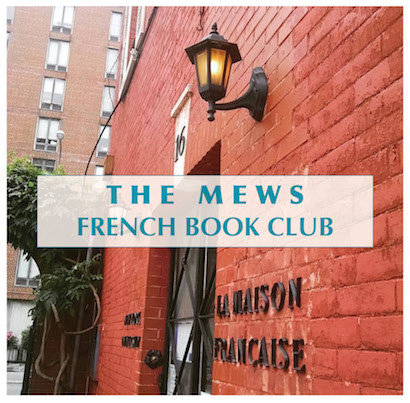 The new series takes place at La Maison Française of NYU on several Friday evenings from 6:00 to 7:30 p.m.

The book to be discussed on February 28 is Ladivine by Marie NDiaye.

Please register by February 27 on Eventbrite.

Free and open to the public. Space is limited.

Catherine Cusset is the award-winning, best-selling author of thirteen novels published by Gallimard. She taught literature at Yale between 1991 and 2002 and lives in New York City. Her novel Un brillant avenir received the Goncourt des Lycéens Prize in 2008 and her novel L’autre qu’on adorait was a finalist for the Goncourt Prize in 2016. The Story of Jane was published by Simon & Schuster in 2001 and Life of David Hockney came out in May 2019 with Other Press.

The next meeting will be on Friday, April 10 to discuss the first volume of Vernon Subutex by Virginie Despentes.