Philosophy and Anarchy: Anatomy of a Disavowal - Catherine Malabou 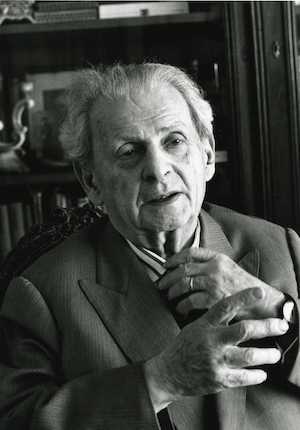 "The issue of anarchy is at once metaphysical and political. Nevertheless, (French) philosophy and politics have always turned their backs on each other when defining it.  One of the fundamental motivations of my lectures is to understand the reason of such a non-dialogue.

Different, sometimes contradictory, signs are making manifest the necessity of a new interrogation on anarchy in the current global political situation, far beyond the idea of a violent strategy against the State. How are we to understand and interpret those signs?"

Catherine Malabou is a Professor in the Philosophy Department at the Centre for Research in Modern European Philosophy (CRMEP) at Kingston University, at the European Graduate School, and in the department of Comparative Literature at the University of California Irvine, a position formerly held by Jacques Derrida.

Her last books include Morphing Intelligence, From IQ To IA, CUP (2018), Before Tomorrow: Epigenesis and Rationality (Cambridge: Polity Press, 2016, trans. Carolyn Shread), Self and Emotional Life: Merging Philosophy, Psychoanalysis, and Neuroscience (with Adrian Johnston; New York: Columbia University Press, 2013); with Judith Butler, You Be My Body For Me, For, Corporeity, Plasticity in Hegel's Phenomenology of Spirit (London: Blackwell, 2012).

Sponsored by Department of French Literature, Thought, and Culture