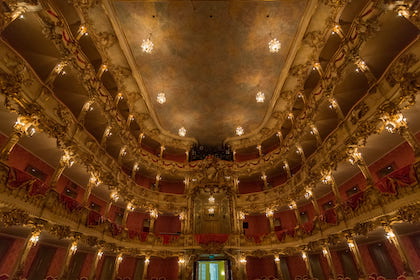 February 13
Abbandonata e condotta a morire: Handel in Italy
Under the direction of Dorian Bandy
Staging by Gina Crusco
Music by G.F. Handel

Two crises unfold at the edge of the sea: A young woman loses her lover, a mother loses her life by her son's command. Abbandonata e condotta a morire is a monodrama exploring issues of love, fidelity, and the right response to wrong action. Featuring Handel’s Armida abbandonata and Agrippina condotta a morire and instrumental music never before heard in New York.