African Catholic: Decolonization and the Transformation of the Church - Elizabeth A. Foster 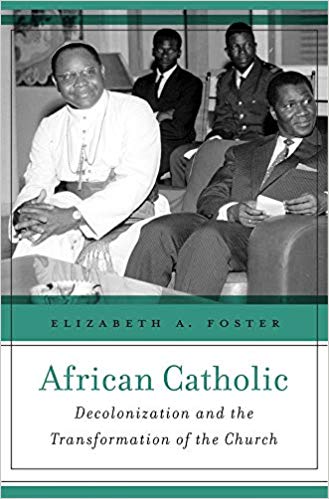 African Catholic (Harvard University Press, 2019) by Elizabeth A. Foster examines how French imperialists and the Africans they ruled imagined the religious future of French sub-Saharan Africa in the years just before and after decolonization. The story encompasses the political transition to independence, Catholic contributions to black intellectual currents, and efforts to alter the church hierarchy to create an authentically “African” church. Elizabeth Foster recreates a Franco-African world forged by conquest, colonization, missions, and conversions—one that still exists today.

Elizabeth A. Foster is the author of Faith in Empire: Religion, Politics, and Colonial Rule in French Senegal, 1880–1940, which won the Alf Andrew Heggoy Book Prize from the French Colonial Historical Society. She is Associate Professor of History at Tufts University.